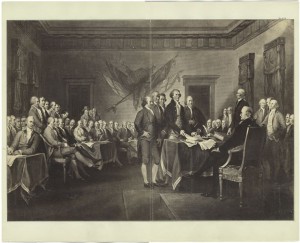 There is much anxiety in the news today about the threat posed by radicals, especially radical Islamists. The book “Rules for Radicals” by Saul Alinsky is blamed for discord, with the charge that it has been used by revolutionaries around the globe to change or overthrow existing governments. Radicals are generally thought to be suspicious trouble makers. It’s a bum rap.

Historically radical doesn’t necessarily mean bad. The word simply means favoring fundamental change. Galileo, Copernicus and Christopher Columbus had radical ideas that changed the world for the better. Consider these radical revolutionaries: George Washington, Benjamin Franklin, Thomas Jefferson, James Madison, Thomas Paine and Patrick Henry. They had radical ideas like “no taxation without representation” and a government founded on the authority of “we the people” instead of Jesus Christ, which was the norm in Europe at the time.

These radical revolutionaries dared to fight a war against an empire that had its own official Christian national religion, and dared to challenge the fundamental values of that empire. Recognizing that religion in government had led to countless cruel religious wars, crusades, inquisitions, pogroms, witch burnings, and repression of science, they had the nerve, when they prevailed, to officially exclude religion from government in the interest of protecting citizens’ freedom. They left “God”, “Jesus” and “Christianity” completely out of their new United States Constitution and its Amendments.

They also had the courage, despite opposition from some churches, to explicitly codify separation of state and church in the First Amendment. They made freedom from government established religion the first right in our Bill of Rights.

Political candidates pander to evangelicals for votes, arguing that, in a democracy, the majority rules. This ignores the fact that our radical founders gave us a “constitutional” democracy with civil rights. The Bill of Rights is intended to protect the minority from the tyranny of the majority. That’s what a right it. The majority can’t take it away. A lynch mob is majority rule.

Today the United States is the big empire in the world, and we have largely forgotten our radical revolutionary roots. We take our freedom for granted, and ignore the sound and hard won government principles that preserve it. Conservative politicians rant against government as an evil monster, forgetting that in this country, the government is “we the people”. If the text of the Bill of Rights were put to a popular vote today, without being identified as our Bill of Rights, conservatives would probably reject it as just too radical.

Today religious people talk about their “God given rights” and ignore the Constitution as unnecessary. They cite the Declaration of Independence, where it says all men “are endowed by their Creator with certain unalienable Rights,” as proof, as if this was scripture. But those words were written by those same radical founders of our government, with Thomas Jefferson writing the first draft. The rights we enjoy in the U.S. Today came from those radicals, not from a God. They are the foundation of our freedom, and they’re enforced by our government, not a God, when the Supreme Court sees fit to do so.

So is there really any such thing as “God given rights”? Good luck finding anything about human rights in the Bible. Nothing there comes close to our Bill of Rights, because we are all God’s creations, subjects of the divine King, and He can do whatever He wants with us. The Book of Job makes that crystal clear. There is no bill of rights in the Bible protecting us. Instead the Bible gives us commandments demanding faith and obedience. Displease God and you burn forever.

Religious folks like to give their God credit for our freedom, but the truth is we owe all the comfort and security we enjoy living in a “free country” to those radicals and their Bill of Rights.

(Photo credit: Signing of the Declaration of Independence; http://digitalcollections.nypl.org)

Chris Allen served as co-director of the Utah Chapter of American Atheists for 12 years then co-led Utah Atheists / Salt Lake Valley Atheists for eight more.  As an activist he fought city council prayer, graduation prayer, state crosses on public land, religious tax exemption, and intrusions of religion into public schools. He initiated five law suits, wrote guest editorials, appeared on TV and radio, served on a legislative committee, and wrote a successful opposing argument in the Utah voters guide. He is a retired software engineer with an MSEE degree from Rice University. 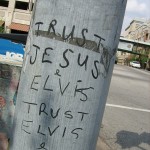 May 3, 2016
Unmasking the Myth of the Mythical Jesus
Next Post 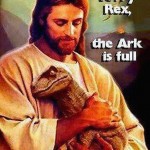 May 13, 2016 Unmasking the Myth of the Mythical Jesus, Continued..
Recent Comments
0 | Leave a Comment
Browse Our Archives
Follow Us!