Unmasking the Myth of the Mythical Jesus 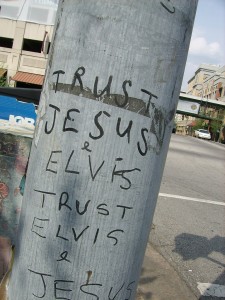 In Volume I of Through Atheist Eyes: Scenes From a World That Won’t Reason (my collected short works), I reprinted an updated version of an article I had originally written back in the 1980s. The essay was titled “Did Jesus Exist?” It had been written after I unexpectedly—indeed, to my great consternation—had converted myself to the Mythicist position that “Jesus of Nazareth” was not an historical figure. Rather, I had been forced to conclude that he was a completely mythological character—starting as a heavenly Christ and ending as an earthly Jesus of Nazareth. I had set out to investigate the claim of American Atheists founder Madalyn Murray O’Hair that “Jesus Christ Super-Fraud” had never actually lived and that there was no compelling evidence whatsoever to make one suppose the contrary. I was positively scandalized, and I set out to make a list of all the existing evidence to demonstrate his historicity. I quickly was astounded at what I didn’t find. Upon careful, scientific investigation, all the arguments that had been advanced to prove the historical existence of the “Sage of Galilee” proved to be no more substantial than “Presleyterian” claims of Elvis sightings. As it turned out, all the “evidence” was flawed and most of it partook of the fallacy known to Mediaeval logicians as ignotum per ignotius—trying to explain the unknown in terms of the even more unknown.

To repeat: I found no evidence at all to indicate that “Jesus of Nazareth” had ever lived. Quite soon afterward, I discovered that there was no compelling evidence to indicate that the Twelve Disciples, the Twelve Apostles, the Holy Family, or Saint Saul/Paul had ever lived, either! For good measure, careful sleuthing in the literature of “biblical archaeology” soon convinced me that most of the towns and cities of the gospels were fictive as well! Nazareth, which I have previously discussed, was just the first Gospel place-name I found to have been created for literary or theological purposes.

“Did Jesus Exist?” appeared in the journal American Atheist, and it listed all the major classes of so-called evidence for JC’s historicity. The list was short, since Jesus of Nazareth is not claimed to have written anything, no physical relics survive (despite the many hoaxes and forgeries of the Roman Catholic Church), and no one living at the time he was thought to have lived (itself shockingly uncertain!) took any notice of him! (Moreover, no old photographs survived to allow comparison with the Shroud of Turin.) The list of “evidences” dealt with (1) Old Testament prophecies; (2) New Testament Gospels; (3) the Epistles of Saul/Paul and others; (4) the New Testament book Revelation; (5) ancient Jewish writings; and (6) ancient pagan authors. None of this, as it turned out, proved to be evidence in any scientific sense of the word. It was all wishful thinking: theological hypotheses were being confused with historical facts.

And so, it was the cause of some degree of amusement when I was referred to a curious patheos.com apologetics blog with the even more curious moniker, “The Anxious Bench.” Although the blog is written by a number of different apologists, the piece to which my attention had been drawn had the cutesy title “The Myth of the Mythical Jesus.” Written by Philip Jenkins, it began with a rhetorical sneer:

“In debates about Christian origins, the tiresome canard is going to come up sporadically, and usually, it is not worth wasting time on. As I have seen it surface a few times of late, let’s deal with the point here.”

It then continues with a lengthy paragraph packed with logical and evidentiary problems:

“Briefly, if you are discussing Jesus of Nazareth, you can make any argument you choose to offer. If you wish, you can deny or challenge pretty much any aspect of the story told in the gospels, and present Jesus or his contemporaries in the most sinister or demeaning light possible. We can then argue about the evidence offered for any particular point. What you can’t do, though, without venturing into the far swamps of extreme crankery, is to argue that Jesus never existed. The “Christ-Myth Hypothesis” is not scholarship, and is not taken seriously in respectable academic debate. The grounds advanced for the “hypothesis” are worthless. The authors proposing such opinions might be competent, decent, honest individuals, but the views they present are demonstrably wrong.”

This paragraph is so complex and problematic that I shall need to devote the remainder of this post to a logical and rhetorical deconstruction of just it. Analysis of the rest of Jenkins’ apology will require a number of further installments.

We must note at once that Jenkins refers to “Jesus of Nazareth,” and then continues “you can make any argument you choose to offer” While that may or may not be true for Jesus-of-anyplace-or-anytime-at-all, it definitely is not the case for Jesus of Nazareth. By staking his claim on Jesus of Nazareth specifically, Jenkins falls into the same trap as Bart Ehrman in his New York Times best-selling Did Jesus Exist? The Historical Argument for Jesus of Nazareth. By specifying the particular Jesus whose existence he tries to defend, he greatly limits the field of argument and—as we shall see—unwittingly commits himself to the only Jesus whose historicity could be tested in a scientifically meaningful way! (Of course, all the Jesuses who performed genuine miracles can be ruled out a priori, but apologists like to give the air of sticking to “the scientific facts, not theology.”) It is instructive in this regard that Bart Ehrman’s subtitle staked his claim on Jesus of Nazareth; but when confronted by the argument that “Nazareth” was not inhabited when the Holy Family should have been living there, he had to fall back on a “Jesus of someplace else.”

“…you can deny or challenge pretty much any aspect of the story told in the gospels… We can then argue about the evidence offered for any particular point.”

This nicely frames the argument within the limits of the canonical gospels. This begs thus the question of the historical reliability of the canonical gospels (including Luke-Acts). Thus, the rationalists of old were forced by such apologetic framing of the limits of argumentation, for example, to explain “the empty tomb” by “rational” arguments that the body had been stolen, Jesus had revived in the tomb and had been rescued as in ancient Greek novels, etc. In this apologist-created framework, the empty tomb became a fact—not something that itself stood in need of evidence and proof! As we shall see again and again, even Atheist New Testament critics like Ehrman cannot escape being restricted to an imposed, unscientific framework for argument.

Moving beyond Jesus of Nazareth, we read:

“What you can’t do, though, without venturing into the far swamps of extreme crankery, is to argue that Jesus [of some place or other?] never existed.”

Not only does this commit the ad hominem fallacy, it is an empty boast and wishful thinking. It is customary in apologetics to make a drastic claim of some sort, divert attention to irrelevant arguments or red herrings, and then triumphantly conclude, Q.E.D.—and that takes care of that! If it is impossible to argue that Jesus never existed, then why, for the last 150 years have so many scholarly books and articles been devoted to such an argument? Of course, Jenkins will claim that these scholars all were cranks in a swamp. I seriously doubt, however, that he has read for himself any of the great scholars of the late nineteenth and early twentieth centuries. He openly disregards them as having had only “superficial knowledge,” and labels The Golden Bough of Sir James Frazer “historical fiction.” You can bet your bippy Jenkins has not read the full thirteen-volume edition, let alone Frazer’s Folklore in the Old Testament. When you’re an apologist you don’t need to itemize the specific errors of your opponents. You only need to claim they committed some.

We next are told that “The “Christ-Myth Hypothesis” is not scholarship, and is not taken seriously in respectable academic debate.” Will we be given evidence that it is not “scholarship”? How exactly will that be empirically defined? As for “respectable” debate, we must ask, “respectable to whom?” This is another ad hominem, but of a mild sort. It also makes another unproved claim that will prove not to be supported by evidence.

“The grounds advanced for the “hypothesis” are worthless.”

Why the scare-quotes around hypothesis? I would argue that it should be advanced from mere hypothesis to the rank of theory in the scientific sense of the term. In any case, we might wish to discover the worthless grounds for the hypothesis, but of course no clue as to their nature will be given. Just take it on faith: they’re worthless.

The paragraph ends with what might be described as a reverse-ad hominem:

“The authors proposing such opinions might be competent [but not scholarly?], decent, honest individuals, but the views they present are demonstrably wrong.”

Not filthy criminals, but wrong even so! Will we be given even one place where any particular Mythicist is demonstrably wrong? Not likely!

After each of Jenkins’ claims is examined, we shall be moved to inquire, “Where’s the beef? Where are the facts?” After deconstructing the Jenkins blog, I will discuss the evidence “I didn’t find” concerning the historical Jesus of Nazareth.

In the next installment of this critique, we will take up the question of burden of proof, and see if Jenkins can bear that burden. 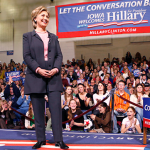 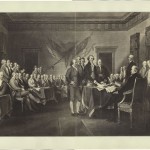