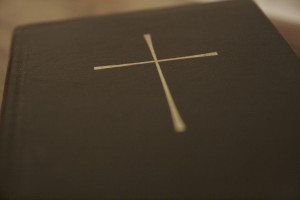 Speaking FRANK-ly About Jesus (Part 11): Continued critique of alleged evidence of the historicity of Jesus of Nazareth.

In his “anxiousbench” blog “The Myth of the Mythical Jesus,” Philip Jenkins begins his summary of the “evidence” for the historicity of Jesus of Nazareth with the following paragraph:

“The affirmative evidence for that existence is easily offered, consisting as it does of a sizable body of writings dating from within a half century of the events described. Those documents are, without question, the most closely debated and analyzed in human history. A vast body of scholars works on those texts and their implications, and they come from a wide body of religious backgrounds—Christians of every possible shade, Jews, skeptics and atheists, and people of various other faiths. Within that scholarly universe, the number of qualified scholars who today deny the historical existence of Jesus is infinitesimal. The consensus on that matter is near-total.”

We note at once that although we are told that “affirmative evidence… is easily offered,” no actual evidence is forthcoming in this paragraph! Rather, we are offered an argument from scholarly consensus, a combination of the fallacies ad populum (“three million Frenchmen can’t be wrong”) and the appeal to authority. True, Jenkins will later try to immunize the reader against any desire to consider the consequences of accepting this fallacy: “Before anyone complains about using scholarly consensus as an argument, and vaunting instead the virtues of heroic dissidents and heretics, please see… [what] I have written about these.” In the ellipsis Jenkins provides a hyperlink for readers to check out if they wish to be diverted further from the fact that a scholarly consensus is not the same thing as evidence! I have not taken the bait, as lives of the martyrs are irrelevant to our demand for evidence.

Despite the irrelevance of even my own experience with the appeal to scholarly consensus, I cannot resist sharing a bit of autobiography here. Back in the mid-1960s when I was completing a Masters Degree in geology at Indiana University, I took a course in tectonics from a young professor who taught the scholarly consensus that the continents had never moved. I, however, had been a “drifter” since the eighth grade in a two-room country school in Michigan. In that tiny school, our only “scientific equipment” was a world globe map mounted on a three-foot pedestal stand. Day after day I had stared at the South Atlantic Ocean and noted the concordance of fit between the East Coast of South America and the West Coast of Africa. One day, I moistened some tissue paper, molded it over the region of interest and let it dry. Then, with a pencil I traced the outlines of South America and Africa, removed the paper from the globe, cut out South America, placed it back on the globe and slid it into position against Africa. It fit quite well. From then on, I was a drifter!

By the time I was in graduate school, I had accumulated a great deal of evidence to show that South America and Africa had once been conjoined. (I had never heard of Alfred Wegener’s theory of continental drift—so thoroughly had the scholarly consensus in geology erased his memory!) I had many spirited debates with my professor, but he resolutely resisted the idea that continents could move. Then, toward the end of the course, a famous issue of the journal Science came out with the cover showing a map of the Atlantic Ocean floor. The map revealed the Mid-Atlantic Ridge and showed that the ocean had grown steadily wider as magma over the eons had welled up at the ridge, then pushed the ocean floor away from the ridge—carrying the continents with it!

Triumphantly, I showed the magazine to my professor. He was impressed, but still couldn’t quite accept the scientific reality. Although he gave me an “A” in the course, he still was refusing to drift when I graduated. Ultimately, of course, he bowed to the evidence and became not exactly a “drifter,” but rather an adherent of the more respectable “Theory of Plate Tectonics.”

I apologize (I guess this makes me an apologist also!) for this digression into autobiography, but it does relate to an as yet unstated Mythicist principle needing to be noted: questions of historicity are scientific questions and must be treated as such. Scientific rules of evidence must be followed, not the rules of the law court or the “rules” of the Holy Roman Inquisition.

To return to Jenkins’ claim of “a sizable body of writings dating from within a half century of the events described”:

First of all, what events are we taking as our anchor points? The death of Herod the Great in 4 BCE? The census under Quirinius in 6 CE? The destruction of the Temple of Yahweh in 70 CE? Jenkins doesn’t say. He doubtless would like us to suppose we are talking about the events in the alleged life of Jesus of Nazareth. But of course, we cannot assign dates to those until we have proof they ever occurred! But that is exactly what Jenkins has not yet proved! Without further evidence, those events are about as datable as the entrance of Dorothy and Toto into Emerald City. Historical fiction can be quite accurate, but at the end of the day it remains fiction.

Secondly, the dating of the time of composition of the New Testament documents is almost as uncertain as the problem of placing Jesus of Nazareth in time. Because the questions of anchoring both Jesus of Nazareth and the New Testament documents in space and time are quite complex but essential if one is to understand the purpose of this critique, I will delay discussing them to the next installment. This post is already too long and I need at least to itemize the fallacies in this paragraph.

Telling of writings “dating from within a half century of the events described, Jenkins assures us of “the vast body of scholars… from a wide body of religious backgrounds—Christians of every possible shade, Jews, skeptics and atheists” that are working on those texts. Without telling us how many of those scholars are working on projects that directly relate to the question of historicity, he announces that “the number of qualified scholars who today deny the historical existence of Jesus is infinitesimal.”

Well, there we have that important word “qualified.” Are scholars who have devoted their lives to the study of the transmission of the New Testament texts qualified to make pronouncements on historicity? Those who study the New Testament as literature? As comparative mythology? As an object of devotion? Is it possible for any of the consensus scholars to be as fully qualified as are some scholars who come to the question from other disciplines without the baggage of tradition—baggage such as that still being lugged about even by Atheist scholars such as Bart Ehrman? (I devote an entire chapter in the book Bart Ehrman and the Quest of the Historical Jesus of Nazareth to the question, “Is Bart Ehrman qualified to write about Christian origins?”)

Jenkins concludes the paragraph under discussion triumphantly: “The consensus on that matter is near-total.” It is, however, a false triumph. It is no different from the three-million-Frenchmen-can’t-be-wrong claim that the sun goes around the earth. On second thought, perhaps there is an important difference: The Frenchmen’s paychecks didn’t depend upon the truth of their claim.

In the next post I shall discuss the problem of anchoring Jesus of Nazareth and the New Testament documents in space and time. That will reveal the many ways in which consensus scholars and apologists alike repeatedly commit the fallacy ignotum per ignotius—trying to explain the unknown in terms of the even less known. 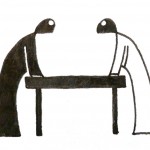 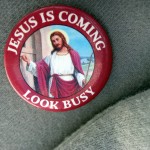 June 20, 2016 Will the REAL Jesus Please Stand Up?
Recent Comments
0 | Leave a Comment
Browse Our Archives
get the latest from
Nonreligious
Sign up for our newsletter
POPULAR AT PATHEOS Nonreligious
1

How Hell Developed in Early Christian...
Roll to Disbelieve
Related posts from NoGodBlog