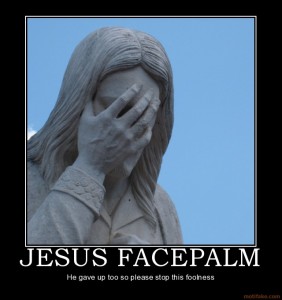 As always, I’m speaking for myself and my views do not necessarily represent the views of any organization for which I am a past or present member.

The internet got interesting this past week for a fellow Patheos blogger, Martin Hughes, over at Barrier Breaker. Martin wrote a piece as a rebuttal against a popular YouTube blogger who calls himself the Amazing Atheist who has developed a giant following mainly by using the internet to post videos that treat people badly. There is very little atheist related content among the channel’s most popular recent posts; most seem devoted to targeting those deemed “social justice warriors”, a derogatory term meant to demean feminists, minorities, and others concerned about social justice causes.

To make a long story short, the Amazing Atheist posted something Martin thought was racist, Martin called him out on it, the Amazing Atheist replied with an aggressive rebuttal that included an inappropriate and unprofessional invitation to do something unpleasant that managed to be both racist and homophobic, Martin rebutted the rebuttal, and so forth. The whole exchange, which continues far beyond what I’ve described, can be followed over at Barrier Breaker and on Facebook and Twitter.

One of the things Martin discussed was how discouraging it is that the atheists who seem to be the most prominent, at least within the YouTube bubble, are the the ones whose entire focus is to use their platforms to go after minorities, women, and anybody else who embraces the idea that the atheist movement is best when we support social justice causes. After all, religious doctrine is used all the time as an excuse to subjugate minorities, women, practitioners of minority faiths, the non-religious, and the gay and transgendered communities and to deny them access to their civil rights. It would therefore seem that atheism and these social justice issues would be natural allies but if you use several prominent YouTube atheists and their followers as a metric, you come away with the conclusion that minorities and women are not only unwelcome, we can expect to be demeaned, belittled, and harassed if we offer criticism or are perceived as supporting social justice causes and activists.

I don’t know if the Amazing Atheist and the others of his ilk on YouTube are as racists and sexist as they seem and it’s certainly (barely) possible they are role playing to a certain type of audience because that’s the audience that clicks, views, and shares. But there is no way they can’t know that their followers are racist and sexist and that their posts encourage and condone it. I can only conclude that these YouTube personalities, who exhibit a stunning lack of empathy and who manipulate their followers for money and kicks, are intentionally making calculated and selfish choices to air content that is geared specifically towards getting clicks from their cult-like followings.

What is highly discouraging is that these YouTube video bloggers could be change agents for good by deploying their followers in ways that help further our collective shared goals of promoting atheism, science, and skepticism and supporting the civil rights of all Americans. Judging from the videos, the flurry of appalling comments on Martin’s posts at Barrier Breaker, and the strong indications that these types of personalities intentionally goad their followers into action against their critics and their supporters, that’s unlikely to happen.

I for one, though, can choose to say no to the internet atheist cruelty cults. Those who deal in cruelty for kicks and click-bait do not speak for me.

July 4, 2016
Disputing the Indisputable: The Mythology of Jesus
Next Post