Disputing the Indisputable: The Mythology of Jesus

Disputing the Indisputable: The Mythology of Jesus July 4, 2016 Kathleen Johnson

Speaking FRANK-ly About Jesus: Critique of alleged evidence of the historicity of  Jesus of Nazareth

(This is the 13th post of the series Speaking Frankly and part E of a series within the series to debunk claims made in a blog post titled The Myth of the Mythical Jesus).

In his “anxiousbench” blog “The Myth of the Mythical Jesus,” Philip Jenkins says that “…mainstream scholars are not terrified to venture into nonconformity, they are not hidebound bigots, they just see no reason to argue about such a blatantly obvious point” [i.e., the historicity of Jesus].

Nota bene! This is asserting, without proof, that the historicity of Jesus is so obvious that it is beyond dispute. This is, of course, clearly a veiled application of the petitio principii fallacy—begging the question, or circular reasoning. One of the secret skills needed to be an effective apologist is the ability to conceal logical fallacies by indirection. Thus, instead of saying outright, “Mythicists are fools” (ad hominem, abusive species fallacy), one creates a straw-man Mythicist who acts like a fool. The better one is able to conceal informal fallacies of logic by means of indirection, the more successful an apologist will be.

It is gratifying to learn that scholars upholding the historical Jesus tradition “are not terrified to venture into nonconformity.” The AAUP (American Association of University Professors) will be very happy to hear this, especially as it pertains to the Southeastern Baptist Theological Seminary, a bastion of “mainstream scholars.” In 1989, the AAUP issued a scathing finding:

“The Board of Trustees and the President of the Southeastern Baptist Theological Seminary, in interfering with faculty appointments… have acted in ways inimical to the principles set forth in the Statement on Government of Colleges and Universities. Additionally, a number of actions… restricting further faculty appointments to those holding a particular and narrowly construed ideological stance, have placed academic freedom in peril at the Southeastern Baptist Theological Seminary.”

While that statement was made long ago, it is illustrative of the state of things yet today. The vast majority of religiously affiliated colleges require faculties to sign statements of belief or something similarly limiting to free inquiry. Indeed, it is almost unimaginable that any scholar working at a religiously affiliated college would dare to express Mythicist views or try to publish research findings arguing against the historicity of Jesus of Nazareth.

A particularly poignant example of such fear is that of the Dominican priest Thomas L. Brodie, formerly the director of the Dominican Biblical Institute, Limerick. I spoke with him at a meeting of the Society of Biblical Literature in 2013, after his 2012 book Beyond the Quest for the Historical Jesus had kindled a firestorm of reaction by the Catholic Church. (Ratzi the Nazi was pope at the time.) He told me that his research had led him to doubt the historicity of Jesus already back in the 1970s—before I myself had come to that conclusion!—but knew that his rising fame as an Old Testament and New Testament scholar would be ended if he told anyone about it.

At the time we spoke, Brodie had been suspended from his post and his case was under adjudication by a Dominican tribunal descended from the Inquisition. I use the word “Inquisition” deliberately. The Dominicans had served as the original inquisitors during the Holy Roman and Spanish Inquisitions. Their name in Latin—dominicanes—was punned by being broken into two words: domini canes—the hounds of the Lord. Brodie was very frail and obviously in precarious health. He felt that there was no time left to publish the findings of a lifetime of prodigious scholarship. He was singing his swansong before he could be strangled into silence by the Inquisition.

On 20 February, 2014, the Dominican tribunal met with Brodie in Fribourg “to get his response”—that is, to see if he would recant his views. “Following this meeting the committee formally advised the Order that the publication was ‘imprudent and dangerous,’ …and recommended that the sanctions imposed on Thomas Brodie by the Province of Ireland were appropriate.” This was formally approved on 3 March 2014 by Fr Bruno Cadoré. Thus hath been ended the career of a mainline scholar who was “terrified to venture into nonconformity.”

In ending this installment of my analysis of Jenkins’ blog, I need to analyze his pronunciamento on what constitutes genuine scholarship:

“As I have stated repeatedly, ‘Scholarship is what scholars do, and if they don’t do it, it’s not scholarship.’ That is by far the most important point [more important than actual evidence?] against the mythicists, and really, nothing more needs to be said.”

I confess, I am completely disarmed and cannot fathom what to say about this tautological word of wisdom—other than perhaps, “Well du-uh!”

In my next installment, I will examine Jenkins’ answer to the claim that “contemporary writers do not refer to Jesus.” 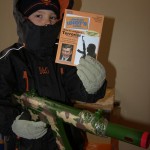 June 26, 2016
The Orlando Tragedy: A Faith Based Initiative
Next Post 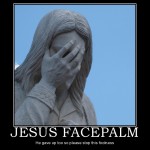 July 6, 2016 Atheist Cruelty Cults: Clicks for Kicks
Recent Comments
0 | Leave a Comment
Browse Our Archives
get the latest from
Nonreligious
Sign up for our newsletter
POPULAR AT PATHEOS Nonreligious
1

Deconversion: Brett McCracken Gets It Completely...
Roll to Disbelieve
Related posts from NoGodBlog