(Ed. Note: This is the 20th post in Frank Zindler’s Speaking Frankly About Jesus blog which is dedicated to the thesis that Jesus of Nazareth never existed. This is part L of a mini series debunking “The Myth of the Mythical Jesus“.)

Following up on Philip Jenkins’ blog “The Myth of the Mythical Jesus,” we plunge into his paragraph instructing us about “the fatuous objection” that Philo of Alexandria does not refer to Jesus:

“Just to illustrate how fatuous [Webster: complacently stupid or inane; silly; foolish; illusory; unreal] that objection is, Philo of Alexandria does not refer to Jesus, although he was working at the time. But why on earth would he have heard of such an affair in a neighboring land at the time, or thought it of the slightest significance, any more than a dozen other messianic claimants? And that would be even assuming the story had any relevance to anything he happened to be working on. Jesus did not matter to any elite writer at the time. As his followers grew in number, they did come to matter, and it is only at that point that non-Christian writers begin to pay any attention.”

Before engaging the overall argument of this paragraph, let me comment on a few glaring fallacies that hopefully by now my readers will have been able to spot by themselves. “Jesus did not matter to any elite writer at the time.” This presumes the existence of Jesus and is circular reasoning. Secondly, how could Jenkins know this? This is both an unsubstantiated claim and a meaningless, unsubstantiatable claim: there is no way to test it. Thirdly, who knows how many “elite writers” there were at the time? Again, a question that is meaningless because it is untestable.

Everyone knows (?) that Mithra was a mythical being, and so no logical seduction is involved there.

Now let’s get to the red meat and bare bones of Jenkins’ argument in this paragraph. “Just to illustrate how fatuous that objection [that no contemporary secular or non-Christian literary sources mention Jesus] is,” he writes, “Philo of Alexandria does not refer to Jesus, although he was working at the time [c25 BCE–c50 CE]. But why on earth would he have heard of such an affair in a neighboring land at the time, or thought it of the slightest significance…?”

Why don’t I tell the story of Philo Judaeus—Philo of Alexandria—so readers will be able to answer the “anxiousbench” blogger without further coaching?

“Philo the Jew” [c25 BCE–c50 CE] was an Alexandrian philosopher and theologian who tried to harmonize the Hebrew scriptures with Greek philosophy—especially Platonism—although he also seems to have been intimately influenced by Stoicism and Pythagorean thought. At the time, Alexandria in Egypt had the largest Jewish population outside of Judea, and the Alexandrian Jewish community was in active communication with the homeland. Alexandria was even more important than Athens or Rome as a center of learning of all sorts.

Philo himself had intimate ties to Jerusalem and Judea and we know that he visited the Temple of Yahweh himself at least once in his life [Prov. 2.64]. Jerusalem and Alexandria in Egypt were only about 500 miles apart by sea and short overland travel, and travel to and from Alexandria to all parts in the Mediterranean world was very efficient—albeit dependent upon seasonal winds and weather. In any case, communications between Jerusalem, Alexandria, and Rome were excellent for the time.

Philo had strong family ties to Judea. Through his brother Alexander, Philo had two nephews: Tiberius Julius Alexander and Marcus Julius Alexander. Marcus, be it known, was the first husband of the Herodian princess Bernice, the daughter of Herod Agrippa I! She is mentioned in the New Testament Acts of the Apostles:

“Acts 25:13. And after certain days King Agrippa and Bernice came unto Caesarea to salute Festus. 14 And when they had been there many days, Festus declared Paul’s cause unto the King, saying, There is a certain man left in bonds by Felix: 15 About whom, when I was at Jerusalem, the chief priests and the elders of the Jews informed me; desiring to have Judgment against him [Paul the Apostle].” [Nota bene: Philo makes no mention of the ‘Apostle Paul either!]

“Acts 25:23. And on the morrow, when Agrippa was come, and Bernice, with great pomp, and was entered into the place of hearing, with the chief captains, and principal men of the city, at Festus’ commandment Paul was brought forth.

“Acts 26:30. And when he [Paul] had thus spoke the king rose up, and the governor, and Bernice, and they that sat with them; 31 And when they were gone aside, they talked between themselves, saying, This man doeth nothing worthy of death or of bonds.” [One yearns to know how and by whom this “fact” was reported! If it had been reported by Bernice, surely she would have told her religious uncle as well as the author of Acts!]

Okay, so that’s Philo’s connection to Judea through his nephew Marcus Julius Alexander. His other nephew, Tiberius Julius Alexander renounced Judaism and became procurator of the Province of Judaea [46–48 CE] and Prefect of Egypt [66-70 CE]—the last four years of Philo’s life!

While Philo of Alexandria never mentioned Jesus of Nazareth or Saul/Paul the Apostle, he did have profound effect on the corpus of the New Testament and the origins of Christianity, as is now becoming evident. Eusebius thought that the monastic Therapeutae described by Philo were an early Christian community, and even made up the story that Philo had met Peter in Rome! (Eusebius is the likely forger of the interpolations into the text of the Jewish historian Josephus, of whom more anon.) Of course, Philo makes no mention of Peter, yet he has a detailed description of his trip to Rome—the so-called “Embassy to Gaius” (Caligula). So obviously essential to Christian theology were Philo’s ideas, St. Jerome (translator of the Latin Vulgate Bible) numbered him among the Church Fathers! (Philo’s voluminous works were transmitted not by his fellow Jews but by the Christian Church.)

But it gets yet better! Philonian philosophy as been perceived by some scholars in the writings of the Pauline authors, the Epistle to the Hebrews (R. Williams & H.W. Attridge) and, of course, the author of the prolog of the Gospel of John. It is in the latter document that the importance of Philo in the origins of Christianity is most astounding. Philo is the creator of the Platonic-Stoic concept of the Logos doctrine so central to both Orthodox Christianity and heterodox forms such as Gnosticism. Indeed, Philo can be argued to be responsible for the most otherworldly view of Jesus in the New Testament:

This is redolent both of Platonic astrotheological mysticism and primitive Gnosticism. Philo’s logos-philosophy can, indeed, help to explain how both florid later Gnosticism as well as Orthodoxy could have evolved from a common bundle of traditions—something impossible to explain if both developed from a recently crucified man of flesh and blood, Jesus of Nazareth.

In the next installment we shall see how Jenkins tries to prove that the historian Flavius Josephus actually did mention Jesus and rescue (sort of) the infamous Testimonium Flavianum.

August 22, 2016
The Castrating Knife of Christian Censorship
Next Post 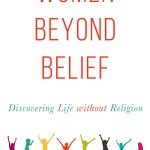