(Ed. Note: This is the 22d post in Frank Zindler’s Speaking Frankly About Jesus blog which is dedicated to the thesis that Jesus of Nazareth never existed. This is part N of a mini series debunking “The Myth of the Mythical Jesus“.)

In the previous posting I dismantled Philip Jenkins’ discussion of a supposed testimony of Flavius Josephus to the historicity of Jesus—“of Nazareth” by this time has been quite forgotten it seems! Jenkins admits that the so-called Testimonium Flavianum is a Christian forgery in its present condition. Nevertheless, he attempts a “tonal” reconstruction of an imagined “original” comment Josephus might have made about Jesus:

“To get the tone of what he might have said there, though, then go to Book 20 of his Jewish Antiquities, where we read of an incident in the 60s AD:”

To cut to the chase: Jenkins does not reconstruct anything at all, other than to suggest that the following passage in Josephus indicates a long-lost, sarcastic reference to Jesus:

“As therefore Ananus was of such a disposition, he thought he had now a good opportunity, as Festus was now dead, and Albinus was still on the road; so he assembled a council of judges, and brought before it the brother of Jesus the so-called Christ [emphasis original], whose name was James, together with some others, and having accused them as lawbreakers, he delivered them over to be stoned.”

Jenkins then goes on to assert:

“That is a reference to Jesus, who was called Christ, or better, the so-called Messiah (ho legomenos christos), and it is clearly original. Would any later Christian have included such a skeptical phrase? It is amazing that legomenos survives in the manuscripts, but it does. Josephus, then, knows of and mentions Jesus, and he was as well acquainted with the records of first century Palestine as anyone. We don’t have his lengthier and more hostile account, but we can be sure it was there.”

Before discussing the evidence indicating that the “the brother of Jesus the so-called Christ whose name was James” is but yet one more interpolation into the text of Jewish Antiquities, I need to expose the shallowness of Jenkins’ understanding of the Greek language. It is clear that he has never read the New Testament in Greek himself, but is getting his misinformation from a previous generation of apologists. If he had read the New Testament in Greek, he would have found over twenty uses of ho legomenos in the gospels alone—and never do they convey a sarcastic meaning.

Even if Jenkins had read a very short distance into the first book of the New Testament—to Matthew 1:16—he would have read “And Jacob begat Joseph the husband of Mary, of whom was born Jesus, who is called [ho legomenos, exactly as in Josephus!] Christ.” I must digress for a moment to tell my readers about this infamous verse. As it stands in the Greek New Testament today, it represents the evolutionary and compositional climax of Matthew’s gospel. The gospel had been begun by an act of plagiarism, appropriation of the Greek texts of Mark and “Q”—neither of which documents contained either a genealogy to prove the human descent of the god who had been made flesh, nor a birth narrative. It is possible that “Matthew” was himself responsible for cobbling together a genealogy that was to be utterly incompatible with the one invented by “Luke,” but quite certainly Matthew version 1.0 did not contain any birth narrative—miraculous or otherwise.

How do I know this? It just so happens that a very ancient Syriac translation of this verse has survived in a fourth/fifth-century manuscript, the so-called Codex Sinaiticus Syriacus. It is clear from the wording of the translation that the virgin birth had not yet found its way into the Greek manuscript from which it had been translated! The Syriac reads in English, “…Matthan begat Jacob, Jacob begat Joseph; Joseph, to whom was betrothed a young woman, Mary, begat Jesus, who is called Messiah.” (A facsimile of the Syriac text is reprinted on page 232 of Volume I of my Through Atheist Eyes: Scenes From a World That Won’t Reason, in the chapter “The REAL Bible: Who’s Got It?” It is still available on Amazon.)

To return to Greek participles: As we browse further in Matthew, we come to Matt 4:18. “And Jesus, walking by the sea of Galilee, saw two brethren, Simon ton legomenon Peter…” [accusative case of ho legomenos]. Moving on to Matt 10:2, we read “Now the names of the twelve apostles are these; The first, Simon ho legomenos Peter…” Coming to Matt 26:14 we read that “then one of the twelve ho legomenos Judas Iscariot, went unto the chief priests…”

Moving from the first to the fourth of the Four Fables, we read in John’s gospel, Jn 4:25, “The woman saith unto him, I know that Messias cometh, which is called [ho legomenos] Christ; when he is come, he will tell us all things.” Now of course, to me this is sarcasm as heard through the echo chamber of religious history. But surely, Mr. Jenkins, you cannot claim this is a disparagement of your Messiah!

I end this pedantic past-participial parade with one final use of ho legomenos—this time, however, as an example of unquestionable use of the term in a proven forgery. We turn to the false-Pauline Epistle to the Colossians. In Col 4:10–11 we read: “10 Aristarchus my fellow prisoner saluteth you, and Marcus,… 11 And Jesus, ho legomenos Justus, who are of the circumcision…” (I can’t help but speculate that it is perhaps this Jesus whose foreskins have been preserved in the monasteries of Europe.)

To avoid smothering my readers completely with a pillow stuffed with Greek grammar, I wish to return to the plain English of Jenkins’ blog. Readers will recall that he is claiming that the passage in Book 20 of Josephus’ Antiquities of the Jews that refers to “the brother of Jesus the so-called Christ, whose name was James” is in fact a reference to a real Jesus.

“That is a reference to Jesus, who was called Christ, or better, the so-called Messiah (ho legomenos christos), and it is clearly original [no further evidence is given, just the claim]. Would any later Christian have included such a skeptical phrase? It is amazing that legomenos survives in the manuscripts…”

After uttering a scholarly “Well du-uh,” the attentive reader will observe that there is nothing amazing about the survival of this past passive participle in Josephus. Indeed, it could have been copied directly from the gospel of Matthew!

But Jenkins has yet more tricks up his sleeve. From his grammatical gaffe, he infers that “Josephus, then, knows of and mentions Jesus, and he was as well acquainted with the records of first century Palestine as anyone. We don’t have his lengthier and more hostile account, but we can be sure it was there.” From ignorance of Greek usage, Jenkins concludes: (1) Josephus did in fact know that Jesus existed; (2) Josephus indeed mentioned him in Book 20; (3) Josephus’ account of Jesus was lengthy; and (4) it was hostile. Thus doth nonsense so quickly become knowledge!

We need yet to consider the apologetic purpose of the interposed comment “he [Josephus] was as well acquainted with the records of first century Palestine as anyone.” What exactly is Jenkins insinuating here? That Josephus derived a hypothetical negative comment about Jesus from official records? Perhaps Pilate’s report to Caesar? Perhaps the official condemnation records of the Sanhedrin? The mind reels with wonder that Josephus didn’t plop all this information into both of his big books, and that no trace of this hostile information remains anywhere, not even in the manuscripts refuted by the early Church Fathers.

We must also wonder: since Josephus was born in 37 CE, after the time of the alleged crucifixion of Jesus, and he was writing about the same time the gospels were being composed, how might we tell whether Josephus was reporting unreferenced findings in official archives, or was merely reporting the claims of the Christian groups that were proliferating at that time? Isn’t it more likely—if indeed he actually had had a reference to Jesus—that that notice was a report of Christian claims rather than a report of historical facts?

Even those readers who have barely been able to stay awake through the unbargained-for Greek lesson will have detected a complex application of the fallacy of trying to explain the unknown in terms of the far less known—indeed, in terms of a flight of fancy into the realm of the unknowable.

As Alexander Pope noted so long ago, “A little learning is a dangerous thing; / Drink deep, or taste not the Pierian spring: / There shallow draughts intoxicate the brain, / And drinking largely sobers us again.” And so, the discovery of Jenkins’ ability to spin a complex apologetic out of a cobweb covering his incompetence in Greek leads me to one final observation.

While the appeal to authority in lieu of evidence is a common fallacy of informal logic, the appeal to one’s own authority when it is but a pose is a much more serious matter. Readers are far more readily disposed to believe first-hand accounts than hearsay. Our apologist is advised to pay closer attention to that scholar of scholars, Philip Jenkins, whose dictum I have examined in an earlier posting: “Scholarship is what scholars do, and if they don’t do it, it’s not scholarship.”

Really, nothing more needs to be said.

Next time, we shall examine the claims that Josephus knew about a certain “James, the brother of Jesus.” 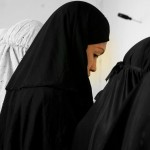