(Ed. Note: This is the 27th post in Frank Zindler’s Speaking Frankly About Jesus blog which is dedicated to the thesis that Jesus of Nazareth never existed. This is part S of a mini series debunking “The Myth of the Mythical Jesus“.)

In the previous posting continuing the debunking of Philip Jenkins’ blog “The Myth of the Mythical Jesus,” we noted that he used insoluble problems concerning “non-elite figures” of the past as a red herring—a rhetorical device intended to deflect readers from the pursuit of evidence supporting the existence of Jesus of Nazareth. We noted that a true believer could not for one moment suppose that Jesus had been a non-elite figure and wondered if perhaps Jenkins had become an Atheist like Bart Ehrman. Moreover, we noted that the more “non-elite” Jesus would have been, the less likelihood there would have been that the tall tales told in the gospels could have been based on actual facts.

After discussing Jenkins’ errors concerning non-elite monuments and grave markings, we quoted a curious statement that remains to be studied: “I don’t believe in the so-called James Ossuary, although it continues to attract believers.” What’s that all about? What does that have to do with “non-elite monuments and grave markings,” and why does he tell his readers that he doesn’t believe it is genuine—without telling them why our otherwise credulous apologist disbelieves, or even tell them what it is? Let me give you some background on the James Ossuary.

In many ancient cultures when people died, it was the custom to place their bodies in caves or tombs for a year or so, until the flesh had disappeared from their bones. Their bones then were gathered up and placed in special boxes called ossuaries. These often were made of stone and the identity of the remains was inscribed on the outside. In the case of the “James Ossuary,” the box was made of chalk, a soft form of limestone. The Aramaic inscription on the James Ossuary—claimed to be fraudulent by the Israeli Antiquities Authority—reads “James, brother of Jesus.” The authenticity of the inscription (the antiquity of the box itself is not in question) is generally rejected due to the chemistry of the patina in the grooves of the inscription. (Paleographers such as André Lemaire, who can always be counted on to support religious tradition, pronounced the inscription authentic on the basis of the style of the letters—forgetting that paleography can often falsify antiquarian claims, but cannot prove them because forgers with paleographic knowledge can imitate any script required.)

According to the Wikipedia article on the James Ossuary, the existence of the ossuary was announced in 2002 at a Washington press conference co-hosted by the Discovery Channel and the Biblical Archeology Society—the publisher of the magazine Biblical Archeology, in which years ago I argued against Lemaire’s reading “House of David” in the Tel Dan Inscription and his attempt to find the same phrase in his redeciphering of the so-called Moabite Stone (the Mesha Inscription). In the former inscription, I showed that the Semitic words in question referred to a cult city dedicated to the god DWD (consort of Ishtar, later evolving into the mythical, lusty King David of Hebrew Bible lore). In the latter inscription, I showed that the same words referred to a temple dedicated to DWD. (In both ancient Hebrew and Moabite, vowels were not written; my guess is that the name was pronounced DŌD.)

The owner of the ossuary is a certain Oded Golan, an Israeli engineer and antiquities collector. According to Wikipedia, “In December 2004, Oded Golan was charged with 44 counts of forgery, fraud and deception, including forgery of the Ossuary inscription. The trial lasted seven years before Judge Aharon Farkash came to a verdict. On March 14, 2012, Golan was acquitted of the forgery charges but convicted of illegal trading in antiquities. The judge said this acquittal ‘does not mean that the inscription on the ossuary is authentic or that it was written 2,000 years ago.’ ”

The forgery of the ossuary inscription later became associated with another “find” of great notoriety, the so-called Talpiot Tomb, the alleged family tomb of Jesus! The James Ossuary was thought to have been taken from the Talpiot Tomb. While I don’t have time or space to justify my claim, I feel the Talpiot Tomb is not a fraud. I just think it is wildly misinterpreted.

Since Jenkins tries to affect the appearance of a rational (indeed, scientific and scholarly) critic of Mythicism , clearly he can’t allow himself to be tied to anything of questionable authenticity—even if secretly he might think it true. Rejecting the ossuary makes him seem less credulous and allows him to continue the pretense of being a secular critic on par with Bart Ehrman.

It is good now to reflect upon the fact that nearly all the archeological finds that are adduced to prove the authenticity of the Bible in general or of Jesus in particular have been proven—or surely would be proven if tested—to be frauds. The thousands of holy relics—the products of an immense industry during the Dark Ages and Middle Ages—purporting to relate to Jesus (including all seven (?) of his foreskins residing in European monasteries and churches!) or New Testament characters are frauds that had to be created in order to prove the earthly existence of men and women who never lived! No earthly remains or relics exist that can be related scientifically to Jesus, Mary, Joseph, the Twelve Disciples, the Twelve Apostles, Mary Magdalene—let alone the legion of swinish demons that once inhabited the region of Gadara or Gerasa! And we must not forget that René Salm and I have shown that the places where these characters once worked their magic or acted out the drama of the ages, from Precambrian to Paleolithic, were not available as stages where that drama could have played out. Nazareth, Capernaum, Bethany, Bethpage, etc., were not in existence when Jesus, Mary, Joseph, and all the Apostles should have been traipsing around in those places, generating carbon dioxide, body odor, and urea according to rates consistent with oxidative metabolism. (Salm’s debunking of Nazareth is available on Amazon: NazarethGate: Quack Archeology, Holy Hoaxes, and the Invented Town of Jesus.)

Since I have neither energy nor space to outline the full extent of the fraud that has been committed to advance the gospel of Jesus of Nazareth, I wish to recommend to readers a wonderful classic of Atheist literature, Joseph Wheless’ Forgery In Christianity: A Documented Record of the Foundations of the Christian Religion. A free pdf of the book is available at the link.

Next time: Jenkins tries to blow away the objection that “Jesus left no writings.” 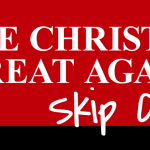 December 20, 2016 Nonreligious? Not So Much...
Recent Comments
0 | Leave a Comment
"recently ol' Luke tried the "indentured servitude & not at all like the slavery of ..."
al kimeea “Is the Atheist My Neighbor?”: A ..."
"he's still at it"
al kimeea “Is the Atheist My Neighbor?”: A ..."
"As a general requirement? As a specific requirement?Nobody should be able to get a degree ..."
HematitePersuasion The Psychology of Religious Nonsense
"I am a long time scientist with an extreme IQ. I asked a question in ..."
GoodScienceFYou Religion and the Constitution: The Official ..."
Browse Our Archives
get the latest from
Nonreligious
Sign up for our newsletter
POPULAR AT PATHEOS Nonreligious
1