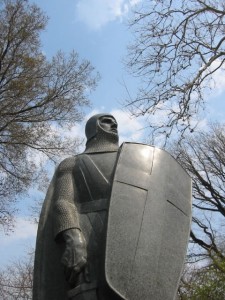 Over the past couple of weeks, several NonReligious Channel bloggers at Patheos have made spirited posts concerning the role antitheism plays in our atheist community. Martin Hughes at Barrier Breaker got the conversation started but several others have made their own contributions to the discussion. Martin’s first post was to explain why he is no longer an antitheist and then the others chimed in for and against the merits of the antitheist position.

For the record, I am an antitheist. I believe religion in all its forms is a con job that inspires some believers to do awful things against their fellow humans, the environment, our climate, animals, culture, and history. I get it that there are religious people who do none of these things; however, by virtue of being believers, they spend their time and money directly supporting those who do regardless of their personal intent. I don’t exempt my pagan and new-ager friends from this, either, because while much of their woo is harmless and they don’t have any political power to speak of, there is also wide spread support for dangerous medical practices that don’t help anyone and that sometimes bring real harm.

I used to make an exception for my antitheism, though, and that was regarding the military, particularly the chaplain’s program. When I first became involved in the atheist civil rights movement in the 1990s and founded the Military Association of Atheists and Freethinkers, I was still serving on active duty and at that time, I didn’t see any real harm in the chaplain’s program. After all, if service members served better when they felt their religious needs were being met, who was I to oppose that? I’ve since learned better.

After that horrific faith-based attack inflicted upon this country on 11 September 2001, we watched our country and our military descend into a pit of nationalism and racism disguised as patriotism.  We violated countries that did not attack us by invading sovereign territories as crusaders with tanks emblazoned with bible verses, we harassed nonreligious troops with everything from punitive “spiritual fitness” evaluations to outright threats, and we poured millions of dollars into expanded religious facilities and retreats reserved primarily for Christian troops. Religious coercion has been applied outside our borders and to our own troops, aided and supported by a chaplain’s corps that has become more evangelical and fundamentalist in viewpoint and action.

I was wrong then and I regret any and all public or private statements I ever made in support of military religious activities.  Count me among the Patheos bloggers who see antitheism as logical and necessary in order to move to a free and fair society that makes decisions based upon evidence and science. As a species, our lives might truly depend on it. 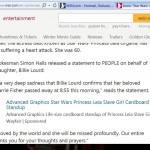 January 9, 2017 Fake Jesus Forgeries
Recent Comments
0 | Leave a Comment
"recently ol' Luke tried the "indentured servitude & not at all like the slavery of ..."
al kimeea “Is the Atheist My Neighbor?”: A ..."
"he's still at it"
al kimeea “Is the Atheist My Neighbor?”: A ..."
"As a general requirement? As a specific requirement?Nobody should be able to get a degree ..."
HematitePersuasion The Psychology of Religious Nonsense
"I am a long time scientist with an extreme IQ. I asked a question in ..."
GoodScienceFYou Religion and the Constitution: The Official ..."
Browse Our Archives
get the latest from
Nonreligious
Sign up for our newsletter
POPULAR AT PATHEOS Nonreligious
1

Christian Strategies Reveal Their Disbelief in...
Roll to Disbelieve
Related posts from NoGodBlog