Gun Violence and the Cancer of Religion

Gun Violence and the Cancer of Religion September 20, 2017 Kathleen Johnson 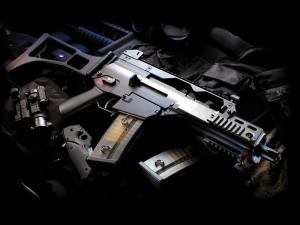 The sleepy Texas town of Plano was recently the site of a shocking and horrific crime in which 9 people were fatally shot including the shooter who was shot by police. Due to the routine nature of gun violence in this country and the fact that this was an all-too-common domestic incident, this barely registered on the national news radar. The primary victim and her friends were murdered by her estranged husband who, according to the victim’s mother, “did not take it well” that she had the audacity to host a gathering after their divorce. We will never know what the shooter was thinking at the time he committed mass murder but it almost certainly had to do with a sense of wronged entitlement that is a consequence of a society that teaches that women hold less personhood and agency then men. She and her friends were killed because she had the audacity to try to live a life that was not sanctioned and allowed by him.

Guns are deployed in domestic situations by both men and women but in most of these cases, men deploy the guns for harm, sometimes even for mass murder as in this case, while women deploy the guns in self-defense. Further, when women do defend themselves with a gun, more often then not, they are charged and even tried and convicted for homicide.

All the major religions practiced in this country, included the majority religion of Christianity, have teachings that show that women are lesser than men and are therefore subservient. None teach that women are people who have a right to say no, to control who they want to be with, or to have agency over their own lives and destinies. I would argue that the pernicious anger and entitlement that makes some men think mass murder is better than the consequences of being humiliated by a woman is directly linked to the poisonous influence of Christianity, Islam, Judaism, and any other powerful religion that teaches women aren’t people.

Religion is a cancer and one that needs a cure. 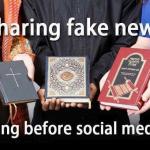 September 29, 2017 Fake News or Scary Reality?
Recent Comments
0 | Leave a Comment
Browse Our Archives
get the latest from
Nonreligious
Sign up for our newsletter
POPULAR AT PATHEOS Nonreligious
1