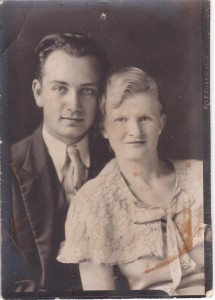 My mother sounds like a horrible person as I write about her blocking my efforts to leave home, hitting me, and subsiding into depression and suicide. Of course there remains a stigma associated with mental illness and it’s difficult for most people to find compassion for people who act out when their illness is poorly managed. In the 1970s there weren’t any really good anti-depressants on the market and the ones offered to my mom came with some hefty side effects. Psychotherapy also wasn’t as sophisticated. I wonder how she would have responded to modern therapies but I can never know.

Mom didn’t develop her illness in a vacuum. There is a genetic component and childhood abuse and neglect involved. I couldn’t say exactly how far back these behaviors go. I know Mom was physically abused by her father, Glen Tallman, to the point of drawing blood during a beating with a shoe. I know that he himself showed signs of severe depression in later years. I know that my own beloved Grandpa, Jerry Hull, was accused by both Mom and Aunt Virginia of trying to molest them from the time he became their stepfather, when they were just 11 and 9, respectively. I also know that my mom forever felt unloved by Grandma, and I observed the relentless criticism and scornful comments both to her face and behind her back. I’ve suspected that Grandma similarly felt she never got her own mother’s full approval. Following Mom’s suicide attempt in 1972, Grandma began telling me stories that a 13-year-old shouldn’t have heard.

“She used to call me when you was just a baby and say she was gonna kill you and then herself, and hang up. I’d drive all those miles praying you’d be alive when I got there,” Grandma would tell me while driving me to her home in Wayland, MO. I was a captive audience and wished I could teleport out of the car.

“She had an affair with an officer when she was in the army. He turned out to be married. When she got pregnant she drank some Lysol and tried to kill herself and the baby. They discharged her and I had to go get her.”

Grandma told this story with an almost unholy glee, like she was glad to have this ammunition. It’s true that my mom had a medical discharge from the Women’s Army Corp. I never had the nerve to ask her about this story. On one of my birth certificates it indicates there was an unsuccessful pregnancy, though, so maybe there’s some truth to it.

Years later Mom confirmed that she had thought about killing us both many times.

In light of this it might be surprising for readers to know that Mom and I repaired our relationship a great deal before she died in 1990 at the age of 54. I even was able to come out to her about my sexual orientation and we talked a great deal about the family, her relationship with her mom, and other things. Though she never apologized for her previous behavior I felt that given her fragility emotionally I should just let that go. For her part, she learned to give me space to be myself and that if she did so, I wouldn’t draw away. 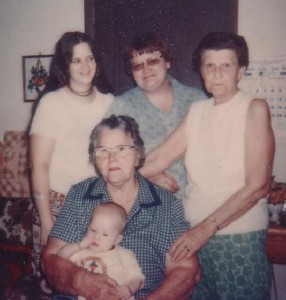 Five generations of our family 1978

I was able to understand depression in a way that I couldn’t as a teenager. No one had even taken the time to explain it to me. It was just this label she had. Once I had experienced a depressive episode myself, I understood why she wasn’t functional when I was a teen. Understanding her relationship with Grandma helped me understand why she clung to me for emotional sustenance. While I could wish she’d found a healthy way to meet these needs, that’s all she was able to do at the time. She did try hard to improve upon the parenting she received and I thank her for that. 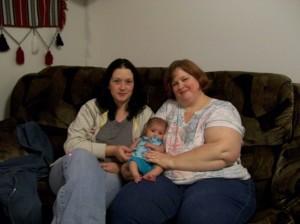 On the positive side she was bright, funny, and well read. I grew up surrounded by books and Mom introduced me to science fiction and fantasy. We shared a love of Zenna Henderson’s books about “The People.” She loved to garden and grew lovely flowers, and both I and my daughter carry on her tradition. She was politically aware and taught me civic responsibility and other Midwestern values. When she wasn’t mired in depression she was an excellent cook. She shared with my daughter a love of horror films and they could watch stuff calmly that would curl my hair. I hope readers will remember that she is a three dimensional person and more than the sum of her worst behavior. I still miss her. 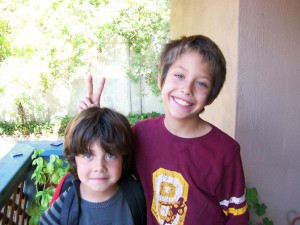 Valente and Jonathan, my grandsons Tapati McDaniels is a freelance writer who started a forum designed to meet the needs of former Hare Krishna devotees at http://www.gaudiya-repercussions.com.

She is working on a memoir and her personal blog can be found at http://tapati.livejournal.com.

Be sure to read Tapati’s NLQ series: “Patriarchy Across Cultures.”

Discuss this post on the NLQ forums!
Patriarchy Across Cultures by Tapati:

November 14, 2009 NLQ FAQ: Does Patriarchy Glorify God?
Browse Our Archives
get the latest from
Nonreligious
Sign up for our newsletter
POPULAR AT PATHEOS Nonreligious
1