Not Created to Be His Doormat But Rather For So Much More November 5, 2009 Guest Contributor 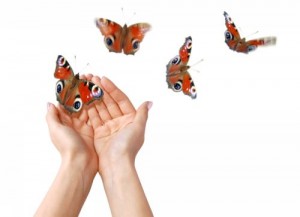 My life was empty and miserable and I had no idea why. I knew that I loved my husband, but I could not understand why he was not yet a great spiritual leader, seeing as I had tried so hard to be the woman everyone said I had to be in order for him to want to be a great spiritual leader. I was even told that I shouldn’t take any Bible courses if my husband hadn’t taken them because it was “wrong” to know more than my husband about any subject. That just didn’t jive well with me. There were certain things that I should and did know more than him.

During this time of my second difficult pregnancy, with morning sickness until 30 weeks again, I was searching for meaning. I was questioning my faith in everything, and wondering where the truth was. I was a scared and unhappy little girl inside. I was a spiritual pharisaical snob. It was difficult for anybody to like me, as I was superior to them in almost every way.

One day, all that pride came crashing down as I made a huge realization. I was not a Christian. I had never accepted Christ as Savior. I had always wanted to be a Christian but somehow had missed the boat and thought that God would let me into heaven since I worked hard at being so much better than everybody else. I let go of my pride and my sin and I accepted Christ and became a real Christian.

I now felt so incredibly free. I no longer had to strive to be better than everyone else. I was free in Jesus. I’m 24 now and I have three children. My husband and I are using birth control, and aren’t sure we want to have any more natural children, although we know we want to adopt at least one little girl. We hope our sons will meet girls whose parents want them to date rather than court. We are hoping to send them to a good private school, but if not, they will go off to public school. I still have long hair, but I actually believe that it is ok to cut it now. And I still wear skirts and dresses because I personally feel more feminine in them and I like to feel feminine. But I don’t feel like other women must wear just skirts and dresses, and I don’t believe that it is something that I have to do, rather it is something that I choose to do.

Oh, and my husband is a much better spiritual leader now. He could never measure up to a superwoman, but now that I am free and human, he actually has a chance. We are both much happier.

November 5, 2009 Raising My Daughter to be a Keeper at Home: Maybe, maybe not!
Browse Our Archives
get the latest from
No Longer Quivering
Sign up for our newsletter
POPULAR AT PATHEOS Nonreligious
1

Real Examples to Puzzle Over: the Natural vs....
A checklist designed to find the fingerprints of a celestial Designer in...
view all Nonreligious blogs
Copyright 2008-2020, Patheos. All rights reserved.