Shutting Off My Brain ~ Part 3 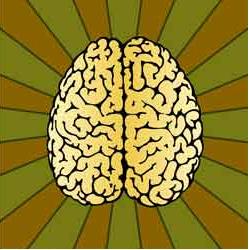 Another problem, a major problem, but one that I felt so guilty for, was that my husband was seeing another woman, and that woman was the Bible. Mark was obsessed with the Bible. I remember feeling so guilty for hating the Bible because, you know, a good Christian shouldn’t hate the Bible, right? Here I was, at Bible College, and casting dirty looks at the Bible. I felt like it was no different from him taking a lover, or being an addict, because he would read it non-stop.

He didn’t want to eat dinner together. He would come home from work and class and then go into our spare bedroom and study the Bible until late into the night. I would lay there at night and quietly cry, feeling so guilty for being jealous of the Bible. Shouldn’t I be grateful for such a spiritual giant of a man?

Talking with him would never help. He would explain why it was all my fault, and I would believe him, and then feel worse. That was how all our talks always ended up. As the years went by, I would just stop trying to talk about problems at all, except when they finally burst out 2-3 times a year.

It was never Mark’s fault. It was always mine, and usually directly due to some spiritual flaw in me that needed corrected. Mark wanted the kitchen bleached down every single night, for example, and that fact that I didn’t want to do that was a moral flaw in me, not anything wrong with him. It was always my fault, always some flaw in me that only he could see, that only he could fix. I was so lucky to have him. Or that’s what he said.

So I was slowly gearing up the strength to get a divorce, scared in that I was pregnant and never imagined in a million years that I’d be divorcing Mark, but at the same time, I was quietly seething towards him, and beginning to think about figuring out how to escape (even though, at the time, I thought that only proved how awful I was, since I had yet to realize that what he was doing to me was wrong).

This was when Mark had a major “word from the Lord.” He informed me that he had something very important to tell me, but that he wouldn’t tell me until our “meeting,” which he scheduled for the next day (giving me time to fret, worry, stew). This was also normal: if Mark wanted to talk, which was rare, he would do it on his time table and expected me to be submissively waiting until that time. Always, control. Always.

The next day, at the appointed time, we sat down at the table together. Mark told me that God had revealed something to him, something very important, and that he was in mortal fear for me. I looked at him, quietly furious, disbelieving, just so tired of it all.

That was when he broke down. I looked across the table in shock as he sobbed and sobbed, deep moaning cries, and shared with me that my soul was in danger of Hellfire, that God had shown him that I was in deep rebellion, that “rebellion is as the sin of witchcraft,” and that if I didn’t make a decision to obey the Lord, there was no telling what would happen to my soul.

He went on and on. About halfway through his speech, I began to melt. The sobbing man across the table from me was so earnest. I’d never seen Mark like that in all my life. He wouldn’t be like that if it wasn’t true…right?

Oh my gosh. What if it *were* all true? I began to cry, too, as he tearfully shared that God had shown him that he was to be the leader, that he hadn’t been the leader he should have been, but that he was repenting for that now and was going to take charge of our relationship, and that if I wanted to belong to God, I had to get behind him and do what he said, no matter how small.

Long story short, I bought it. I didn’t at first, but Mark was so earnest, and I never once thought he would lie to me. And, after all, I had been feeling all those confusing feelings, struggling with anger and hatred towards my husband and yet not understanding why. Wow. It was rebellion, the very worst thing of all, the thing that made Satan into Satan. I went from anger to doubt to full-on fear and then I began to cry and I promised God that I would follow Him, and if following God meant obeying my husband, that I would do that even if it killed me.

I look back at that time as the Day I Shut Off My Brain. It is exactly the kind of thing that happens to people who join cults. There’s a term for it that is escaping me at the moment, but it’s what happened. It’s the day your brain flips a switch and you shut off your critical thinking capabilities.

That day the ability to think was shut off and after that, I just blindly obeyed. I *had* to. God said so, and my soul was at stake (or so I thought).

A Tale of a Passionate Housewife Desperate for God by Journey:

The God Card by Journey:

November 5, 2009
Raising My Daughter to be a Keeper at Home: Maybe, maybe not!
Next Post

November 5, 2009 We were put in the back of the church on hard chairs as a punishment for not conforming
Browse Our Archives
get the latest from
No Longer Quivering
Sign up for our newsletter
POPULAR AT PATHEOS Nonreligious
1

A Podcast, but this time, I'm the guest!
https://www.youtube.com/watch?v=bZW8UHPyMkg&t=140s Chris Atlee, Atheist Pastor, invited me on to his podcast. We...
view all Nonreligious blogs
Copyright 2008-2020, Patheos. All rights reserved.