Disciplining to Death ~ No Greater Joy Ministries and Child Abuse 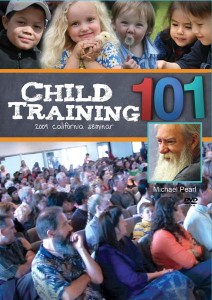 Friday, February 5, Kevin and Elizabeth Schatz, were charged with beating their 7 year old daughter to death for mispronouncing a word, and torturing her 11 year old sister, who was brought to Sacramento Children’s Hospital in critical condition from kidney failure and other injuries.[1]

In addition to the two girls, who were adopted, the Schatz’s have 6 biological children and another adopted child—all of whom were rarely seen out of doors or playing with other children, report neighbors[2].   Recently, the Butte county DA has reported that the Schatz’s followed the teachings of Michael Pearl, founder of No Greater Joy Ministries.[3]

Pearl advocates what he refers to as “Biblical Chastisement,” that is punishing children through the use of a rod, quoting Proverbs 13: 24 as a prooftext:

“He that spareth his rod hateth his son: but he that loveth him chasteneth him betimes.” (KJV)[4]

Pearl encourages parents to “chastise” (not punish—as if there is some enormous difference!) using a “rod.”  He suggests using 1/4 inch plumber’s supply line, to administer the chastisement—which, Pearl maintains, is not a beating.  This is exactly what the Schatz’s are being accused of using in beating and torturing their children.

Mark Ramsey, the DA is quoted as saying, “Even the Tennessee pastor that espouses hitting children right from infancy says that you must watch that you don’t cross the line. Clearly this is a situation where the line was crossed from discipline… to beating… to murder.[5]” The problem with advocating Biblical chastisement, though, is that it blurs the lines between discipline and beating.  Pearl suggests using the plumber’s supply line 10 times, per chastisement, increasing that amount if the child resists the discipline.  How many times must a child be hit with a rod for it to be a beating?  Where is the line? 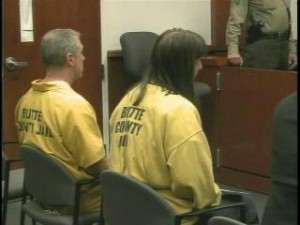 Tellingly, CBS reports that the Schatz’s children—all homeschooled —considered the beatings normal and do not understand why their parents have been arrested. Further, the LA atheism examiner notes that “more than two dozen supporters of the parents showed up at their arraignment on Feb. 9. They were back in court on Feb. 11 for appearance of counsel and possible entry of a plea to the murder and torture charges.”

As a daughter of fundamentalist parents, and as someone who grew up with this sort of discipline, this story deeply saddens me—but, it is not shocking or surprising.  I remember a time when I would have been one of the children who did not understand, who thought her parents were just disciplining because they loved her.  While I was never beaten so seriously—this story leaves me wondering “what if…”  What something pushed my parents just a bit further?

This tragic story needs to be discussed and brought to light.  It is not simply a story of parents who “went too far.”  It’s a story about how warped teachings about parent-child relationships, discipline, and authority hurt children and destroy their lives.  These teachings must be examined and exposed for what they are:  normalized child abuse.  I escaped—but will others be so lucky?

“Wanderingone” is a college student, finally breaking free of her homeschooled fundamentalist upbringing, by wearing pants and other things indicative of demon possession.

February 13, 2010
Are Scott and Andrea Bass a Quiverfull couple?
Next Post

February 22, 2010 Lydia's smile could have lit a room
Recent Comments
1 Comment | Leave a Comment
Browse Our Archives
get the latest from
Nonreligious
Sign up for our newsletter
POPULAR AT PATHEOS Nonreligious
1