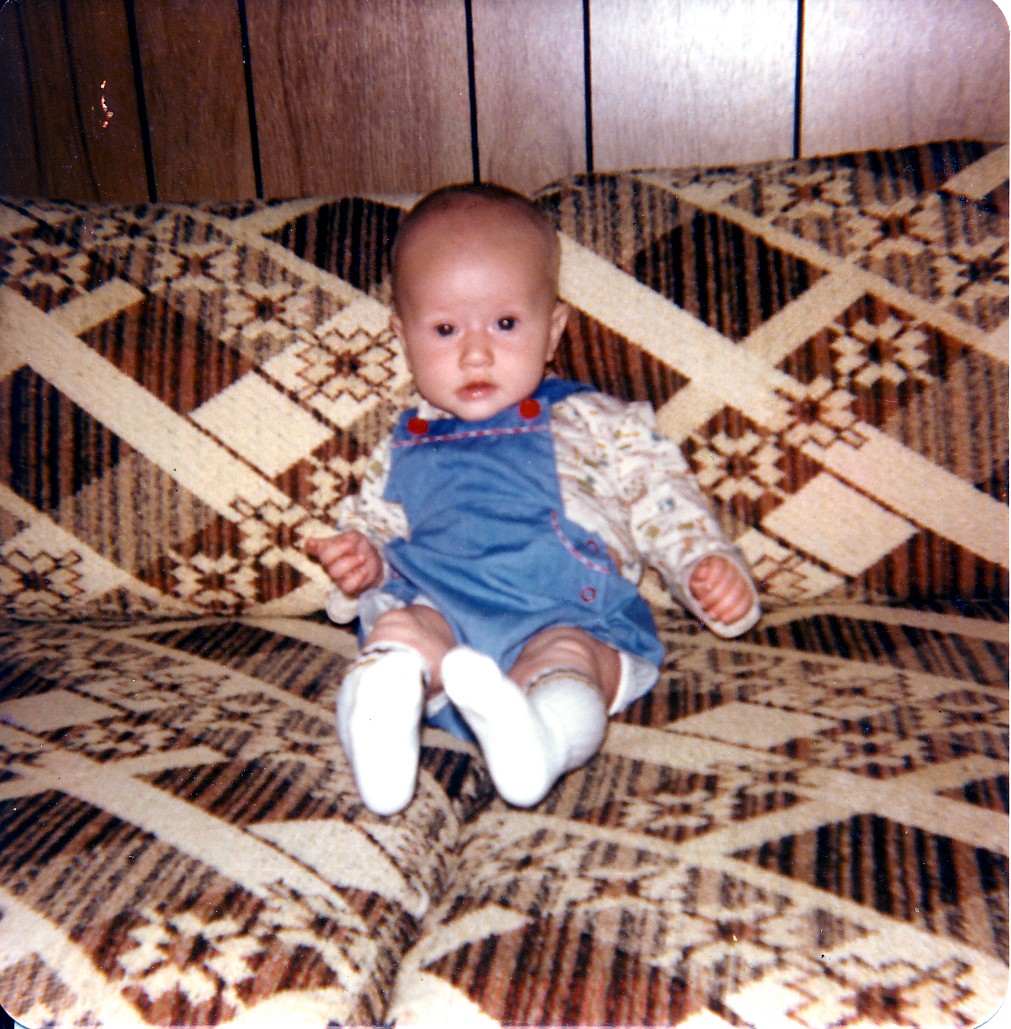 The morning after I gave birth to my son, reality set in. I was so bruised inside I could hardly walk. I couldn’t get up from the floor using my own muscles without extreme pain so Mahasraya pulled me up as a dead weight. (I can’t say he never did anything nice for me!) That evening Srilekha and Mitravinda came over bearing food and supplies and I had to crawl over to the door to let them in. They did my laundry for me and brought me some hot food. This food was a godsend. They also gave me advice on the care of the umbilical cord stub and nursing, diaper changing and so on.

I was so amazed that I had received this miraculous gift of a beautiful son. I had feared that my illness and the meager food supply of the last few months would harm him, but my little boy was perfect. I named him Lakshmana. I had been reading the Ramayana and I knew his older half brother had been named Ramchandra. Since Lord Rama and Lakshmana were half brothers, I felt that it was appropriate to name Lakshmana in relation to his brother Rama, named Matt by his mother. 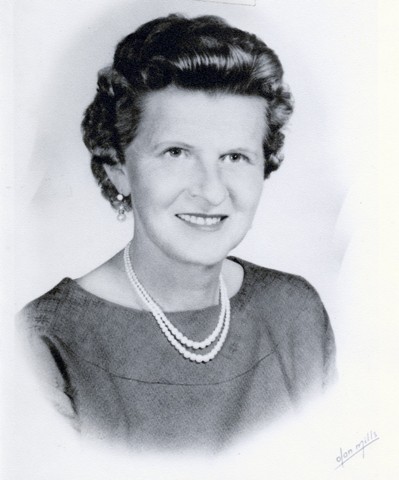 Grandma as I remember her from my childhood

I called my family to tell them all about Lakshmana’s birth. Although his name was two simple syllables (with a silent A on the end), Grandma decided it was too difficult to pronounce.

“I’m going to call him George,” she said.

Shocked and offended, I knew I had to draw the line right away.

“That’s not the name we gave him,” I replied. “Lakshmana is just two syllables. It isn’t that hard.”

“George is a good name. It would make your Uncle George happy.” It was as if she didn’t even hear me. George was also the name of my estranged father. I knew I had to be firm.

“You can call him George if you want but we won’t be coming to visit you if you can’t use the name we gave him.” Manipulation: the only language my family understood.

“How do you say that name?” Grandma asked, defeated. I repeated it a few times until she got it.

We discussed the details of my trip back to see the family. She had decided it was better to send me a ticket to come there so everyone could see him rather than her coming to see us. Her travel agency told her babies could fly for free up to a certain age. We decided when he was four months old I could make the trip and stay for a couple of weeks.

I had a difficult time recovering. I was white as a sheet and ten days following the birth I hadn’t stopped bleeding. I went to the pay phone nearby and called Aunt Gin, who was a nurse. She told me I should see a doctor as soon as possible. We didn’t have a doctor so we went to the ER, the same place I’d gone before. Mahasraya carried Lakshmana in his arms the whole way since we didn’t yet have a stroller. At the hospital we said he was “a friend” since I wasn’t supposed to be with my baby’s father while I was on welfare. I was examined and they decided to admit me and give me pitocin overnight to help my uterus clamp down. I saw the obstetrician who had done my prenatal exam and told him that the baby came too fast to get to the hospital—a transparent lie since he knew some devotee women were doing home births.

Lakshmana wasn’t allowed to stay with me because he hadn’t been born in that hospital, so Mahasraya took him home. I couldn’t imagine how he was going to cope and I was in shock at being away from my baby so soon and against my will. I had to express my milk, which seemed impossible with the little hand pump they gave me. I had little success and my breasts soon became hard as rock, engorged with milk.

My room mate had just had a mastectomy and I thought it was cruel to put me in the same room while she was mourning the loss of her breast. Here I was, huge and engorged with milk. The doctor was impatient with her grief and told her that she could have it worse—there are people who’ve lost their sight! As young as I was, I knew there was something wrong with this comparison. The suffering of others didn’t make her suffering any less painful. Despite the different phases of life we were in, we got along well and talked for quite awhile.

By the next morning my bleeding had stopped and I was allowed to go home. Mahasraya arrived by car with Revati and they took me home. Lakshmana had been given goat’s milk on the advice of a natural doctor Mahasraya had recently met named Steve. I was not to nurse him for another night in order to be sure the medication was out of my system. I continued to try to express my milk with little luck. I couldn’t wait to be able to relieve the awful pressure. It took a couple of days to get back to normal and I narrowly escaped an infection as one breast became red and painful in some areas. I applied moist heat as the nursing book advised and it improved.

Steve advised me to use protein powder to help regain my strength. Lakshmana lost a bit of weight at first but as I felt better and better my milk improved and he started gaining. Soon he was a roly-poly four-month-old, laughing and enjoying his teething toys. It was time to take him to visit my family.

Grandma lived in Wayland, Missouri and Mom was staying in the apartment above their antique store. We got tickets to St. Louis on TWA and a connecting flight to Quincy, IL on a prop jet. It was my first visit as an adult and I wondered how things would go. I hadn’t seen my mother since her sudden visit during the previous year. Still, I had a beautiful new baby to show off. That had to count for something. This time, I reminded myself, I was home on my own terms. No one could make me stay against my will. That thought calmed me as the plane brought me closer to my difficult family.

You can’t leave, ’cause your heart is there
But you can’t stay, ’cause you been somewhere else!
You can’t cry, ’cause you’ll look broke down
But you’re cryin’ anyway ’cause you’re all broke down!
It’s a family affair—Sly and The Family Stone Tapati McDaniels is a freelance writer who started a forum designed to meet the needs of former Hare Krishna devotees at http://www.gaudiya-repercussions.com.
She is working on a memoir and her personal blog can be found at http://tapati.livejournal.com.
Discuss this post on the NLQ forums!
Patriarchy Across Cultures by Tapati:

April 21, 2010
Michelle Duggar to Accept "Mother of the Year" Award at Vision Forum's "Triumph of Life" Baby Conference
Next Post

May 4, 2010 Daughter of the Patriarchy: Casualties
Browse Our Archives
Follow Us!

Op-ed: Lynching for Freedom by Ophelia Benson
PARTS  of the US have been roiled for weeks by protests against...
view all Nonreligious blogs
Copyright 2008-2020, Patheos. All rights reserved.