Daughter of the Patriarchy: The Atheist

Daughter of the Patriarchy: The Atheist July 23, 2010 Guest Contributor 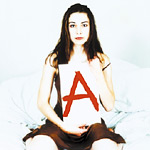 Willa was an atheist. A self-styled “unschooler,” she attended homeschool conventions and activities with her two children, Alexis (9) and Steven (5), and it was there that she met my mother. Willa’s husband worked in a field that I knew only abstractly as something involving computers and sales. He was a passive, taciturn man with whom I never exchanged a single word. Their children were boisterous, especially Alexis. Willa attached herself to my mother very quickly. Since Alexis was my age, we were an automatic source of play dates, which often really amounted to tea parties for our mothers. Common interests seemed to abound at first: homeschooling, books, and bargains. Both adored flea markets, and Willa’s house sagged under the evidence. But there was no escaping the fact that Willa was an atheist.

Willa quickly became a mission field for my mother and her friends. One by one, they joined my mother in the weekly tea parties and occasional trips to flea markets or homeschool fairs. Soon the “Seal Sisters,” as my father called my mother and her church friends (referring to the seven seals of the book of Revelations), had developed a little circle around Willa. How to deal with the “Willa problem” became a topic of heated debate.

Willa was everything a woman was not supposed to be in fundamentalist Christianity: she’d been wounded by Christians in the past, and she was angry. “Angry,” in fact, was the single lingering impression that she left on my mother and our friends in the church. Anger was frightening to Message of the Hour believers: having a single “scratch of bitterness” in our hearts endangered our chance to go in the Rapture, taught William Branham. A throbbing wellspring of genuine rage was unthinkable, but Willa seemed to possess it. As I listened to the Seal Sisters talk about her, I learned that she was dangerous, unstable, and above all, a bad mother. But she was still a person who listened to and befriended them, and as a result, she was a candidate to be “brought in” to the Message.

Willa’s sins were aired frequently on the telephone and in private discussions within the church group. Willa hated to clean her house, and her husband wasn’t particularly motivated to deal with the situation at hand, either. The house creaked and groaned under piles of books and boxes containing years of accumulated junk. The Seal Sisters decided that the home was a metaphor for the baggage of Willa’s past, and its destructive weight symbolized the state of her soul. Her femininity, too, was questioned: not only did she fail to provide a crisp, clean home environment for her family, she also dared to “talk back” to her husband. My mother and her church friends spoke in hushed, solemn voices about the “domineering spirit” Willa possessed, and how her defiant attitude toward her husband’s authority reflected her anger against God. Her hair, too, was short, and that symbolized her rebellion against her God-given role as a woman – a submissive wife would never cut her hair. If only Willa would obey her husband properly, it was whispered, her children would stop misbehaving and her husband’s depression would lift. Whether or not he was actually depressed, none of us knew. It wasn’t a woman’s place to talk to another woman’s husband about anything. We knew, though, that their marriage was broken: after all, they’d voted for Bill Clinton.

How to introduce the message of Christian patriarchy to Willa was a delicate subject. My mother and her friends feared “casting their pearls before swine.” Worse yet was the threat of blasphemy. If my mother and her friends introduced the Message too soon, and Willa rejected it, she would be blaspheming the Holy Ghost and her soul would be eternally condemned. Speaking ill of God’s prophet was the one unforgivable sin, because the prophet was the physical embodiment of the Holy Ghost for our age: speaking against him meant speaking directly against God. And so it was with extreme caution that the Seal Sisters proceeded to introduce their faith, by steps, constantly waiting for the opportune moment, when Willa was unlikely to criticize their words.

My mother spent many nights in earnest intercession for Willa. In response to Willa’s challenge, “What does God spend all his time doing up there anyway?” my mother wrote a poem about a longing Father spending his time gently reaching out to his wayward child, day after day, hour by hour. When Willa responded poorly, my mother took this as her rejection of God and wept for her perishing friend.

Meanwhile, I continued to play with Alexis, but I felt consumed by guilt every time. Alexis was a worldly child. She didn’t listen to Christian music. She swore, and she wore leggings. Her hair was always cropped above her shoulders, and she had no scruples discussing the sexual behavior of dogs, cats, and frogs in frank detail. Once or twice, I confided to my mother that I didn’t want to play with Alexis anymore because I felt so dirty when I was around her. When Alexis convinced me to sneak over a fence in her backyard and moon an elderly man working on a tractor, I was convinced that I was going straight to hell that very evening, and cried myself to sleep in terror. “Jesus, forgive me,” I prayed repeatedly, before eventually placating myself with the knowledge that the old man had never even turned around or noticed us. Spending time with Alexis, however, made me dimly grateful for one thing: I felt innocent around her. Unlike the perfect, dainty girls at church, dressed alike in their lace collars and long, uncut ponytails, Alexis was raw humanity. She was real. I had found someone more rugged, wayward and wicked than I was – and it was reassuring. Alexis was the only girl of whom I wasn’t secretly afraid.

The friendship was not long for the world, however. Friendships with worldly people were always on a timer: they had to end either with conversion or separation. After nearly a year of dallying with atheist Willa and her wayward children, the Seal Sisters decided to take action. One hot August afternoon, my mother and three of her friends gathered together solemnly at Rachel’s home. Rachel, the youngest and newest convert, offered her swimming pool and immense back yard for the children to play in while a Very Serious Conversation took place. Banished from the tea party by a locked gate, I could only peep through the fence at the tense, rigid postures of the women and guess at what they were saying. I felt unease, and could not concentrate on playing with the other children. I wanted in on the secret.

The secret came to light soon afterwards, when all contact with Willa and her family was formally broken off. I learned that the ladies had gathered to present Willa, once and for all, with the conditions of their friendship: acceptance of the Message. “How can two walk together lest they be agreed?” they asked. Friendship with worldly people had only one reasonable end: to lead them to Christ. Otherwise the unbeliever would eternally strain the faith of the believer, keeping her chained to the world and influencing her children for the worse. We were to be in the world, but not of the world – loving the world, its things, and its people meant that we lacked the true love of God. If Willa would not hear us, we were to shake the dust from our feet.

On that last occasion, Willa had refused to accept the Message. It was decided, then, that the friendship was over – four families dropped her like a stone that afternoon. And it was determined that this was the only kindness left for them to do her: they had turned her over to the devil, for the destruction of her body and the saving of her soul. Now and then, we heard updates about Willa’s life in the years that followed. They were always cast in hopefully negative terms: her health or her marriage was failing, her children were doing poorly in school. This meant that God was after her, and that sooner or later she would wake up, fall on her knees and confess her obedience to Him. After all, the Seal Sisters joked, “When you’re flat on your back, there’s nowhere to look but up and no one to turn to but God.”

July 20, 2010
When It's Time to Let Go of an Unhealthy Relationship
Next Post

July 27, 2010 Demand For An Apology
Recent Comments
1 Comment | Leave a Comment
Browse Our Archives
get the latest from
Nonreligious
Sign up for our newsletter
POPULAR AT PATHEOS Nonreligious
1

Evangelical who helped incite the Capitol riot is...
MIKE Lindell, above,  is a far-right zealot who sponsored a bus tour...
view all Nonreligious blogs
What Are Your Thoughts?leave a comment