When It's Time to Let Go of an Unhealthy Relationship 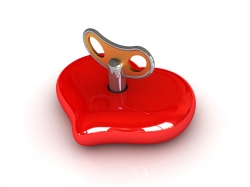 It seems crazy to me now ~ but the thought of divorcing Warren did not seriously enter my mind until three days before I went to my attorney and filed the paperwork.

Even at the height of my exasperation, when I could clearly see that Warren’s behavior with the children was abusive and was slowly, day by day, crushing their spirits and stunting/warping their emotional growth ~ divorce was NOT an option.

Among evangelicals there’s a popular quote from Ruth Bell Graham ~ wife of evangelist, Billy Graham: I’ve never thought of divorce in all these 35 years of marriage ~ but, I did think of murder a few times.

That was me too.  At one point, I was desperately praying to the Lord for wisdom and direction ~ What should I do?  How can I protect my children from their father’s tyranny and crazymaking?

“Till death do us part …” I remember thinking ~ “Oh great ~ he’s so healthy!  He’ll never die!”  As I was praying, I honestly told the Lord that if death was the only way to end the relationship which was killing me slowly ~ Please, Lord ~ have mercy ~ put me out of my misery and just take me now!

But no ~ that would leave Warren with the children ~ and them without me to run interference to at least in some way mitigate the harm that was being done by their own father.  I told Warren more than once that the way he micro-managed and harassed the kids, he was going to end up a very lonely old man ~ because the minute they had a choice about it, none of them would want to be around him.

“I know it,” he would admit ~ and I could see that he really wanted to change ~ and he was actually trying to change.  Nevertheless ~ for all our wanting and trying ~ nothing ever really changed.

“Lord Jesus,” I prayed silently and with a feeling of great dread in my heart, “I know I cannot change Warren.  You can change Him ~ but it’s such a slow process, a little glimmer of hope here, a speck of encouragement there ~ and in the meantime, he is permenantly damaging the children’s personalities. If You cannot change him in time for it to make a difference for the children, please … just kill him with a quick accident or heart attack.”

The instant I prayed it, I was filled with guilt and shame. I was mortified because, really ~ I did love my husband but at the same time, I wished he was dead.  I felt like a murderer (there’s a verse about that) and I hated myself for even being capable of such evil thoughts toward another human being.

Several months later, my desperation grew to the point that I actually ran away from home.  I went to Kansas City where I hung out at Unity Village (a new-agey church/bookstore/education center which I did not actually consider to be Christian) ~ and that’s where I met an older woman named Shirley who had compassion on me and invited me to stay in her home.

It was almost an hour’s drive to her place, and during the car ride, I poured out my story ~ only to be shocked ~ yes, shocked!!! to have Shirley tell me ~ almost casually and as though her assessment of my situation was self-evident ~ “It’s time for you to divorce that man.”

A million thoughts raced through my head ~ reasons why divorce was not the answer, alternatives I might try to make it work, perhaps I could find instructions on the Internet for how to slowly poison my husband without it being detectable so I wouldn’t  get caught and sent to prison.

Shirley told me matter-of-factly that not all relationships are meant to last forever.  People change ~ circumstances change ~ sometimes it’s best to move on.  She even suggested that I could let Warren go with a blessing:

“I release you to find your best happiness elsewhere.”

I laughed out loud ~ “You’re kidding me, right?”

I won’t go into the whole story of how I, almost in an instant, made up my mind to divorce Warren on a Friday afternoon, and was sitting at the lawyer’s office filling out the papers the following Monday morning ~ but it turns out, Shirley knew what she was talking about.

I mean ~ painful as it was for both of us, I honestly believe that divorcing Warren was the best thing I could have done for him.  I can see now that, while he was controlling and abusing me and the children ~ it was to the point that I was not really healthy for him either.

I really, really wanted to make it work. I really, really hoped my love for Warren to be enough (as the Holy Spirit enabled me, of course) to help him grow into the mature man of God and loving Christian father that he was meant to be ~ in this way, the Lord would be glorified.

But ~ looking back, I now understand that because of all the pain in our relationship, along with the resentment I felt (though I would not at the time allow myself to admit feeling resentful) ~ we had developed a pattern of relating which was getting us nowhere except burned out and frustrated.

After the divorce, Warren went back to blind school in Lincoln.  He developed a new support system ~ a fresh set of people who were not exhausted from hours and days and weeks and months and years and decades of dealing with him ~ so these friends were able to encourage and support him in a way that I no longer could.

He began to experience a sense of independence and competence again ~ something which had dwindled away over the years in our relationship.  His renewed confidence made him feel happy and friendly again ~ which worked the opposite of the downhill spiral in which our family had become entrapped.  With his new friends, Warren didn’t feel familiar enough to take them for granted ~ he remembered his manners and allowed for mistakes and misunderstanding.  This in turn, led to feelings of goodwill among his new acquaintances.

Being knocked off his patriarchal pedestal ~ though a shock at first ~ has made all the difference in the way Warren now treats others.  No one is required by God to respect him ~ he has to earn it and when he doesn’t ~ he is likely to be told flat out to quit being so difficult.

In the brief conversations that I’ve had with Warren in the past two years, I’ve noticed that he is much easier to get along with.  I still avoid engaging in long discussions with him ~ but when we do need to talk because of the children, it’s at least not intolerable and I haven’t had to hang up on him for quite a while.

The kids tell me that they don’t hate their father anymore.  The younger ones actually love him and enjoy spending time with him.  He’s lightened up considerably and makes an effort to be a fun person.

This isn’t to say that he’s all the sudden perfect ~ I still hear from the kids how he drives them crazy ~ but these days, when he goes on and on about non-issues, they do not freeze up and cower in fear of his never-ending tirades.  They’re likely to walk out on him or tell him to take a chill pill.  And amazingly ~ a lot of the time, he backs off.

I was told that recently, the younger kids who are with Warren for summer visitation snuck water balloons out of the house for the express purpose of throwing them at their dad.  The older kids would never have dared!  They younger ones obviously believe that Warren has a sense of humor.  Who knew that about him?

As much as I’d have loved to be the one to “fix” Warren ~ it was not until I gave up that things began to change.  I thought to myself, “It’s somebody else’s turn ~ I’ve put in my time and worked with him as best I could ~ now I need to take care of myself and focus my attention and energies on the children. …

“I release him to find his best happiness elsewhere.”

And that has happened.  I don’t think that Warren’s quite ready to thank me for divorcing him ~ but I do believe he is much happier now than when we were together ~ both of us trying so hard and getting nowhere. If nothing else, we no longer have to worry that he will be a lonely old man whose kids never come to visit because he’s made them completely miserable all their lives.

This is not to say that all abusive husbands can be cured by divorcing them.

I honestly believe that in the case of Warren and me, it was because we fell into the strict fundamentalist mindset of Quiverfull and patriarchy that our relationship became impossible and abusive.  We had developed an unhealthy manner of relating which, no matter how hard or how sincerely we tried ~ we couldn’t really get away from until we separated and got some distance from one another.

I’m pretty sure that Warren has not yet let go of the idea that the Lord might bring us back together someday.  For my part ~ I hope he finds someone with whom he can start anew and have a healthy relationship.

Lesson learned: It is possible for two people to honestly love each other ~ to sincerely desire a happy, easy relationship which is mutually supportive and satisfying ~ and yet, there may come a point where they are doing each other more harm than good and more communication, trying harder, working together, etc. is only going to lead to more heartbreak, more frustration, more tears.

It’s so hard ~ because you KNOW that both of you want it to work.  You’re both trying.  And yet …

Since starting No Longer Quivering, I have had the opportunity to talk with many women who have left such unhealthy relationships ~ most reluctantly and only after exhausting all other options.  Never once has one of these women expressed regret that they didn’t hold out longer ~ in every instance, they have told me that they only wish they’d have let go a lot sooner.

If you’re tempted to do a Google search for “how to get away with murder” ~ if you’re calculating how long “till death do us part” might actually be ~ if you’re secretly fantasizing or, god-forbid, praying that he’ll suddenly keel over and die ~ it’s probably long past time to let go with a blessing: I release you to find your best happiness elsewhere.

July 23, 2010 Daughter of the Patriarchy: The Atheist
Browse Our Archives
Follow Us!

Nonreligious
What Does Submission Really Look Like? Part Two
No Longer Quivering
TRENDING AT PATHEOS Nonreligious

Was Pol Pot ‘evil’ in any biblical sense?...
The "problem of evil" is not really a problem of theology but...
view all Nonreligious blogs
Copyright 2008-2020, Patheos. All rights reserved.