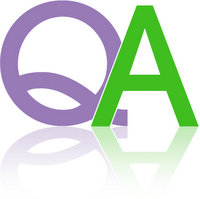 Doesn’t the Bible say the man is the head of the woman and that the husband is the head of the house, the instrument of God for directing the family? Isn’t he God’s designated authority, the one God holds responsible for all decision-making on behalf of the couple and their children?

In “The Bible and the Nature of Women,” the first two chapters of Genesis were explored, making the point that God’s initial plan was not that the man should have “headship” over the woman, but that the man and woman together would have dominion over the Creation. That unity and mutuality was shattered by the Fall. Part of the curse of the Fall, as God told the woman, was “he shall rule over you.”

In “Quiverfull and the Bible” we discussed reading the Bible as a Great Story of creation, fall and redemption. We have seen God’s purpose for male and female in the creation, and what the fall did to their relationship. What does the redemption that comes through Jesus Christ do to the relationship between males and females, husbands and wives?

Galatians 3:26-4:7 is one of Paul’s great statements about the nature of the New Covenant community brought about by Christ’s death and resurrection.

“For ye are all the children of God by faith in Christ Jesus. For as many of you as have been baptized into Christ have put on Christ. There is neither Jew nor Greek, there is neither bond nor free, there is neither male nor female, for ye are all one in Christ Jesus. And if ye be Christ’s, then are ye Abraham’s seed, and heirs according to the promise. Now I say: That the heir,, as long as he is a child, differeth nothing from a servant, though he be lord of all. . . Even so we, when we were children, were in bondage under the elements of the world: But when the fulness of the time was come, God sent forth his Son, made of a woman, made under the law, to redeem them that were under the law, that we might receive the adoption of sons. . . Wherefore thou art no more a servant, but a son; and if a son, then an heir of God through Christ.”

There are those who will tell you that this passage refers only to our salvation, that it refers only to the fact that people of all races and both sexes can become part of God’s family, but that men still are to have the roles of authority in the church and home. But look again at the last part of this section of Scripture: “that ye might receive the adoption of sons. . . and if a son, then an heir of God through Christ.” That phrase, “adoption of sons,” was a special legal term in the original Greek, referring to the full legal standing of an adopted male heir.. Adopted male heirs had the same status as freeborn male sons, with all the privileges and benefits that sons enjoyed in that culture.

Paul is saying that “in Christ” Jews and Gentiles, slaves and freemen, males and females, all have full and equal status as adopted freeborn “sons” in the family of God. It was not Paul’s intention that a freeborn Jew, after reading this passage, would feel able to tell a Gentile or a slave, “There, you get to be saved just like us; now be content with that, because positions of leadership in God’s family belong only to freeborn Jews.” Such flesh-based distinctions are part of the “elements of the world,” (Gal. 4:3), and these “elements” are not part of God’s covenant community in Christ. And according to the same passage, this applies to “male and female” distinctions too.

Now there is no doubt that in the cultures and times in which the New Testament was written, the man was certainly the head of his household and in authority over his wife, children and slaves. The Romans had a special term for that, “pater familias,” which referred to the patriarchal powers of a free, adult male over his household. The question that has to be asked is whether that “pater familias” household structure was God’s plan and will for all Christian households for all time, or whether it was simply a product of those ancient cultures. Remember that the apostles, in their writing of the Epistles, did not consider it the mission of the infant church to try to change the established authority structures of those times and cultures. Instead, the young church was to work within those structures to spread a spiritual message that changed believers from within, resulting in their being “in the world, but not of it.” (John 17:15-16.) Therefore, it is a mistake to read a passage that advises Christians to live within certain social structures, as a divine endorsement of those structures–unless the Scriptures clearly and explicitly refer to a particular social structure as part of God’s divine plan.

In analyzing any passage in the Bible, the important thing to keep in mind is this. Every passage fits somewhere into the Great Story. The passage we just looked at, Galatians 3:26-4:7, fits in as a statement of the fundamental nature of the covenant community which was born through Christ’s redemption. The passages we will examine next, fit into the Story as instructions or advice for practical living for that community.

Statements about the practical living of a group of people must be read in light of statements about the fundamental nature of that people– not the other way around. If the fundamental nature of the church is that there is no Jew nor Greek, slave or free, male or female, for we are all adopted sons in God’s family, then we must look at the practical-living passages through the lenses of that understanding. Biblical instructions for practical Christian living, if read in ways that deny or contradict what it means to be God’s redeemed community in Christ, are probably misunderstandings of what the New Testament writers intended to say.

Unfortunately, in the case of male-female relations, these misunderstandings are so long-standing that they have come to considered the normative way to read these passages, with other readings automatically suspect. “We must not capitulate to feminist modern culture and re-interpret Scripture against 2000 years of church history!” is the cry. But what if the traditional understanding of biblical texts regarding male-female relations is in fact a long-standing “capitulation” to ancient cultures that became mixed into Christian understandings of the New Testament writings?

In other words, do the Scriptures say that it’s God’s divine plan for men to have authority over women, or husbands over wives– or did the original audience share the assumption with the writer that males were over females, and husbands over wives, as part of the culture? And did that cultural understanding then somehow become mistaken for God’s will for all time?

In light of Galatians 3:26-4:7, it certainly looks as if God’s plan for His kingdom was not about hierarchy and male rule, but about all believers having equal status in one great spiritual family in which God alone has the power of the “pater familias.” In fact, Jesus Himself spoke in these terms when He was told His earthly mother and brothers wanted to speak to him, and He said, “Whosoever shall do the will of my Father which is in heaven, the same is my brother, and sister, and mother.”

The Book of Romans also sets forth the principle that we are all siblings in one big spiritual family: “For as many as are led by the Spirit of God, they are the sons of God. . . ye have received the Spirit of adoption, whereby we cry, ’Abba, Father.’” (Romans 8:14-15). In fact, this kind of terminology appears everywhere throughout the New Testament, and “brethren” (which is a gender-inclusive word in the original Greek meaning “brothers and sisters”) is the most common way the authors of the Epistles addressed the churches.

In light of all this, then, Parts 2 and 3 will examine some of the passages that refer to what is commonly called “male headship.”

Discuss this post on the NLQ forums! Comments are also open below.

[Note: This article is intended for those readers who have chosen to accept the Bible as authoritative for faith and practice. If you are not one of those readers, please be understanding of the intended audience and refrain from commenting on the assumptions on which it is based.]

October 12, 2010 Family Man, Family Leader: To Train a Child – What a Train Wreck
Recent Comments
5 Comments | Leave a Comment
Browse Our Archives
get the latest from
No Longer Quivering
Sign up for our newsletter
POPULAR AT PATHEOS Nonreligious
1