I Am So Much More Than a Maiden of Virtue! Part 3 ~ Biblical Chastisement 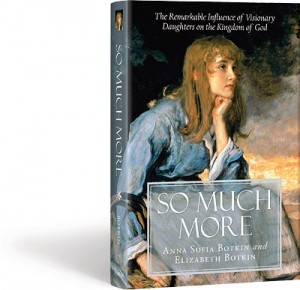 At this point, I think it’s necessary to write something about how things changed after my sister was born. It’s hard to know what to say here—I do not want to tell my sister’s story for her, nor could I presume to do so. But it would be disingenuous to attempt to write about my life without explaining how and why things changed. My little sister was, in so many ways, my opposite. Where I was shy, quiet, reserved and even timid, she was outgoing, bold, adventurous, and confident. I went to her Sunday School class rather than my own; I followed her lead in so many things, even though I was the older of the two of us. This didn’t always work very well, given that I was supposed to watch her and keep her out of trouble.

My parents saw that and while they were glad that my sister was drawing me out of my shell a little bit, they were also very concerned. My sister, they decided, was stubborn, compulsive, and strong-willed—and she was going to influence me to be the same way. Whereas I mostly demurred to my parents and obeyed cheerfully, my sister always wanted to know “why”? She was determined to do things her own way sometimes, like any normal child. Looking back, I really don’t think my little sister was particularly strong-willed or stubborn. She was a normal girl, with a bright, vibrant personality—who was, from a very young age remarkably self-assured and comfortable speaking her mind. But my sister’s strong will had disastrous results.

My parents decided that what they had done with me would not work with my sister—a new method was needed. And so, they read James Dobson’s book about the strong-willed child, and then discovered Michael and Debi Pearl’s book To Train up a Child. Pearl advocates what he refers to as “Biblical Chastisement,” that is punishing children through the use of a rod, quoting Proverbs 13: 24 as a prooftext: “He that spareth his rod hateth his son: but he that loveth him chasteneth him betimes.” (KJV) Pearl encourages parents to “chastise” (not punish—as if there is some enormous difference!) using a “rod.”  He suggests using 1/4 inch plumber’s supply line, to administer the chastisement. And suggests that parents discipline children for everything from crying as infants (an attempt to manipulate parents) to grabbing for something placed within their reach without first receiving permission to normal childhood disobediences. My parents had always employed spanking to discipline us, but what the Pearls advocated went far beyond that. But going beyond normal discipline and spanking, they decided, was exactly what my sister needed. 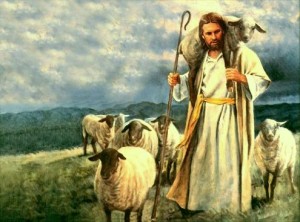 Perhaps you are familiar with pictures of Jesus as the “Good Shepherd.” In many of these depictions, Jesus has a little lamb around his shoulders, which he is carrying lovingly. But, I was told, there was more to the picture than the gentle shepherd carrying the lamb. The picture does not tell the whole story: little lambs sometimes wandered off away from the flock. When the lambs did this, they were in danger of being eaten by a predator, or getting lost, or getting hurt—all things which the shepherd, because he loved the lambs, did not want. So, when he found that a lamb wandered off, he broke its legs, so that it could not wander. Then, the shepherd carried the lamb, until it healed and could walk again. After that, the lamb remained near the shepherd and did not wander off. With stories like this, it is easy to see how my parents could conceive of Pearl-style discipline as Christ-like. Just as Jesus hurt the lamb for its own protection and benefit; my sister and I were disciplined to prevent us wandering off. And, since my sister was by far the more likely to “wander off” in my parents’ eyes, she got the worst of it.

Wiles Blames Jews for Trump Failing to Shut...
The viciously anti-Semitic Rick Wiles, who routinely gets press credentials from the...
view all Nonreligious blogs
What Are Your Thoughts?leave a comment