When I returned from my trip to see my family, I was relieved to be away from all of their drama. Mahasraya was happy to see me and we had a honeymoon period. He had given up on growing psychedelic mushrooms and we had the use of the bedroom. He slept in there alone because otherwise Lakshmana’s crying would keep him awake. He was working for the temple, guarding at night, so we still had the same graveyard schedule as before, waking up in the early afternoon.

Now that he had his own income from guarding, the stipend they paid all householders who worked for ISKCON, he enrolled in a Wing Chun martial arts class with the already well known Sifu Douglas Wong. As always, I was his practice dummy to help him with the various strikes and blocks he needed to practice. Often we would spar, stopping just a hair’s breadth before the actual strike. Some say this is not the best way to practice sparring because in a real fight one might not be prepared to use the amount of force needed. In any event, blocks and strikes were becoming second nature to me. I had always been interested in his martial arts skills and wanted to learn even more. I had practiced some of the Tai Chi techniques with him previously, and he had taught some basic self defense skills when we first got together.

These are some preparations for iron fist that are now sold commercially.

I observed as he prepared his hands for the Iron Fist (aka Iron Palm), a way of making one’s hands denser and hardened, thus more effective at striking the opponent. He found instructions for making a concoction of vinegar with rusty nails steeped in it for a long period of time. Every day he would rub this stuff on his hands. I vaguely remember that he used some rice or something also to toughen his hands, hitting into a bowl filled with the grain. I’ve since read that original recipes with Chinese herbs have been published online as well as having been made available commercially. He was mostly trying to figure it out himself from hints he’d read. He was also beginning to get into Chinese medicine and drinking Chinese herbs on a regular basis.

He was also reading about Bruce Lee’s One Inch Punch technique in his book, Tao of Jeet Kune Do, which he hoped would combine with the denser fists he was developing to create a more powerful punch. I suspect this is what interested him in Sifu Wong and Wing Chun. I also enjoyed reading Bruce Lee’s book and learned a lot from it.

Tao of Jeet Kune Do by Bruce Lee, still in print.

It wasn’t long before our honeymoon phase was over and the general stress of life with a new baby got to him. Although he enjoyed playing with Lakshmana, I believe he found the responsibility of being a father daunting and also seemed to resent my own preoccupation with our child. One of our fights, for example, was about my being busy with Lakshmana, changing a diaper, when he wanted me to cook and complained that I hadn’t already. Dealing with lack of sleep and stressed out too, I snapped at him that he was the one who taught me to cook; why was he waiting for me if he was so hungry? He threw one of my stainless steel pots across the kitchen, denting it on the bottom, and that made me so angry that I actually smacked him in the face for the first—and only—time. Of course he quickly retaliated.

We were brought back to earth quickly when Lakshmana rolled off the changing table—fortunately to land on a carpeted floor with no apparent injury. But it quickly sobered us. Of course Mahasraya blamed me for the whole thing. I mean, how dare I hit him? What an awful mother I was, forgetting my child’s welfare! This was a low blow coming from the man who was willing to risk having his child taken away if he was discovered growing illegal mushrooms in our home, not to mention beating me while I was pregnant with this same child.

I was mortified that my baby had fallen and disturbed that our fighting had distracted me to that degree. I was normally so watchful and careful of his welfare. So it didn’t help to have Mahasraya blaming me as if he had played no role in the fight.

Each fight was beginning to put cracks in my love and devotion to Mahasraya and it seemed that the pleasant times, the laughter and loving moments were occurring less often.

Our martial arts practice continued, although Mahasraya would often complain about how out of shape I was. For instance, I couldn’t hold my arms above my head for long. I don’t remember why I was supposed to but I didn’t have his stamina and of course I didn’t have his upper body strength. I was so sensitive already about my weight that this hit me where it hurt. Here I was walking everywhere and carrying my baby around. I was hardly a weakling!

As we were sparring one day, Mahasraya made it a point to tell me that he never teaches his students everything he knows; he always holds something back. I took that to be an oblique warning: don’t think you can use this stuff against me because I know even more and you can’t win. I guess my hitting him that one time made him realize that I might be inspired to use these techniques to defend myself from him. I had considered it, of course. Who wouldn’t? But as I pictured how it might go I realized that the fights would probably escalate to the point that we would both be seriously injured and end up in the hospital. Who would take care of Lakshmana then?

We were on this weird, parallel course where sometimes, martial arts was used to teach me how to defend myself from others, and sometimes martial arts was used against me to keep me in my place, release his stress, or for reasons I probably don’t understand even now. I began to resent Sifu Wong for teaching my husband even more ways to hurt me. I wondered why he didn’t try to screen out violent men who might misuse the arts he was teaching. Didn’t he recognize that learning these techniques was like handing out a stick of dynamite? Didn’t he know about domestic violence? Mahasraya was responsible for misusing these powerful strikes. I’m sure every martial arts instructor gives a lecture about the ethical use and philosophical basis of this powerful knowledge. Yet it seems to me that more can be done to identify those who are prone to violence and have anger management problems. At the time I believed in shared karma, and I felt that my husband’s teachers deserved a small per cent of the karma for my beatings.

Mahasraya was hitting me more often and almost always on the head, several quick blows. Sometimes my head would hit the wall. I didn’t realize at the time how serious this was and how easily I could get a concussion. I believe I probably suffered more than one concussion but I never got checked out at the hospital. We would go through the remorse phase and then a brief honeymoon phase and the violence would begin again. These cycles were getting shorter and shorter. I was so desperate to stop this that when Mahasraya wouldn’t listen to me I talked to his friend Keshava. I hoped that the respect Mahasraya had for Keshava would make him more open to understanding how I felt. This just made Mahasraya angry and led to more beatings.

Some of the devotee women were reading a book called Fascinating Womanhood by Helen Andelin. It was written for Mormons and was all about how a devout and chaste wife should serve her husband and could use her feminine gifts to guide her husband for the good of the family. I looked at this book like a person dying in the desert might look at a glass of water. I felt it was my last chance to make my marriage work. I became engrossed, reading it cover to cover and returning to key passages. I began to put her ideas into practice, praying that they would work for me and tame my angry husband. I desperately wanted to keep my little family together and try everything possible. Andelin’s formula seemed so easy and her examples painted such a beautiful picture of marriage, the kind of marriage I yearned for, peaceful and serene. Her words restored my hope. Tapati McDaniels is a freelance writer who started a forum designed to meet the needs of former Hare Krishna devotees at http://www.gaudiya-repercussions.com.
She is working on a memoir and her personal blog can be found at http://tapati.livejournal.com.
Patriarchy Across Cultures by Tapati:

November 5, 2010
Adventures in Recovery ~ Rolling A Big Doughnut With A Snake In A Vest
Next Post

November 13, 2010 NLQ Open Comments: The Secular Quiverfull Movement
Browse Our Archives
get the latest from
No Longer Quivering
Sign up for our newsletter
POPULAR AT PATHEOS Nonreligious
1 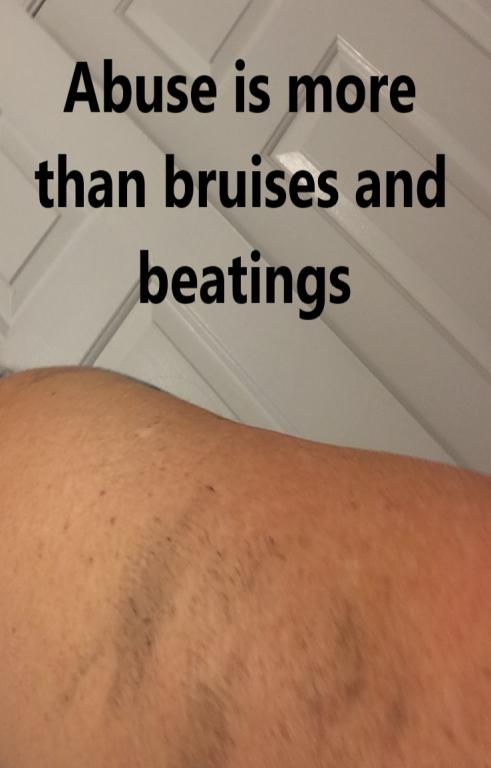