I Am So Much More Than a Maiden of Virtue! Part 4 ~ Little Things

I Am So Much More Than a Maiden of Virtue! Part 4 ~ Little Things February 22, 2011 Guest Contributor 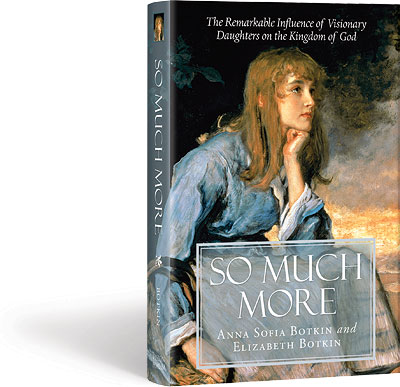 I am a nail-biter.  I don’t bite them because I’m nervous or scared or anything like that.  I just…chew.  My nails are ugly and jagged; short and stumpy.  I hate the way they look.

Growing up my parents tried to discipline me out of the habit.  It showed a lack of self-control, an inadequate ability for self-restraint.  I tried to stop.   I hated disappointing them.  I was afraid of punishment.  And yet, I never could shake the habit.  I bit and chewed—perhaps it was a form of unconscious resistance:  this small imperfection, this awful habit, was a small way of ensuring that my parents’ authority was not absolute.  Maybe it was just a bad habit I could never kick.

In any case, my parents’ authority no longer absolute, I decided that this year was it. 2011 was going to be the year that I would quit biting my nails.   Towards this end, a friend suggested that I try painting my nails.  Perhaps, if they were pretty, I would be less inclined to put my hands in my mouth.   It seemed like a good suggestion.  I had never painted my nails before—despite having been “out” for around two years, maybe closer to two and a half, depending on how I dated it.  I danced, drank alcohol, wore pants and shorts and all matter of immodest clothing, but never in my life had I painted my nails.

I opened an internet browser, and googled “how to paint your nails,” at myself for doing so. Equipped with information from the ever-reliable internet, I went to target and bought a pale shade of pink; something that would not be too noticeable, but hopefully “there” enough to keep me from biting.  I returned home, put on some music by an artist whose name I would never even have known a few years ago and began the task of painting my nails.

After I finished, I looked down at my hands to scrutinize the result.  Something I never expected would happen, happened.  I, the girl who could dance and drink and cut her hair, stared down at my hands to find myself feeling guilty.  “Who paints their nails? What sort of person have I become? Jezebel. Slut. Vain, foolish, woman. What am I doing? Jezebel. How could I do this? Why would I ever do this? I’m becoming an awful person.”  My brain could not stop.  I could not turn off the guilt.  I tried to reason with myself “Lots of normal people who are not sluts or whores or Jezebels paint their nails.  I did nothing wrong.  Anyway, you’ve done way worse than painting your nails.  This is a silly, stupid thing to feel guilty over.”

It didn’t work.  After talking with an ex-fundamentalist friend, I decided to sleep on it and hope I felt better in the morning.

I didn’t.  After several hours of staring at my hands in horror every time I glanced down and noticed the color on my nails, I  decided enough was enough.  The guilt wasn’t worth having “pretty nails” in hopes of dissuading myself from biting them.

Unfortunately, I hadn’t purchased nail polish remover at target the day before.  Apparently my googling was not quite as helpful as it had at first seemed.  A trip to the store later, polish removed, I looked at my hands and felt a brief wave of relief.  And then:

“See.  You can’t do it.  You will never be a normal person.  Normal people paint their nails.  You said this yesterday, but you can’t even do something so small and stupid; you’ll always be the strange former homeschooler who doesn’t know this or that movie, who is hopelessly behind on music.  The one who feels guilty over things no one else would blink at.  You’ll never be normal.”

I started sobbing, and became a complete mess:  I failed at being normal. I couldn’t do it.  I was defeated by nail polish.

I still haven’t successfully painted my nails.  They’re still bitten and chewed and gross looking. But I’ve come to terms with the fact that healing takes time and that sometimes, the little things are harder than the big ones.  Maybe painting my nails will have to wait for year three or four or five. In the meantime, it doesn’t mean that I failed at being normal, or that I’m weak.  And anyway, there are lots of other, very normal things I can do this year that I’ve never done before. Maybe I won’t walk around with painted nails, but I think I’ll try to wear a bikini this summer.

March 1, 2011 Testing the Spirit of Quiverfull: Perfectionism & Elitism
Browse Our Archives
get the latest from
Nonreligious
Sign up for our newsletter
POPULAR AT PATHEOS Nonreligious
1

Here’s a Tip for Those Who Don’t Want...
Having medical directives is a great idea. If you are an atheist,...
view all Nonreligious blogs
Copyright 2008-2021, Patheos. All rights reserved.