It's Not About the Clothes!

It's Not About the Clothes! March 10, 2011 Guest Contributor

Patheos Explore the world's faith through different perspectives on religion and spirituality! Patheos has the views of the prevalent religions and spiritualities of the world.
[Note: For NLQ readers who have not yet joined the forum, here’s a small taste of what you’re missing ~ 🙂 ] 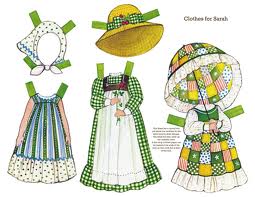 When I was little, before we moved to the Bible belt, getting dressed was simple. I liked wild colors and animal prints. I felt so pretty when I got my ears pierced. In the summer when it was hot, nobody thought twice about running around in a bikini… Most of us did. Even chubby grandmas! We had pool parties and ordered pizza and my cousin taught me to swim. I thought he was great. Sometimes little boys tried to kiss me, but I just ran away.

When I was a little older, we got involved with a southern, backwoods Baptist church. In Sunday school they taught us Bible stories, and then they taught us to kneel down and make sure our skirt was long enough to reach the floor. We had to get some skirts to wear to church out of respect, cause it was really important to be different than boys. It was really hard to go to the bathroom at church because the ladies room was full of girls fixing their hairdos and putting on perfume and posing in front of the long mirror… I didn’t do that much though, because I didn’t feel pretty at church. I liked to wear jeans at home. And wild t shirts. And camoflage. My best friend was a boy and he would come over and climb trees and ride bikes with me, but we didn’t hang out together at church much. Because boys and girls were different.

After we left that church, I got angry. I didn’t like being told what to do. I didn’t like having to wear whatever other people decided was appropriate. I didn’t like that it mattered. I knew who I wanted to be, and she didn’t look like they wanted her to… so when we visited friends from that church, I had to dress up and play the part for them. Once we met them in the grocery store while I was wearing jeans, and i stood behind the cart, because I felt guilty… but I didn’t know why. I was angry inside. Very angry. I took it out on my parents, and my brothers and sisters. I wasn’t nice.

Then I had an experience… in the middle of the night one night, I realized that God wasn’t an angry old man up in the sky, waiting for me to screw up so he could send me to hell… he loved me. He wanted to be real to me. And I loved him back. All of a sudden my anger was gone… little things didn’t matter to me anymore! God was so much bigger!

We found a new church to go to… and I was so excited! Other people who loved God! I was so open, so happy to be taught about him! I trusted these new people immediately- I loved them too! They were looking out for me!

Yes… I had to take out my earrings to go to church, because these people didn’t wear earrings. Ever. They thought earrings were bad… but it wouldn’t hurt to take them out, out of respect, right? People were happy when I took them out. They all dressed alike… I came to find out that apparently dressing funny was a big deal to God. His people were supposed to stand out in a crowd and be a witness for him. They preached about it, and I thought, well, if God said to do it, I don’t care! I’ll do it! It didn’t seem fair that it was mostly the girls that had to stand out though. They said that if we didn’t wear a head covering we were rebellious against God in our hearts. Even if we didn’t feel rebellious, we definitely were down deep! Wow, I didn’t want to be rebellious! And I liked my Dad, I really respected him, he was awesome! So I’d hate to be rebellious against him too… So yeah, I guess I’ll wear a head covering. I looked in the mirror and shuddered… but then I remembered that all this outward stuff was NOT a big deal in the grand scheme of things!

… Then I started hearing about how, if I wasn’t super careful about the details of how I dressed, other people might look at me and think bad thoughts and it would be all my fault… That seemed a bit off. I kept changing and changing, trying to get this clothes thing right, and at the end I wasn’t only living on the edge of sin… I was in constant danger of being responsible for other people’s sin! And it had been a really long time since I felt pretty…

I figured maybe I’d better stop while I was ahead. So I tried to be a bit more moderate… be a little more normal, without losing my “witness”… I tried to stay upbeat, but I didn’t see the point. I was told if I was living by faith I wouldn’t need to SEE the point! I’d just follow God and leave the point to him! That sounded biblical… sort of… but I still struggled. I hated that I had to think about clothes so much. And that every time a stranger approached me, it was to ask about my clothes. Church people told me the questions were an opportunity to tell them about Jesus, but I never figured out how to make the connection. And at least half the time, the person asking was a christian, so how was I supposed to “witness” to them?

Eventually I fell into a pattern. It all got comfortable. Sometimes I’d mess up and get rebuked, but not often anymore. I figured out how to do it. I figured out the unwritten codes. There was a strict code at that church, but eventually we left, and formed a new group with more relaxed standards. Admittedly, not much more, from my perspective… but as I moved around and time went on, clothing continued to be a big deal. I dressed differently than “the world”, but I figured out how to keep from offending “godly” people (mostly).

And that’s what I did. For years. It was all about clothes. Was I discouraged? Yes. Was I depressed? Yes. Miserable? Yes. But no one knew. No one asked. And I didn’t ask about them much either… when you think you’ve got the book figured out because of it’s cover, why bother to open it?

Join us on the NLQ forum!  Comments are also open below.

March 15, 2011 Daughter of the Patriarchy: When Dreams Become Promises
Recent Comments
7 Comments | Leave a Comment
Browse Our Archives
get the latest from
Nonreligious
Sign up for our newsletter
POPULAR AT PATHEOS Nonreligious
1