No Charity in The Remnant ~ Part 1: The Sinner's Prayer

No Charity in The Remnant ~ Part 1: The Sinner's Prayer March 22, 2011 Guest Contributor 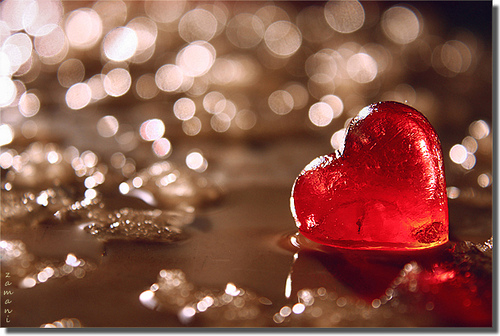 Once upon a time, there was a little girl. We’ll call her Whisper Rain. 🙂 She was a furiously happy little girl- she had tons of energy & was sometimes loud and difficult, but her parents loved her very much just the way she was.

One day Whisper’s Mommy was excited! She had met Jesus, and now she finally felt like, through his strength and with his guidance, she could be the Mommy she’d always wanted to be for her children. The Rain family started going to church, and the people there were very nice. The children did all kinds of fun things at church, and made friends. Whisper started public school and made more friends! Sometimes they’d take along some school friends to church, and they all had a good time together.

All the kids in the neighborhood liked to come play at the Rain’s house, because it was a fun place to be. Sometimes she’d go to their houses to play too, and sometimes while she was there she would see parents fighting and yelling, and slamming doors… and that kind of scared her. It was so different from home, where Mom and Dad would sing songs with you and play hide and seek and video games with you… Whisper liked her family.

When Whisper was in third grade, her Daddy lost his job and her parents decided to move down south to look for work. One of Daddy’s friends was planning to move too, and the families got to know each other and decided to make the move together! Their new friends, the Orwells, had a boy right around Whisper’s age, and they quickly became friends. Finally, the house sold and Whisper said goodbye to her grandparents and cried as she watched them get smaller and smaller in the U-Haul truck’s big rearview mirror. It was a LONG drive to this new state they were moving to! Everything there was different! Their new town was so small! The people there talked with a funny accent. But at least they had their new friends nearby!

Soon, the Orwells invited them along to a Baptist church where they met a new group of people. Whisper felt a bit out of place there, but she was excited to make friends! Some of the first new friends she made came from a large family of mostly girls. The Dietz girls. She was so excited! They homeschooled, like Whisper’s family did now, and that gave them some common ground. They didn’t know each other for very long before Whisper’s family realized that the Dietz’s had “family rules.” Their girls were to wear skirts or dresses all the time, not just to church. Also, the Dietz girls weren’t allowed to watch movies when they came over to Whisper’s house without calling home to check with their parents first. They were NEVER allowed to watch movies like The Little Mermaid, because she was indecent. At the Dietz’s house they watched old black and white movies a lot, especially Shirley Temple. Whisper did NOT like Shirley Temple, so she read a lot at their house while they were watching movies. The girls didn’t have the kinds of books she was used to either, but she tried to appreciate what the Dietz girls were allowed to do (and read), and they became good friends. One of the girls in particular, Angelica, went out of her way to be a good friend to Whisper.

Whisper and her brothers and sisters enjoyed getting to know the other children after church, but they had to sit through the services first, and that was more difficult than it sounds. The preacher at this new church was very concerned about “the lost.” He talked about them all the time. He talked about hell a LOT. He often described it in detail, and Whisper used to shrink down into her seat when he did. He’d shout really loudly at people to REPENT so that they wouldn’t go there. He told them they might die at any moment… they might be in a car accident on their way home that very day! And go to HELL FOREVER! It was terrifying! Every time, after he was finished shouting, he would tell them that Jesus was just waiting to save them if they’d only invite him into their hearts! He would tell them to bow their heads and close their eyes and pray the Sinner’s Prayer with him.

Heart pounding, Whisper would bow her head and scrunch her eyes shut and pray that Prayer as hard as she could! She never felt “gloriously saved” after she prayed it, despite the preacher’s assurances that everyone who prayed it & really meant it was indeed, “saved.” She was afraid she must’ve messed it up somehow.

After church she’d try to shake the fear off and go outside to play with her friends, but the fear didn’t shake for long. She felt it often, like a sick feeling in the pit of her stomach. When Whisper felt the fear, she’d pray the Prayer again- after awhile she had it memorized. Each time she prayed as hard as she could- hoping with all her heart to “feel saved.” Each time she finished, her heart sank again. It didn’t “take.” Nothing felt different. Sometimes, at the Dietz’s house, she would even sneak away to the girls’ room upstairs to read the Prayer word for word- it was easy to find, since most of their books had it in the back, and there were usually tracts and other literature sitting around.

One week the church had Revival Meetings. There was a guest speaker and he was preaching every evening for a week. Whisper’s family didn’t go every night. She didn’t know it at the time, but her parents were very uncomfortable in the church… they just hadn’t figured out a polite way to leave. Church was different in the South… it was a much bigger part of the culture & had a vastly more important place in society. Whole families went to the same church together for generations. Leaving the church might very well mean leaving all their friends if they didn’t do it right.

The Rains only went to 2 or 3 Revival Meetings, but Whisper left them more terrified than ever. The guest preacher described horrible things in even more detail than the regular preacher. One night he described the crucifixion in a way that made this little girl’s stomach turn. He shouted about sin and judgment and fire. Whisper didn’t want to play after the meeting that night. She went home and went to bed, but she couldn’t sleep. She was afraid if she went to sleep she might never wake up, and end up in Hell forever.

Finally, late at night, Whisper got up and went downstairs. Her parents were still awake, and they sat and talked with her for a long time. She told them all about how scared she was, and how she really did want to believe in Jesus. Her parents weren’t exactly sure what to do, so they did what the other parents at the Baptist church would have done in this situation. They prayed the Sinner’s Prayer with Whisper. After they talked and prayed, Whisper went back to bed. Since she’d gotten her parents to pray with her this time, she felt more confident. If anyone knew how to get it right, it was them!

March 15, 2011
Daughter of the Patriarchy: When Dreams Become Promises
Next Post

March 24, 2011 Lori Wick, Christian Author Involved in Child Abuse Probe
Browse Our Archives
get the latest from
Nonreligious
Sign up for our newsletter
POPULAR AT PATHEOS Nonreligious
1