The autopsy report of Lydia Schatz indicated that she died from a condition called rhabdomyolosis, the rapid release of excessive amounts of broken muscle fragments into the bloodstream. Because the body cannot process such large amounts of these fragments, they end up lodging in the kidney, blocking the fine network of microscopic tubules that filter dissolved waste products from the blood and turn it urine. When medical treatments fail to open up these blockages within the kidney created by the muscle fibers fragments, the tiny tubules die and do not regenerate. 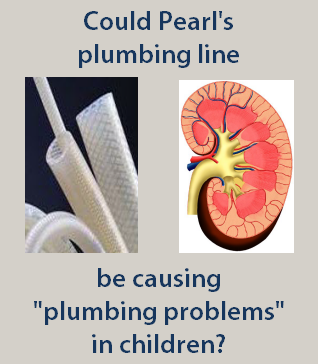 Due to the severity of the spankings with [Michael Pearl’s recommended] plumbing line, both Zariah and Lydia Schatz suffered renal failure because of rhabdomyolysis. Had Lydia survived, we may never have learned anything about the extensive injuries in both girls, and they may never have been diagnosed and treated. Other children who develop rhabdomyolosis may sustain kidney damage that is not severe enough to cause full renal failure symptoms. If extensive and chronic, this damage can develop into “insufficiency” of the kidney which does not produce immediate symptoms and can be detected through laboratory testing. We only know the details about both children because of the publicity surrounding Lydia’s death, a matter of public record, but disease in children like Zariah will likely be missed because there may be no obvious, immediate symptoms.

Jocelyn Andersen reported on Blog Talk Radio on April 2, 2011 that she had been informed about another case of renal failure in a five year old girl within the Mennonite Community related to child abuse and the Pearl Method. Because individual States in the U.S. maintain their own Child Protective Service Agencies, prescribe different laws concerning child abuse, and limit the amount of information concerning child abuse cases because of privacy concerns, we may never learn the details about new cases of Pearl-related kidney disease unless it is reported by the families of the survivors.

Read more about how rhabdomyolosis affects the kidney, why this disease may go undetected and unreported in children who are disciplined with the Pearl Method, and why certain factors limit our ability to truly evaluate the safety of the method at UnderMuchGrace.com. 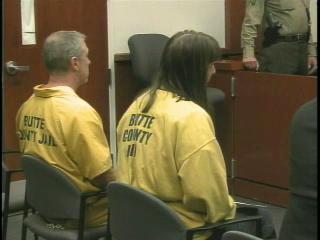 On the advent of the April 7th plea bargains of “guilty” accepted by Kevin and Elizabeth Schatz related to the harm done to their daughters, many ask hard questions about where this family went wrong. Read more about the reasons that social psychology offers to explain how people become trapped in formulaic programs like Pearl’s system in a series called Why Good People Make Dangerous Choices (Pondering Pearl and Lydia Schatz). And please listen to the archive of Andersen’s Blog Talk Radio Show on April 9, 2011 for the continuation of the previous episode’s theme concerning the Pearl Method and Lydia Schatz.

www.UnderMuchGrace.com (Discussing the phenomenon of Spiritual Abuse in Evangelical Churches)

Read all posts by Cindy Kunsman

April 12, 2011 Justice is No Lady: Chapter 6 ~ In Which Nate Takes Up Racquetball
Recent Comments
24 Comments | Leave a Comment
"This is late, partly bc of my preoccupation and partly bc I'd been slowly reading ..."
Jennifer Serena’s Serenity – Luxury Hotel, Birthing ..."
"Thank you for your commitment to truth and love, Suzanne. Best wishes to you and ..."
Meredith Anne Not a Goodbye, More of a ..."
"For your sake, I am so glad you will no longer be editing and managing ..."
Lana Not a Goodbye, More of a ..."
"For what it's worth, I've learned a lot from you about a Very Creepy movement ..."
Griff Pryce Not a Goodbye, More of a ..."
Browse Our Archives
get the latest from
Nonreligious
Sign up for our newsletter
POPULAR AT PATHEOS Nonreligious
1