For seven months in 2004 our family attended a vibrant, growing church in Central Ohio. We thought we had finally found a church to call home. One Sunday, after the morning service, Polly (my wife) was talking with a group of women who were trying to get to know her a bit better. One of the women asked Polly what she did during the day and she, without a moment’s hesitation, said “I work.”

From that day forward the women of the church were stand-offish towards Polly. Never mind that Polly had to work due to her husband’s disability. Never mind her job was the only thing that stood between us and living on the street. All that mattered was that our family was not ordered according to God’s divine plan. We stopped attending this church a short while later.

In the 1990’s I pastored a growing Sovereign Grace Baptist church in Texas. A young woman in the church professed faith in Christ and desired to be baptized. Customarily candidates for baptism were asked to give a public testimony before being baptized. This posed a problem for this particular woman. Her husband not only believed that the Bible taught a divine order for the sexes and the home, he also believed women should be silent in church. (His wife also wore a head covering.)

This church also believed that church business was the domain of men. When the church held business meetings women were not allowed to speak. If they had a question they had to whisper their question to a man and then the man could ask the question on their behalf. Women were allowed to verbally ask for prayer and sing but everything else was the domain of men. Very few of the women worked outside the home.

While I found both of these positions to be somewhat excessive and quite demeaning to women, I also believed that such positions could be proved from the Bible. While I didn’t take things as far as the above mentioned churches I certainly believed that God had a divine order for the family and the church. I believed that God had ordained men to rule and women were to submit to the male authorities in their lives. The highest calling for a woman was to marry, bear children, and be a keeper of the home. Children were to submit to authority and obey every command given to them.

IFB pastors say that the Bible is the rule for everything but what they really mean is that their interpretation of the Bible is the rule for everything. I cannot emphasize this point enough. At the heart of the IFB church movement, the Patriarchal movement, and the Quiverfull movement is a literalist interpretation of the Bible by pastors. Pastors, the under shepherds of the church, under direct authority from God, have the singular responsibility of teaching the church what the Bible says. (or better put, what his interpretations are) The pastor, called by God, empowered by the Holy Spirit is the mouthpiece of God.

Practically speaking, the pastor is the final authority in the church. He is the law-giver and he alone has the final say on virtually everything. The Bible is clear, the pastor is to rule the church and church members are to submit to his rule. Pastors spend significant time reminding the church that God says he, the pastor, is the boss. The common phrase used to define this is pastoral authority. (1)

In a hierarchical system God and the Bible came first. Underneath God and the Bible was the pastor. Church members are taught that submitting to the pastor’s teaching and authority is pleasing to God and, if practiced, will bring the blessing of God.

As an IFB pastor I taught that the Bible clearly defined the roles of men (husbands), women (wives), and children. The Bible was clear; the husband is the head of the home and the wife is commanded to submit to the authority and rule of her husband. Like the pastor in the church, the husband is the final authority in the home. It matters not if he is worthy of such responsibility. A husband is disobedient to God if he refuses to be the head of the home. The wife, if she refuses to submit to her husband’s authority, is a Jezebel and risks the judgment of God.

I taught men that God’s highest calling for them was to be leaders. Men were called to lead the church and the home. (and lead the government) The strength or weakness of any culture, church, or home depended on whether or not men were fulfilling their divine calling to lead.

Children were at the bottom of the hierarchical system. They were under the authority of God, the Bible, the pastor, their father, and their mother. (And according to my sons, the oldest brother) Children had one divine calling in life, obey!

Polly and I have been married almost 33 years. We have six children. Our older children went to a Christian school for a few years and for 17 years we homeschooled our children. For the first 20 years of  marriage we followed the hierarchical system detailed above. For the most part Polly didn’t work. I was the breadwinner. I pastored churches fulltime but, due to the notoriously low pay in IFB churches, I also worked a number of secular jobs. For years on end I worked 60-80 hours a week, neglecting my wife and children. Regardless of the neglect I was still the authority in the home. I was the final answer for every question. I ruled our home with a rod of iron and my family feared me. Of course I never called their fear fear. I called it a healthy respect for authority. I gave the orders and they obeyed.

For many years my wife (2) and I followed the general tenets of the quiverfull movement. (though we didn’t know it as that at the time) Our children are ages 32, 30, 27, 21, 19, and 18. Between our 27 year old and 21 year old we embraced Calvinism and became persuaded that using birth control was a sin. We believed that God was sovereign and He opened and closed the womb. Who were we to stand in the way of God blessing us with more children?

Before we could blink we had three more children, all in diapers. Polly was known in the family as Fertile Myrtle. I was persuaded that if I looked at her she would get pregnant. I have no doubt that we would have had 20 children if we had continued to abstain from using birth control.

Fortunately Polly’s doctor intervened and told us in no uncertain terms that Polly’s last pregnancy had taken a huge physical toll on her and any future pregnancies could kill her. We decided, God’s will be damned, that we were not going to have any more children. I was considered a hypocrite for not trusting God in this matter, but I had no desire to be wifeless with six children. (sadly my motivation was selfish) Several years later Polly had a tubal ligation and the rabbit died.

In a future article I plan to write about how the thinking mentioned in this post affected the churches I pastored and how it affected my family. I want to detail how this kind of thinking almost destroyed my marriage and how abandoning such thinking transformed my relationship with Polly and our children.

(2) I don’t like using phrases like my wife and my children. While most people see these phrases as harmless they are a reminder of the past, a past where Polly and the children were treated like slaves and property. I try to avoid using these phrases, but in some instances they cannot be avoided.

Read all posts by Bruce Gerencser! 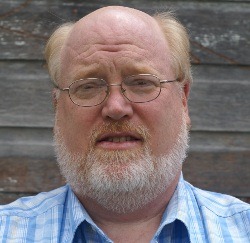 Bruce Gerencser spent 25 years pastoring Independent Fundamental Baptist, Southern Baptist, and Christian Union churches in Ohio, Michigan, and Texas. Bruce attended Midwestern Baptist College in Pontiac, Michigan. He is a writer and operates the Fallen from Grace blog. Bruce lives in NW Ohio with his wife of 32 years. They have 6 children, and five grandchildren.