Adventures in Recovery: You Gotta Serve Somebody

On Schisms and Authority

I was working recently on a large graphic design job when it struck me about the differences in the way authority looks inside of the Fundamentalist Patriarchal culture and from the outside.

It was one of those design projects for a larger firm and I was working as an independent contractor. A design project where I was given the basic elements the client wanted in the design but not much else. Punt, pass or run with the ball, it was my call. My idea for the project really jelled quickly as I was working with those basic elements, I had a very good idea going in a totally different direction than was suggested at the meeting. I quickly worked up two or three variations of my ideas and presented them to my agency contact, very excited by my new ideas.

Even as I was working as a contractor independently without a boss breathing down my neck and as a side job completely removed from my day job at the art studio I wasn’t entirely on my own. Final approval was through my agency contact, my authority on that job.

We’re all under some sort of authority, be it family obligations, jobs, bosses, governments, or from inside ourselves. Most of us know in ourselves that there are definitely authorities that you must obey regardless of how we feel about it. Don’t believe me, try running a red light about a hundred miles an hour and rejecting the authority of the cop that tries to ticket you. There’s three hots and a cot waiting down at your local pokey with your name on it if you resist. I should know, I have a stairway to heaven high pile of parking tickets in my name. My rebellion is tame but it’s there.

All this led me to thinking about authority and how many people in the more rigid portions of fundamentalist Quiverful land chafe about any authority that they don’t consider coming right from the hand of God.

We pay a great deal of lip service to the idea of authorities when we’re under conviction of that particular type of religion with its own controls. But we don’t respect it. We look for ways around it when it runs counter to some small petty detail.

I’m not talking about those of us that tried mightily to appease the demands of an angry tin-plated demigog that female submission seems to spawn in weak men. Those fundamentalist Frankensteins most of us did profess to obey. I’m talking about the spiritual authority of others and the reasons behind it.

They talk a good authority game, these self-righteous ones, making ever more complex rules about things as silly as covering ones head or not making move one without consulting the pastor. Usually just for control or to make themselves feel better than others or more righteous. But heaven forfend someone in our church decides that the only true way to heaven is head coverings in blue only while you believe that red is the only true color. You can’t agree, you consult this or that religious authority without taking in any advice that runs counter to your belief in the righteousness of red. Instead of looking for solutions or trying to understand the other side and compromise or even agree to allow each to do what they feel is right this usually explodes into open warfare. Splits occur between the two and they rope in people to each side, squaring off like the fate of the world depends on it. Lies are told, stories exaggerated to the point where the people on the other side of the issue are demonized and painted as the devil’s capering minions.

Okay, so maybe I’m making the head covering color war up, but it’s just to illustrate a point. Recently I’ve gotten to see this phenomenon of the consequences of paying attention only to the authority you chose and squaring up on different sides. About six months ago Pastor Patrick from Possum Creek Christian Fellowship  up and resigned. He said it was because he wanted to go teach at a Bible college but six months later he’s clerking at a local grocery store, moving the melons and tottering up the totals. The sad truth is that the various splits at PCCF had driven away many of the church members giving the biggest tithes and the church could no longer afford to pay him. He bailed while he could.

The bad thing about his bailing is that a) he left no true authority figure in place and b) he left many long-simmering just under the surface feuds that he well knew of unresolved. Patrick really sucked hard at managing people and interpersonal relationships. After he left one of the church elders, the eldest Elder, started trying to force the church into changing into an old style Pentecostal church. He seized power, started the lying, the confrontations, the feuds and every type of power play he and his wife could come up with. You’d think they were Juan and Eva Peron and the church was a multi-zillion dollar asset to be squeezed of every dime from the way they are acting. There’s even been a fistfight in church now along with gossip, malice, emotional attacks and just in general very bad personal behavior.

What of the other side? They just want to be allowed to worship God freely in their same Charismatic Christian way, with rock and roll, not hymns and have things continue on much like they have for a long time now, well over ten years. It looks likely that they will mosey off and start their own Church of the Holy Basement in someone’s home and continue on.

I had to explain to several of them the other day that what is being screamed and shouted at them by Eldest Elder’s side amounts to spiritual abuse and no one has the authority to heap abuse on them. That the best response to abuse is to simply tell the abuser they have no right to abuse you and to walk away, end the abuse, remove yourself immediately. Interestingly enough many of these people that have contacted me in tears about the church situation are many of the same ones that hurled spiritual abuse at me when I left. Now they want to know how you heal and move on. I try to help with whatever small ability I have and the lessons the last few years have taught me. I try to encourage them that the pain will not last forever, that there is hope and healing in the future if they keep moving forward.

Remembering those days when those in authority over you were God, the pastor, your husband and the church elders but no one else makes me realize how wrong I was about authority. I have authority over myself and there are those in different spheres, work, social or governmental that have some authority over me. Authority isn’t a bad thing. In mainstream denominations the authority is more a protection instead of a control. Authority that is strictly for control and power over you that serves no other purpose too quickly devolves into abuse.

August 4, 2011 Family Driven Faith ~ Part 2: It Is Good to Be Free
Recent Comments
3 Comments | Leave a Comment
Browse Our Archives
Follow Us! 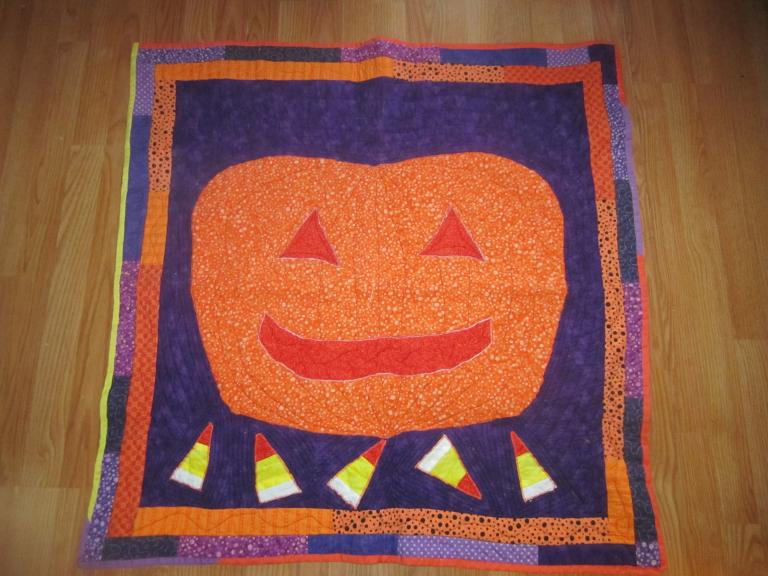