Daughter of the Patriarchy: The Waiting

Daughter of the Patriarchy: The Waiting August 25, 2011 Guest Contributor 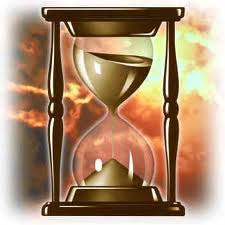 I loved driving. I’d always known I would. As a child, I collected Hot Wheels cars until they numbered in the hundreds. When I was twelve, my mother decided to teach me to drive in case my father’s rage spilled over completely and I needed to escape. It was both terrifying and exhilarating. The car felt huge and seemed to move so much faster when my hands were on the wheel. I crowed with pride as I successfully navigated the winding roads of our rural neighborhood, passing a UPS truck with wide eyes and short breath.

As I grew older, I periodically stowed away money for a car. At my bakery job, I thought I might finally have a chance when I amassed $1,000 – a year’s savings. Anxious to get wheels, I researched motorcycles and mopeds, which were both cheaper and had a younger age restriction, but was repeatedly told that young ladies shouldn’t ride motorcycles – how could I, in a skirt? I was prepared to make it work until winter convinced me of the foolishness of that plan. I focused my energies again on hunting for cheap cars.

Time and again my savings evaporated: my father took the thousand; rent and food took the rest. I was a contributing member of the household; that meant petty savings for a teenager’s car was low on the priority list. Each time my mother’s outdated and under-maintained car ran itself into the ground and she was forced to buy or lease another, she promised that next time, I’d get to keep the old one. It never happened.

When I was sixteen, my mother and I moved to a farmhouse apartment in a rural area with only one general store within twenty miles. I applied for a summer job there, but was last in the queue of several farm kids and was never called back. My mother commuted to the bakery, an hour’s drive, and I was left to fend for myself in the house. My halfhearted attempts to master Algebra II soon dissolved, and I began to spend my days online, as I had done three years earlier. This time, I was playing a video game: Dark Age of Camelot, an online roleplaying game. All pretense of homeschooling was silently dropped. Our house was not in order; public school was not an option. And so I vanished into a game.

Sven and I played the game first together, igniting no small controversy in the church. The fantasy genre was already suspect: everyone knew that good Christian kids didn’t read Harry Potter, much less play any game resembling (God forbid) Dungeons and Dragons, where kids practiced actual incantations and learned to command the legions of the devil. (Oh, how many high schools would mysteriously burn to the ground if that were true!)

Sven and I defended our pastime vociferously: we knew no occult spells. Sure, there was “magic” in the game, but we were only pressing buttons to launch imaginary fireballs at opponents. There was no devil here. Our loudest opponent, a 26 year old, insisted that the only way to avoid witchcraft was to avoid the appearance of magic.

He was holier than we were; he only played Grand Theft Auto.

As my life dwindled to Sunday church services and fellowship, occasional trips to northern New Jersey to work at the bakery, and the closed Algebra book on my nightstand, I investigated more areas of Dark Age of Camelot, playing in zones where Sven didn’t play, and interacting with other people. Eventually, I made friends. I joined a group called “Lema en Estela,” where I found I could live in another world: one where I didn’t have to demonstrate my piety. I could be imaginative here. I could compete and win without being told that I was violating God’s order. I could make jokes without being told to be sober and serious, for the hour was late. More important, I could have long, friendly conversations with people who accepted me for who I was.

Soon I’d abandoned Sven’s realm to spend all my time with Lema en Estela. I was hiding, but I was safe there. Safe from the impending failure that was my high school education. Safe from my father’s intrusions back into my life. Safe from the judgment of the adults at my church. Safe from the false girl friends who used me to get to Sven. Lema en Estela, as ephemeral as it was, was a beautiful refuge from what otherwise was an empty time.

In between escapes to what amounted to my own digital Narnia, I emerged to find a vale of sorrows: deaths in the church, then a death in my family. My father, who’d left us blissfully alone for three years, had lost his house and his girlfriend and dragged his own small business into the gutter with an exorbitant lifestyle. He crawled back to my mother, homeless and unemployed, and was met with open arms. God didn’t recognize their divorce, my mother said, and neither did she.

Within months, my father had taken up his post as “head of the household” again, even though he still wasn’t working. As the family patriarch, he spared no opportunity to let us know how we failed to live up to him: my mother still didn’t have a “real job,” and my “attitude” was bad. Though he had no interest in my mom’s religion, he was delighted by her submission: it provided him with a punching bag. Night after night, he told her how defective she was: mentally, physically, economically. His angry outbursts only grew worse when word arrived of his young brother’s suicide. I held my breath and disappeared into the digital world, as often as possible going unseen and unheard. I ate dinner in my room when I could and wolfed my food quickly to escape on other nights. I buried my nose in the Bible and the stack of sermons by William Branham on my mother’s nightstand. I cried out every night for the Holy Spirit to save me when thunderstorms sounded just like the first bombs of the Tribulation. The world outside was rending itself to pieces; I wondered if I might go unnoticed and survive.

I hid in my tiny digital world for a year. Sven and I occasionally met online to play strategy games or chat on AIM, but only rarely did we meet in the flesh. When we did, it was determined that I needed to be watched: we brought along his younger siblings, or one or two other friends, to ensure that no monkey business went on if we were ever allowed in the car together. Sometime during the year, I learned that Sven was encouraged to drive out on errands with his friend Jenny, alone. The injustice burned; I could understand Sven’s parents’ arguments about abstaining from the “appearance of evil” and not placing ourselves in temptation, but not why I was the only girl with whom the danger of evil and temptation lurked.

Then I turned seventeen, and a crack appeared in the ceiling of my world. I received my learner’s permit to drive. I slid behind the wheel eagerly, gripping the steering wheel like a life preserver. This would be my ticket out. I could feel a rush of independence surging from the engine, to the wheel, through my arms and up to my giddy brain. Once I was on the road, I could be my own person at last. Almost.

All I needed was that most distant of possessions for a girl growing up in fundamentalism: a job, and money of my own. That most coveted dream had dipped closer, and I reached with all my might.

August 29, 2011 Tea Party Family Values and the World's Greatest Freak Show
Browse Our Archives
get the latest from
Nonreligious
Sign up for our newsletter
POPULAR AT PATHEOS Nonreligious
1