Corpses Don’t Rebel: A former follower of Michael Pearl’s "To Train Up A Child" reacts to the death of Hana Williams

This piece was submitted by No Longer Quivering member, “ExPearlSwine” – who understandably wishes to share her story anonymously.

The death toll from parents following Michael and Debi Pearl’s teachings continues to mount. Another child is has been “biblically chastened” to death via corporal punishment, and Michael Pearl is defending his teachings in the mainstream media while promoting his new book. Gary Tuchman and Anderson Cooper both reported on the death of 13-year-old Hana Williams, whose adoptive parents Larry and Carri Williams subjected her to beatings and neglect while following the teachings of the Pearls.

Michael Pearl defends himself and his teachings during his CNN interviews using two arguments: 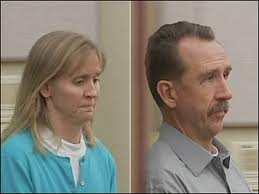 First, the presence of his book, To Train Up a Child, and the presence of his other teaching materials on “biblical chastisement,” in the homes of homicidal parents, is purely circumstantial. It makes no more sense, Pearl argues, to blame To Train Up a Child for discipline-turned-abusive-turned-murderous than to blame Alcoholics Anonymous brochures in the home for deaths due to drunk driving, or weight-loss materials in the home for obesity. As Anderson Cooper pointed out, this defense is illogical. AA literature says not to drink, especially while driving. Pearl literature emphasizes inflicting physical pain on children in order to break their wills and achieve total obedience to parents. In the Cooper interview, Pearl talks about physically chastising to “get the child’s attention.” What if your child still isn’t paying attention?

Pearl’s second argument comes up every time his teachings are linked to children beaten to death: kids end up abused and killed because parents, despite owning copies of his teachings and trying to follow them, aren’t really following his teachings. They are missing the joy part, the reconciliation part, the praying part, the loving part, or whatever. They discipline in anger instead of in love.

Or—and I suspect this is what Pearl really thinks but can’t say without contradicting his own child-training directions—they should have known when to stop, when they were being cruel and abusive instead of loving, even if the child was still in rebellion and hadn’t budged an inch. At some point, a loving parent with some sense and a conscience will stop inflicting more pain. This is what Pearl believes, or at least one would hope this is what he believes. This isn’t what he teaches.

I followed the Pearls’ teachings for years, and the children I subjected to “biblical chastisement” are very much the worse off for it. I’m wondering which part of Michael Pearl’s teachings he’d say I was missing:

This is what I was missing: the part where the Pearls’ teaching worked. Only one child out of the oldest four quietly obeyed in response to chastisement, but she also had signs of severe emotional disturbance. She withdrew into herself and didn’t speak until she was two. The other three oldest children out of my Quiver Full of kids would rebel. And rebel. They would go to the wall rebelling. They would rebel until the cows came home and the bulls came home and calves were born. The more you hurt them, the more they rebelled.

Michael Pearl has only three methods to deal with continued rebellion in children, since his teachings are straight from the Bible, and therefore infallible:

Oh, and don’t forget to be loving and joyful and kind and patient just like Jesus (only I can’t see Jesus removing the diaper of a baby to inflict any degree of pain on her whatsoever using any object or even his hand, by any stretch of my imagination). But don’t give in. Don’t stop chastising, and make sure it hurts. Don’t let the kid (and the devil in the kid) win.

When the Pearls’ methods failed, I got stuck on method a. Blame yourself.  I re-read To Train Up a Child. When I knew I had it right, I hit harder. Prayed harder. Did the whole disciplinary routine smiling from ear to ear and cooing like a dove. My babies acted freaked out by my grin (it was a lot like Debi Pearl’s vacuous, huge grin in the Tuchman interview) and were enraged by my efforts to “lovingly reconcile” with them after spankings. They kept up the fight. At this point, I think I would have admitted to myself that something was wrong with this whole child-training method and stopped torturing the toddlers all day to no avail. If you have to be cruel to get the Pearl method to work on some kids, it’s wrong. I had a husband, however, who was firmly convinced that Pearl was right. He went right for the b. and c. options: hit harder and blame the kid.

Options b. and c. are hard to do without getting angry. They are hard to do without leaving bruises, especially since Pearl discipline is cumulative: faced with entrenched rebellion, you are supposed to hit repeatedly and in the same areas. My ex-husband got angry with the kids for thwarting the Pearl method, but he remained coldly self-controlled. He also left bruises. A lot of bruises.

Why didn’t I stop him? I finally did, but early in my marriage I was paralyzed by fear and brainwashed by bad teaching. We both feared raising ungodly kids. We were looking for confirmation that some part of this system worked, and my ex-husband began to get results. The children flinched when he even moved. Cowered when he reached for a spanking implement. Had semi-seizures on the carpet following “biblical correction.” We got compliance with our wishes. Eventually, there was immediate and unquestioning compliance. My ex-husband had quelled the rebellion in three kids. He had created unfocused, freaked-out little robots who obeyed. The joy and the peace that was supposed to suffuse our home according to Pearl, we thought we could dispense with. Maybe it would come later; the Pearls are a little vague on where the peace and love should come into the process, just as they are a little vague on how you can keep “chastising” repeatedly with progressively increased force in the same places without leaving bruises.

To Train Up a Child is a manual of progressive violence against children. Not only are there no stopgaps to prevent child abuse, the book is a mandate to use implements to inflict increasingly intense pain in the face of continued disobedience. The part about not causing injury is vague and open to interpretation, but the part about never backing down or shirking your parental duty to spank harder and harder is crystal clear. The Pearls’ teachings will lead, inescapably, to extremely strong-willed kids being abused and sometimes murdered by fundamentalist parents who are determined to “break” those children.  The Pearls’ defenders will say, “Oh, they took it to an extreme and should have known better.” If anyone knows better than to keep inflicting more severe discipline on an intractable child, they can only apply that knowledge by scuttling the Pearls’ sadistic teaching and being more reasonable. 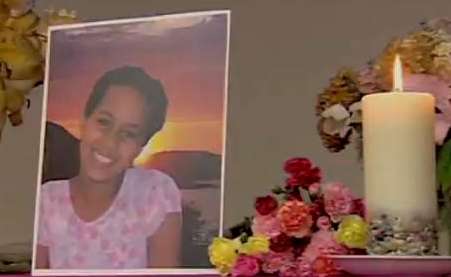 I think Hana Williams was a lot like my oldest three kids, only stronger. I think Lydia Shatz, the other recent Pearl casualty, was a lot like them too. Maybe their iron wills and endurance came from being born in Africa and living under harsh conditions. Perhaps, like some of my children, they had some innate sense that their parents were screwed up and that all their parents’ so-called “Christian love” did not cancel out or justify their own physical suffering. They resented being classified with the demons for daring to disagree, for wanting a relationship with their parents that wasn’t based on changing their behavior, personality, or identity. The pain only stiffened their resistance. They were not going to be broken by people who continually inflicted pain on them. The only way to break the wills of children like this is to kill them. The 911 call that Carri Williams made to the police dispatcher says it all.

Carri Williams: Um, I think my daughter just killed herself.

Operator:  Why do you say that?

What’s wrong with Hana? “Um, she’s really rebellious.” She won’t do what we say.

No, she’s not, she’s dead. She can’t rebel any more. And you’re blaming her, saying she did it to herself.

Thank God I escaped from thinking like you, Carri Williams. Thank God some of my babies were mothered without pain, once I got away from their father and all the right-wing fundamentalist teachings that had ruined my life, Pearl’s teachings included. Will I ever forget the confusion and pain in the wide baby eyes of the oldest ones, when I first swatted their tiny hands? They were startled, bewildered. And then they opened their mouths and cried the cry of the completely betrayed, the absolutely alone in the world. I was the only person they even recognized yet, and I had hurt them. To this day, it haunts me, as you will be haunted by your last glimpse of Hana alive, just before she collapsed. Hana’s last stand.

November 1, 2011
No Greater Joy Ministries Capitalizes on Tragedy with the Release of Michael Pearl's New Book: "Training Children to Be Strong in Spirit"
Next Post

November 3, 2011 To My Shame ... I think I might understand Hillary Adam's mother
Recent Comments
50 Comments | Leave a Comment
Browse Our Archives
Related posts from No Longer Quivering