An Introduction to Paul 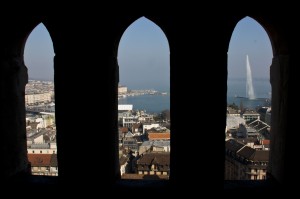 Vyckie Garrison has asked me to write an introductory post concerning my blog, paulspassingthoughts.com, and the timing is perfect. After researching New Calvinism for five years now, I have recently discovered a relationship between New Calvinism and Patriarchy groups. This is a very significant development.

New Calvinism shapes most of the Christian landscape in our day. It came out of the Progressive Adventist movement in 1970. The base doctrine is the centrality of the objective gospel outside of us. It teaches that all truth is outside of us and encapsulated in the gospel. By understanding Christ and his works in a deeper and deeper way, we manifest one of two realms, Spirit or flesh. New Calvinists attest to what some call the total depravity of the saints.

The project that launched the movement was known as the Australian Forum and their theological journal was Present Truth Magazine. The magazine is no longer published, but at one time was the most widely circulated theological journal in the world. The Forum participants, primarily Robert Brinsmead, Geoffrey Paxton, and Graeme Goldsworthy believed they had rediscovered the lost gospel of the Reformation.

The movement is characterized by exclusiveness (what they call their “scandalous gospel”), a Crusades like motivation (new Reformation), and heavy handed leadership style. These are basic characteristics that result in the tsunami of spiritual abuse that is indicative of New Calvinism. In fact, the list of potential warning signs for spiritual abuse as posted by the Take Heart Project hit close to home for those who know New Calvinism:

Does your church or group place careful emphasis on unquestioning obedience to authority?

Does your church or group believe that they have found the truth and that all others are deceived?

An affirmative answer to the latter question dominates the New Calvinist motif of the lost Reformation Gospel rediscovered by the Australian Forum. It is known in the movement as “semper reformanda.” The recovery of their “underestimated,” “unadjusted” gospel.

The marriage of New Calvinism and Patriarchy-like movements is bad news for the church. Only truth sets us free; truth only sanctifies, and nothing else (John 17:17). My preliminary studies indicate that this is a marriage of convenience, unlike the majority of movements today that find their roots in the centrality of the objective gospel outside of us. But New Calvinism has tenets that bolster Patriarchy in many ways, as can be illustrated with this microcosm by blogger Mara Reid: From Bitter Waters To Sweet

Also, New Calvinists played a role in the development of The Danvers Statement which is sort of a statement of faith and purpose used by the Patriarchy movement and developed by The Counsel on Biblical Manhood and Womanhood. The counsel’s staff,
board of directors, and council members are heavily populated with New Calvinists. This tightknit relationship is intriguing to me.

I have a dog in this fight. I find the indifference regarding the spiritual abuse of these ministries as unfortunate collateral damage completely unacceptable. A small price for the sake of the semper reformanda seems to be the attitude. Such is not our Lord. He is a judge that stands at the door in defense of the one of ninety-nine, the one who knows of every sparrow that falls to the ground, and defines true religion in service of the oppressed. God’s law is written on the heart of every person, but the Christian has that law set on fire in his heart by the Spirit of God. We love what God loves, the God of Justice and mercy, the defender of the weak.

This battle can be won and many can be saved from unnecessary evil, but we must take a lesson from the abusers themselves. The Forum started the techniques of networks and conventions to promote the centrality of the objective gospel. Those joining in God’s service to earnestly contend for the faith will have to do the same. We will do this in the midst of what Christ predicted would be the conditions of the last days marked by his coming and imminent return:

“Because of anomia, the hearts of many will be cold.”

Be sure to visit Paul’s blog for more of his thoughts on subjects like the one raised today. http://www.paulspassingthoughts.com

March 18, 2012
Debunking the Fourteen Basic Needs of a Marriage: Part 1b - Women? Goals? Who Are YOU Kidding!
Next Post

March 22, 2012 Homeschooled Girls and Trash Cans: The Social Isolation of Homeschooling
Recent Comments
17 Comments | Leave a Comment
Browse Our Archives
get the latest from
Nonreligious
Sign up for our newsletter
POPULAR AT PATHEOS Nonreligious
1