Why Courtship Fails: A Male’s Perspective 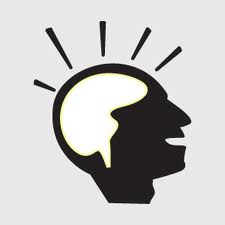 As a young man in my early twenties who grew up in conservative homeschool circles, I was excited to return home after spending four years in a Christian college. I had very little experience in dating and hadn’t been in a relationship in college, but I had a good degree and a solid career lined up in front of me. My parents were excited too, because they hoped that I would be able to easily find a bride among the many single homeschool girls my family knew. I was a willing participant to their plans, but I soon found out that even with the right credentials, it was still impossible for me to come against homeschool patriarchy and perfectionism.

According to Bill Gothard and Doug Phillips, a girl who has spent her entire life preparing for marriage under unquestioning submission to her father should expect to have almost too many young men seeking to win her hand. Eventually, her father would choose the right one for her. Her future husband would be a paradox: ambitious and hard-working and able to support a family, yet fully under his parents’ authority and living in their house without going to college. He would be an intelligent, independent critical thinker, yet he would agree unquestioningly with every belief of his parents and church.

Most of my family’s friends subscribed to these philosophies. But as their daughters approached their late teens, these families began to realize, either consciously or subconsciously, that many of the required attributes of a “godly young man” are mutually exclusive. An ambitious, hard-working young man is going to want to go to college, or at least live at a level of independence from his parents unacceptable to Gothard and Phillips’ teachings. And any truly intelligent and critical-thinking suitor is not going to agree with his parents on everything – especially if his parents are die-hard ATI-followers.

For many girls I know, the perfect suitor never materialized. Instead, they became forced to wait for the elusive young man who could gain the approval of their father. Many of my more ambitious male friends left the homeschool community entirely out of disgust, tired of facing impossible obstacles set up by fathers just to get to know their daughters. The boys who remained were often never given enough freedom to choose anything for themselves, and were under-employed, unable to communicate with women, and altogether as uninteresting as they were ineligible.

Faced with failure, most people don’t accept their mistakes but instead cling more dogmatically to the same beliefs that created their errors. Thus, when forced to decide between the two types of young men – those who are ambitious, entirely Christian, but not conformist, and those who were essentially mini-versions of their parents – many fathers ultimately consigned themselves to giving away their daughters to the latter. Doug Phillips loves to say that a father is in a much better position to judge the true character of a suitor than his daughter. I, on the other hand, have found that fathers are just as subject to the flattery and smooth talk of an ill-meaning young man as they assume their daughters are. I have seen young men get married who never would have had a chance of even getting a date in the real world. But for girls with no other alternative except being surrogate mothers for their younger siblings, even bad marriages often seemed desirable. If anything, it allowed them to get out of their fathers’ house.

It is a cruel irony: a culture which esteems marriage and family as the highest ideal ultimately makes it unattainable. Organizations like ATI and Vision Forum that claim that women only have a role in the house ultimately doom them to a lifestyle apart from their ideal. By idolizing marriage, finding a spouse becomes almost impossible.

I experienced this dilemma first-hand last summer when I asked a girl out from a “courtship” family. My family had known hers for several years. I had only spoken to her on a few occasions, as her parents believed very strongly in limiting male-female interaction. Still, I was very impressed with what I had heard about her. She had been accepted into a prestigious Christian university, although she was not attending in accordance of her father’s wishes. She was very intelligent, and did not agree with many of her parents’ stances but chose to live in respect of them anyway. Her family didn’t interact much with anyone outside their very narrow church circles, so she seldom came into contact with the outside world.

I did everything the way a godly young man was supposed to. I called her father first. I patiently listened to his opinions on what our “courtship” should look like for four grueling hours on the first day that I met him. I found a chaperone for our first outing. I learned from an overly-talkative younger sibling that I was the first person ever to ask her out.

Our first event went very well. We spent a day perusing a museum and getting to know each other. I was very impressed with her thoughtful insight and her cheerfulness despite her circumstances. She had the ability to run a household that wasn’t even her own, yet was not blindly accepting of everything she was told by her parents. Deeply impressed, I asked her parents’ permission for another outing.

A week later, I got a phone call from her dad. He was apologetic but firm. He told me that I was a true gentleman several times and congratulated me on my career. But there was one theological difference that he could not overcome, regardless of how his daughter felt on it. When I heard what is was, I felt like laughing and crying at the same time. The issue was so minor that my Christian parents had been married twenty years together in perfect harmony before they had ever even thought of it!

Still, I was satisfied that he at least accepted me as a person. I knew a boy who had been met with ridicule and disdain by a girl’s father when he had expressed interest in her. When she turned twenty-five, still living at home and waiting for a suitor, the dad relented and tried to get the young man to court his daughter again. The young man said in no uncertain terms that he was no longer interested. Several months later, he started dating a woman from far outside homeschool circles.

Recently, I heard that several homeschooling mothers were lamenting that he left the circle of women had grown up with in order to find a wife. To them, it was a contradiction of everything they had expected. They truly had no idea why he wasn’t in a “courtship” with one of their own daughters! I’m afraid that their daughters will also be wondering why for many lonely years.

The Graduate is a young man in his mid twenties who was formerly raised in the ATI lifestyle. Although he appreciates the contributions his parents made toward his education, he now sees how many parts of his previous lifestyle were both unwise and unbiblical. Because his family has left A.T.I., he struggles to connect and relate to the people he grew up with

March 11, 2012
Debunking the Fourteen Basic Needs of a Marriage: Part 1a
Next Post

March 15, 2012 Good Intentions, Bad Fruit
Recent Comments
51 Comments | Leave a Comment
Browse Our Archives
get the latest from
Nonreligious
Sign up for our newsletter
POPULAR AT PATHEOS Nonreligious
1