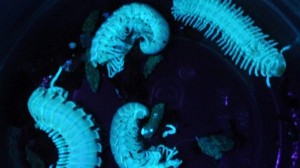 (Editor’s Note: Millipede has been recounting her history of how she came to join a patriarchal lifestyle on our forum starting about six months ago. She’s graciously agreed to allow her writing to be reposted here. We thank her for that!)

To tell it in a nutshell; my husband and I became part of a reactionary milieu, joining a “movement” which addressed various issues such as gun rights, survival ism and so on. I still hold my beliefs pertaining to these issues and so this is not an indictment of “right wing extremism”. In fact those early years were wonderful and I would gladly join such a group.

I was not new to such views. Years before I even met my husband, I had been active in various causes. In the intervening years I had become inactive and so when my when my husband and I started exploring various issues I felt joy at becoming politically active again.

I am giving background, not getting up on a soap box.

Anyway, the road to patriarchy was at first slow. Even in right wing “extremist” circles there is quite a diversity of beliefs concerning patriarchy. Also, there are some who may on the surface appear to endorse patriarchal belief systems, but are actually pretty mild if not “enlightened” in their views and treatment of women. There are even some who could be called feminists. Again certain causes attract all sorts of people. It was sort of our version of the “popular front” so to speak.

In years past I had rubbed shoulders with the ultra patriarchal crowd from time to time. However I was always turned off by their views and always kept them at arms length, preferring instead to associate with those who were not so hung up about women. There were plenty of channels to travel that did not lead to the patriarchal camp.
Becoming active again several things were different. Ironically, this was a milder crowd, not near as “out there” on certain views. More importantly, I was no longer single, but was involved as the wife of a spouse who was in the course of searching out his views. This should have been something great, but little did I know.

My husband and I became involved in what one might call a patriot group. During that time I met a lot of wonderful people, many of whom I still call friends this day. It was an exciting time, I was so happy that my husband who at first was reluctant to become active was involved alongside me.

During the next few years we saw factions split off, people go different ways, new people join. Such was the life in such a group. In the later years, not long before the group dissolved, we started a close friendship with a particular member. This gentleman came from a conservative Christian background. Intelligent and kind he was not only exploring political issues, but was on a theological journey. At the time my husband was not religious. In fact, he had not been in church since he as a teenager, having rebelled against a conservative religious upbringing.
In the group my husband heard much about restoring America as a Christian nation even if it was in a loose and undefined sense. To most Patriots, it was more about the acknowledgment of America being a Christian nation coupled with the idea that Christians should be allowed to worship and serve God without government interference. It often went no further than that.

As the friendship grew we became friends with a circle of Christians that we met through this man. Most had not been involved with the Patriot movement, but were friends of his who were dissatisfied with the churches of their childhood and were searching for answers. They were decent and kind people and we “clicked” as a group. My husband’s interest in the Bible was rekindled and he rediscovered his Faith. I was overjoyed at first. What better a way them for husband and wife to make a journey side by side.

The Patriot group imploded in time, while most members formed small groups, we slowly drifted away, seeing less of them. A few did hang on the periphery of this circle, also interested in studying the Bible. By that time we had started to regard most Patriot types as somewhat hypocritical; always talking about American being a Christian nation and yet not bothering to go to church or really trying to live by God’s Laws. We thought this more and more as we studied the Bible, discussed various passages and their meanings. We weren’t just mouthing empty platitudes, but were actually trying to live by the Word.

At first our group was a “home church”, meeting at various members’ houses. Our friend dreamed of having a real church building where we could worship together. In time the opportunity for this to happen materialized.
As I stated before These were exciting times, while the Patriot group had been a great start, it was only that-a start. Now, we were concerned with more important things.

It was at this time that other things were becoming apparent, at the time they were only minor disturbances. However, in hindsight, they were a great importance.

April 17, 2012
Emotional Incest: The Mama's Boy and the Other Woman
Next Post

April 23, 2012 "Children Are a Blessing" video - Quiverfull believers explain Quiverfull
Recent Comments
25 Comments | Leave a Comment
"This is late, partly bc of my preoccupation and partly bc I'd been slowly reading ..."
Jennifer Serena’s Serenity – Luxury Hotel, Birthing ..."
"Thank you for your commitment to truth and love, Suzanne. Best wishes to you and ..."
Meredith Anne Not a Goodbye, More of a ..."
"For your sake, I am so glad you will no longer be editing and managing ..."
Lana Not a Goodbye, More of a ..."
"For what it's worth, I've learned a lot from you about a Very Creepy movement ..."
Griff Pryce Not a Goodbye, More of a ..."
Browse Our Archives
get the latest from
Nonreligious
Sign up for our newsletter
POPULAR AT PATHEOS Nonreligious
1