Sex Confessions and the Single Fundy: Adventures in Recovery 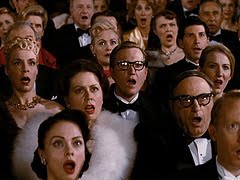 (or be careful who you tell your secrets to..)

Bless me Father for I have sinned… told you I’d been raised Catholic. One of the big rituals from my days in Catholic school was the time of confession. At first I found it frightening, going into that big wooden closet-like structure, sitting down with only a metal grill separating you from a priest. You usually couldn’t make out exactly which Father was hearing your confession.

It was always awkward, trying to scare up a list of all the bad stuff you’d done that week. I was a shy bookish young girl and nervously squirmed in the confessional trying to come up with my wrong doings, only to sometimes whisper out stuff I didn’t even do just to have something to say. I’d blurt out that I’d thrown a rock at a bird or told a lie because I just froze, my brain going into some sort of crazy lock up. The priest would tell me something like it was important to recognize your wrong doings, that the Lord forgave us, give me a simple penitence such as saying the Rosary a number of times before dismissing me with the words to go and sin no more.

Like that was going to happen. None of us is perfect, me least of all. So the next week I’d find myself back in the box confessing again in a haze of guilt and shame. Shampoo, rinse, repeat ad infinitum.

When I was a teenager it became a game among some of my friends and I to try and invent the most outrageous of tales to shock the priest during confession. If you could get him to react in surprise, like drop his Bible or sigh it was bonus points.

When I started going back to church, in my early fundigelical days, our pastor took us through the study of the power of confession and breaking through barriers that hold us back. We went through a few months of studying Neil T Anderson’s “The Bondage Breakers” The crux of the book and study was that you had to recognize, confront and confess those things that were holding you back. As we finished up the series we were all issued companion workbooklets titled “The Steps to Freedom in Christ”

Recently I found this booklet in our storage room, among the things I’m sorting to either throw away or give to Goodwill. It was Jim’s book and I idly leafed through it. It had things in it such as the ‘Non-Christian Spiritual Experience Inventory’ and tons of formulaic prayers to renounce such things as past abortions, homosexuality, pornography, eating disorders. There were even special sections dealing with past sins such as being baptized in urine as Satan’s own and any wedding ceremony to Satan.

We were issued these booklets with the strict instructions to take them home, pray for a long time to have the Lord open our minds and then work through the materials. On the next Sunday we were supposed to bring the booklets back, all filled in, talk about the experience before the Pastor collected them all and locked them away in a file cabinet. He explained the reasoning for locking them away as so that we would be accountable in the long term, knowing our spiritual inventory sheets were saved.

Oh I well remember the weekend Jim and I each did ours. I remember weeping, on my knees, begging Jim to forgive me for many of the things I’d done wrong in our marriage. I also remember that against my own best judgment I brought my booklet back to church to turn in. Jim wisely refused to turn his in.

As we talked about the experience in our study the pastor encouraged people to stand up, tell their confessions and how they would be changing.

At first people got up and told their stories, small things like learning to be more patient and they repented from read horoscopes in the past. But as the teaching hour rolled on the confessions got more bizarre, much more awkward to sit through, people started to squirm. One member stood up to say he repented from his bad temper, that sometimes he felt like killing others as a result of their actions and he knew that was wrong. Later he did kill someone and I wonder now if perhaps his uncomfortable confession was a warning sign we all missed. 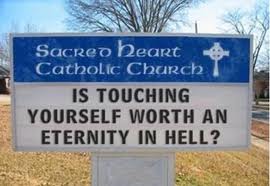 Finally, mercifully it was over after a few more sexual confessions from others. We’d veered from simple confession to complete too much information time. Pastor collected the work booklets to lock away. In the years to come the information on the sins confessed were used by the church leadership to sort of bully those that had confessed into behaving.

How so? When I joined worship team during the interview I was asked specifically about some of the sins I’d listed. Particularly if I still practiced that demon-inspired exercise Yoga. The only reference I’d ever made to anyone at church about Yoga was in my spiritual inventory booklet. It could only have come from there. Found out later that I wasn’t the only one asked about things they’d repented from in that booklet the pastor now possessed.

I didn’t think then and I sure don’t think now that Yoga is ‘sinful’ but then again the spiritual inventory listed such things as Magic eight ball, Martial arts and Dungeons & Dragons as hideous sins. Have a incubi or succis visit you in the night? Going to hell. Drink someone’s blood? Going to hell. Do the downward facing dog position in Yoga? Going to hell (according to their standards)

So what is my point, I bet you’re saying. My point is that confession for the purposes of unburdening yourself isn’t necessarily a bad thing. But confession as a means of gaining information about you to be used against you later is something a cult would do. A cult seeking to control you, wanting to know all your little dirty secrets.

It all boils down to control, not attempting to help you recover from some self harm. If the faith community you are a part of seeks to control what you think, your sexual life, your relationship with your spouse, what type of exercise you do then you can be pretty sure they’ve slipped into cult territory.

Confession has it’s time and place, the middle of a church wide Bible study is not that place usually. I like that the Catholics had confession as something between you and God with a priest intermediary, not checkmarks in a book filed away or shocking the pants off everyone in the congregation.

April 24, 2012
Debunking the Fourteen Basic Needs of a Marriage: Part d - Husbands are Omniscient and Wives MUST Give Sex Husbands
Next Post

April 26, 2012 A Tomboy in Christian Patriarchy
Recent Comments
14 Comments | Leave a Comment
Browse Our Archives
get the latest from
Nonreligious
Sign up for our newsletter
POPULAR AT PATHEOS Nonreligious
1

Nonreligious
Quiverfull Questioning: When is it Sexual Abuse and...
No Longer Quivering
TRENDING AT PATHEOS Nonreligious