Cult of Personality – Adventures in Recovery

Cult of Personality – Adventures in Recovery May 7, 2012 Guest Contributor 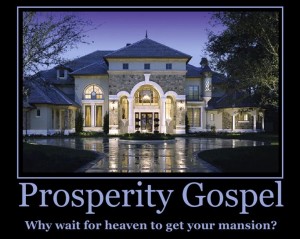 A few weeks ago I took my daughter out for an celebratory lunch at her favorite Greek restaurant. She’s gotten acceptance letters from all of the colleges she’s applied to plus we really needed to touch base, take a time out together from the busy of our lives. Over sovlaki and hummus she started talking about what she would say to our former pastor Patrick if she ran into him again. She had run into him an few months ago and had been so surprised she’d just hurriedly muttered out pleasantries before leaving him as rapidly as a man with his pants on fire would run for the lawn sprinklers.

I had to ask her what she would say to Patrick if they were face to face. She blurted out something like “F**k you, motherf**ker and thanks for ruining my f**king childhood!” before laughing. We both laughed imaging the faces of those sycophants and hanger on-ers Patrick was always surrounded by if she let the F word fly.

That’s one big marker of a cult-like unhealthy church atmosphere, if everyone treats the pastor as if he is either the world’s most famous rockstar or the big toe of Jesus touching down on the earth to be adored. We saw that, participated in the pastor-pleasing behaviors too, perhaps not to the depth that many did but we did it as a family. It’s dangerous business for the most part. When everyone is busy kissing the rear end of the pastor or bowing down to his every whim and word it starts to look like a one man show with no real room for the Lord or anyone else. Plus the pastor starts to think he’s in control or assumes control. It also breeds unhealthy competition among the members all vying for the attention and favor of the pastor.

There were certainly those at Possum Creek Church that courted Patrick’s opinion on every subject conceivable or at least enabled him to control most facets of corporate life at our church. Patrick picked the praise songs, rehearsed the worship team, picked out the study materials for all classes, picked who was allowed to do what and ordered others to do other things. I hosted our yearly baptism for years because Patrick ordered it so and I never thought to say no even as it was a huge amount of work for me. Baptism used every towel in my house, meant I’d have wet people traipsing in and out of our home and that I’d had to shock treat the pool with chemicals a few times before and afterward. Huge imposition but I didn’t think I had the option to nix.

He also preached that if you were good and holy you’d be rewarded here on earth. Patrick owned three houses and told us he obtained them by “God’s Favor” He flew out to the West Coast for his doctorate studies on the church’s dime. Patrick lived a life style much better than most everyone in the church with the exception of the one wealthy family.

We had a number of families in serious debt in our church that seemed to think it was okay to spend, spend, spend on their credit cards because, after all, God was going to bless them financially. It was their right since they lived lives of pure righteousness. I cannot tell you how many bankruptcies stemmed from this thinking at the church, but if I recall correctly it might have been as high as ten percent. This was when the economy was strong too. No telling how high the rate is now. Prosperity gospel mixed with the Rock Star Pastor mentality tends to use up your time, energy, emotions AND monetary resources.

Once the economy tanked and some of us that had good jobs left the church it seems that tithing dried up. It got so bad that Patrick issued a stern letter to the congregation stating that everyone who was a church member must attend plus bring their paycheck stubs. He was demanding to see exactly what everyone made and to extract a contract from them agreeing to tithe their full ten percent on the gross pay.  Well, this went over like a lead balloon with the congregation and some still there simply refused to tithe penny one or allow the pastor to know exactly how much they made.

When Patrick left PCC it all fell apart since it was all cohesive around him as the center. One of the big bombshells of his leaving is that it came out as the church had started to lose members during these tough economic times that Patrick had indulged in a little creative money management to keep drawing his salary. He’d drained other accounts, such as a building fund and endowment funds, to pay himself until all the accounts hit pretty much zero. That’s the sort of thing that can only really happen at these one man show places. I heard later that the elders knew what was going on but felt that they had no authority to stop him.

Now the few people left at the old church are struggling to raise enough funds just to keep the electricity on much less come up with the funding for a new pastor.

Unfortunately this isn’t exactly an isolated incident. Last week I heard of a large very popular church in our area that is going to lose the entire property their church sits upon. Why? Their long time pastor moved on after convincing the elders of that church to take on huge debt to build his personal dream, a large community center. Attendance and membership dropped off after Pastor Ted left. The few remaining folks not following Ted around are stuck footing the bill for something they can ill afford. The bank is calling in the unpaid mortgage and will be seizing the building soon. My new church has absorbed many members from the fall out there.

A few days ago while reading the news on a popular online news aggregate I saw that even Brownsville Assembly of God Church in Pensacola, Florida is in similar straights after Pastor John Kilpatrick departed to start a new church in nearby Daphne, Alabama, Church of His Presence. Once the Brownsville Assembly of God church was hosting nightly revival meetings attracting thousands from around the world. This went on for years. I’ve been myself many times to the revival services. (against the wishes of Pastor Patrick, he hated it when we went off to conferences at Brownsville, or Toronto Airport Christian Fellowship or Harrisburg, Pennsylvania’s Life Center Church)

I remember that the name “John Kilpatrick” was in the lips of many attending, discussing the teachings or planning to go. He was a big fish in the pond of Brownsville. The revival had already started to dwindle off before Pastor John left but it seems his leaving was something of a final straw. Many left followed him just right across the state line into Alabama to his new church.

Now I don’t know for sure that Pastor Kilpatrick was a Rock Star Pastor with a huge following but it sure seemed that way to me from my visits. The aftermath of huge debts and very few members at Brownsville makes me think that he must have been perceived that way by many. I’m not saying he urged anyone at Brownsville to go into massive debt. I’m merely observing there seems to be some markers there that the church had run amok at some point, following in the ways of those that are now trying to overcome bad decisions made by their superstar pastors.

The Rock Star Pastor can wreck a place without the pastor leaving at all. These last few weeks I’ve been reading many articles about the upheaval and allegations about TBN and it’s founders Paul and Jan Crouch. Another perfect example of control by the pastor and everyone going along with it, even if it borders on illegal and bypassed immoral ages ago.

I don’t quite think this is what Jesus had in mind with the 12 apostles or those that came after him, not controlling large groups of people or trying to live like a rap star. I think He’d be pretty aghast at what’s taken place in His name.

If your pastor is trying to preach the prosperity gospel while living like a petty dictator at the behest of his subjects then your church has morphed into a cult. Leave. Leave as soon as this starts happening because it’s not going to end well for anyone.

Finding it very sad that people can be led like sheep to abandon their own sense to follow not faith or belief but another human being just as flawed as all of us are off proverbial cliffs. Putting your faith in some Spiritual Superman is always dangerous. What I experienced with Pastor Patrick has led me to avoid the pastor at my current church much of the time. I have the opposite reaction now, I only want my own approval of my spiritual journey. Never again will I seek out the approval of pastors or put aside my own feelings and needs.

May 8, 2012 Unwrapping the Onion: Part 5: The Beauty of Acceptance
Recent Comments
10 Comments | Leave a Comment
Browse Our Archives
get the latest from
Nonreligious
Sign up for our newsletter
POPULAR AT PATHEOS Nonreligious
1