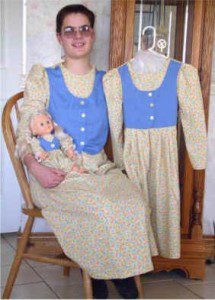 Things were exciting in the beginning. What married woman wouldn’t be happy that her husband was “getting religion”. With fidelity, love, hard work and a host of other laudable virtues to be practiced by a believer it was a dream come true.
It was at that time, even in the early days before the new church group began that I noticed things. Back then as the patriot activities waned and our religious interest was catching fire, distance kept us from attending home church with our new circle of friends. So we did the next best thing which was attend church locally. Even if we didn’t agree with all of the doctrine, we still enjoyed the worship.

Did we attend church! Not only on Sundays, but Wednesdays and not long after, we even started attending a Thursday evening service at another church.

My husband was really getting into the Bible, reading it all the time, going to Christian bookstores to buy various translations as well as concordances so that he could do word studies.

This is when the rules first started. Small things at first, not working on a Sunday was a given, but my husband felt that the day must be devoted to the Lord in all ways. This meant all reading only the Bible or a book which dealt with biblical issues. Other books were all right the other six days, but on a Sunday one’s mind must be on God.

The dress issue; a woman’s looks are political. This is true in the secular world, but in conservative Christian circles this is especially important. The church we were presently attending may have fallen short in many ways for my husband, but its Holiness dress code resonated with him. This was in part because it had been the church of his youth. He had left as a teenager, but on the return it was what “church” meant to him on a cultural level. Although he thought that certain tenet such as no jewelery, long sleeves only went overboard and were doctrines of men with little or no Biblical foundation, he loved the long hair and no pants for women.

For me who loved pants and short hair, this was a radical change. Despite such reservations, I was willing to try dressing differently to be a consistent Christian as opposed who “claimed to believe the Bible, but didn’t really follow it”types. Not us, we were true Christians who really followed the Bible.

Fortunately, my husband was not a hardcore “no pants” type of guy. At first he gravitated towards that position, but a few attempts of wearing a dress while doing certain activities softened that stance and he soon realized that certain tasks necessitated pants out of comfort and decency. So if I wanted to horseback ride, or get out in the woods for example, pants were fine. At home too, I was free to wear pants. Also, my husband was fine with culottes. While some derided them as “hypocrite britches”, my husband saw nothing wrong with them.

Even with these compromises, what I now wore was different. To go into town I now wore skirts or culottes. My hair too was now kept long, as long as it would grow. I started wearing the “prairie muffin” wear. In some ways denim skirts were great, as they had pockets and belt loops. I hated purses so I bought loads of denim skirts.

for someone who never wore dresses or skirts unless it was for a formal occasion, I was now wearing them all the time. Where previously I had worn hip short haircuts, I now had long hair. As it grew out, I started wearing it back in a pony tail. Eventually it got so long that I had to put it up in a bun, Personally I hated wearing my hair in a bun. Not only was it a pain in the neck, but I felt old and frumpy. Nonetheless, wearing it down was impractical and I didn’t have the patience to braid it so I stuck with the hated bun.

Other rules came along in due time……