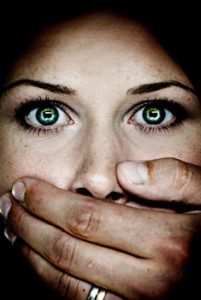 Although the “dress code” was the most glaring example of our changing mindset.There were other changes which were just as bad if not worse in the long run.

My husband started to implement “order in the home”. Although not as extreme as the other men, he considered himself the head of the household. Sure, I could argue, but if he stuck to his guns on something, I was expected to follow. I could be stubborn, but there were plenty of things that I gave way. Dressing in skirts out in public wasn’t the only one.
Staying at home, I let him control the finances. Sure, I could give advice, nag and so on, but in the end, he decided all things. A lot of things happened that in earlier days, I would have finally put my foot down no matter the cost. Trying to be a more submissive wife, I nagged and argued if I felt mad enough, but in the end my husband would win because his word was final.

We moved and he took his time finding another job. Well over a year passed by until the money ran down to the last couple of hundred. I had nagged him towards the end, but never putting my foot down or giving him an ultimatum allowed him to take his time or drag out small jobs until things got desperate.

When he did get a real job, we started out in debt due to a loan he had taken out to get the skills for the job. At the time, I was just relieved that he had gotten a job.

When your staying at home and trying to follow your husband as “head of household” you do a lot of worrying. It’s akin to being a helpless passenger in a demolition derby, you just hang on and hope for the best.

Patriarchy affect all things and this was very noticeable when we got together with our church friends and other patriarchy proponents. The men and women usually split off into two groups. This has its parallel in the “real world”, but it is a bigger divide here. At church when important things needed to be discussed the men went off to decide them. Even at casual events I was always gravitating to the womenfolk’s circle. The work alone dictated it. If we went to someone’s house for dinner, I along with the other visiting wives would help the hostess out in the kitchen. If the hosting husband needed any help the guys would help him, more often than not, they sat around and talked as the women got dinner ready.

Men relaxing, women working; this was something that I noticed a lot in the patriarchy crowd. The men might have jobs, but at least the time clock had and end. We were always working. This was in part because 90% of the time our social occasions consisted of visiting each others home. So the home being the woman’s domain, one could say that it was “on the job” for us women.

These social occasions taught me a lot about how patriarchy affected women. I saw a lot of women who had a lot more rules to live under. Some weren’t allowed to drive, in the name of safety of course. Others could only wear dresses and skirts.

In patriarchal circles, husbands thought nothing of reproving their wife in public. If she did something that annoyed them or caused them to lose face, the didn’t hesitate to remand her. Some husbands might pull their wife aside for a few quiet, but it was pretty obvious. No one thought anything about it. Everyone understood that was a husband doing what he had to do.

Let me at this point interject something. Them men in our group were decent hardworking husbands, who never ran around or abused their wives. I say this so that no defender of patriarchy can say that it was the individual men and not the belief system that was at fault. The men in our group worked hard to provide for their wives. In fact it was my more moderate husband who was the lazy one. As I stated before these were not “carnal men” , sinners pretending to be holy patriarchy. No, these were sincere self sacrificing men, men who often denied themselves things and gave willingly to those in need. When a husband in our group sniped at his wife in public it was because he was chastising his wife as he would a child that he loved. When he told her that she couldn’t drive or what she could wear, he was honestly trying to do what he saw as living according to “God’s will”.

All the same it bothered me. At first I felt bad, These were decent guys, I couldn’t dismiss them the way I could in the “secular world”. In that world, if a guy crabbed at his wife or was controlling it was usually because he mistreated her in general. You could be sure that such a man was an all around creep. Yet here were guys who were decent, upstanding husbands being rude to their wives, being controlling. It rubbed me wrong to here a guy snap at his wife, it bothered me that there were all of these rules for wives. the worse thing was that it was the belief and practice of “order in the home” that made all of this acceptable. I though of the wives that I knew in the secular and mainstream church world. they’d never take to being ordered around and snapped at like a child.

Of course, they had it all wrong I would assure myself. After all, the Bible was clear about the patriarchal issue. We weren’t heathens or hypocrites either. We would follow the Word even when it made us uncomfortable.

I saw a lot of other dynamics in these circles which gave me insight into the patriarchal mindset.
To be continued…