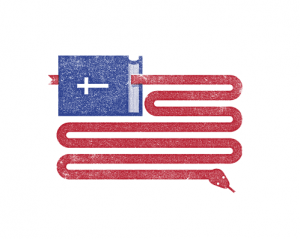 Eventually, the church building materialized. At first, we had a larger group. Soon however, there was a falling out with a group which had comprised most of those from the Patriot group. Part of it was personality and some of it was viewpoint. Some wanted to the place to be a patriot type meeting house while some wanted it to be a church. This belied a rift that plays itself over again and again in this end of the spectrum.

On one hand there are what I would call the “political types”. This is simply for lack of a better term and is not indicative of a lack of Faith. People within this group were most often led into church via ideological means. Their religious views are part of a larger concert of views. I heard a pastor bemoan such people, saying that they simply added Christ onto a long chain of train cars of belief. One car might be their position on gun control, another states’ rights and so on. With the “religious question” answered they move on to continue to build the train. He stated that they needed to make Christ the locomotive, not merely regulate Him along a set of beliefs.

On the other hand you have those for whom Faith is the primary motivation. They often come from a strong Fundamentalist background. Not from in a distant childhood past either, but often having recently come from various conservative churches. for these folks, ideological issues are important, but they are subordinate to questions of faith.

At first both groups over lap in various organizations, but over time, they unwind. As one pastor said, there were the “beans and bullets” types and the “folks who wanted to have church”. Those outside the political spectrum might not notice. At face value, these two groups look identical. In fact they often proclaim identical or closely related viewpoints.

NOTE. This is a socio-cultural observation only, not a measure of sincerity or depth of belief. Both groups view themselves as being both committed Christians and as being sincerely dedicated to various ideological causes.
My husband and I along with our new circle of friends belonged to the “church goers”. In our view, a lot of patriot types liked the high ground that being a Christian presented, but were not really committed to the Faith. for a lot of them having church was really having a group of people sitting around discussing political issues. They had a “to each his own” when it came to theological views. We, on the other hand, were committed to pleasing God, in spirit and deed. If the Bible forbid something, we would abstain from it and would not hesitate to proclaim that truth even if it offended would be allies.

Soon, the church had a split with the more “political” group going off on its own to hold its own version of church. I saw people I considered my friends leave with that group. Even after the split, we remained on friendly terms, but we were not close. Our new circle, however was tight, both a result of personality and of viewpoint.
We enjoyed fellowship not only in church, but as friends. In the first couple of years, I enjoyed our time together. They were friendly people and we spent a lot of time together.

Our faith was a growing thing and with each new turn, we molded our lives around each new truth. My life had changed quite a bit. we went to church regularly and attended various conferences, often traveling hundreds of miles.
I made a great deal of personal changes. I had been dissatisfied with my job in the past and things came to a head when when we were getting heavily involved in our faith. when I told my husband that I was going to look for another job, he suggested that I stay home and we could start a family. When I replied that I was worried about our financial stability, he said that we should step out in faith. So instead of changing jobs, I simply put my two weeks notice in with plans to stay home. Not long after that a fortuitous event occurred that met our financial concerns, a sure sign of a blessing.

So I stayed at home and we tried, without success, to have children. This didn’t concern us. although we didn’t believe in birth control and were for having large and often home schooled families, no one was legalistic about it. It was between a husband and his wife about the number of children they should have. Also, if a woman abstained from having more children due to health concerns, no one looked down upon her. In this respect, I feel that our group was very balanced, there was no pressure or condemnation concerning the bearing of children. Even though I now take issue with other stances, I feel that we as a group had a healthy take on the issue. There was none of this “having children at any cost” or “maternal martyr” mindset. Indeed it was not beyond the pale, if the medical issue was grave enough, for a woman to have her tubes tied.

On the other hand, there were views that we adapted which proved harmful in the long run. They started with little baby steps at first which made it easier to swallow. Little things…