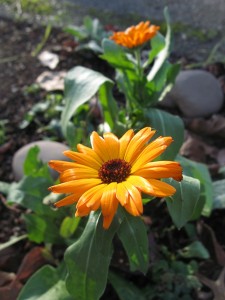 From hanging around with people such as Scott Lively in my fundamentalist Christian homeschooling community, I understood the danger that America was facing from the gay agenda. I believed that the gay lifestyle was depraved and corrupt and a sign of rebellion against God. I believed that God expected me to use political activism to stand up for righteousness and his design for the family. I believed that my “pro-family-values” activism was actually me being loving to the deceived people around me, people who were just taking the easy way out by accepting every type of lifestyle.

Then one day I accidentally met a gay person.

It was at my first real job, when I was 23 years old. My favorite manager, Chris, called the store one day while he was off-duty. He chatted with the on-duty manager Katie for a few minutes; when she hung up, she remarked to me, “He’s so funny! Why did he call me from a gay bar? haha!”

I was extremely confused. “Yeah, that’s weird,” I said, trying to process the information, “Why would he be at a gay bar?” Her jaw dropped, and she stared at me for a minute. Then she said slowly, “Um…..because he’s gay. Didn’t you know that?”

It was a huge moment for me, but a million panicked thoughts flooded my mind at once. How was it that I hadn’t noticed anything “different” about him? He seemed so normal and sweet, not at all detrimental to society! He had always been so thoughtful to me, even from the first day I walked in the store in my awkward unstylish clothes and shyly handed him my resume. He was the first guy to tell me that I was pretty, that I looked like his favorite childhood actress Molly Ringwald (he couldn’t believe that I had never heard of her). But he was gay?? What was I supposed to do now??

I started to feel a huge spiritual burden for him, the feeling that I had a responsibility to help him get out of that damaging lifestyle somehow. But how should I approach that topic with him? Should I try to talk to him about turning away from that lifestyle and starting to follow Christ? Or should I just invite him to church and let God speak to him through the sermons and the pastor? I couldn’t really see either scenario playing out very well, so I waited and thought and prayed.

The more I thought about it, the more I realized that I had no idea what was inherently wrong with gay sex and gay love! Why was it not equally valid? It started to seem a very arbitrary thing to forbid, and reality didn’t match what I had been taught about it in Christian culture. In some ways, I felt like my gay boss was a better example of love than many of the Christian people that I knew. After all, he had hired me willingly, even though he knew that I was a very conservative homeschooler and very likely to be strongly anti-gay. I knew he would not have gotten the same treatment from many conservative Christian employers. Cautiously, I started to think to myself, “Maybe homosexuality is ok after all.”

And that was just one of many cracks that formed as my Christian worldview hit reality. For the first time in my life, I was hearing about other worldviews directly from their source, instead of a filtered, watered-down version presented merely to strengthen my own worldview. And, for the first time in my life, I realized it was possible to hold different opinions from my own without being “blind”, “deceived,” or “in rebellion against God”–my worldview was not so obvious, and “unsaved” people were not so bad after all.

But what were the implications for the Bible? I had always tried to approach it simply, ready to believe the literal interpretation even when it required personal sacrifice. To me, it was a timeless book, orchestrated by God, without contradiction, the only reliable source of truth. But as cracks formed in my carefully-constructed Biblical worldview, in the end I had to decide what I thought about the Bible. I had always avoided my natural curiosity about how the Bible came to us in its current state–it certainly didn’t fall from the sky in its present form! Acknowledging my questions about it was terrifying, but ultimately necessary. If it were really from God, and if I really genuinely wanted to know the truth about it, I shouldn’t have anything to fear. So, very gradually, I looked at my beliefs and asked the hard questions.

My worldview said, “The Bible is the source for morality!” –But then why does it condone things like genocide, and call men “godly” when they offer their daughters to be gang raped, and advocate forced marriages between a girl and her raper? Why doesn’t it condemn slavery and child sacrifice and polygamy with child brides? My worldview said, “The Bible is written by eyewitnesses, and their accounts don’t contradict each other!” –Then why was I afraid to look at the supposed contradictions? They are there, after all, and just saying they don’t exist isn’t a valid argument. The Bible has internal contradictions on theology and history, and there are significant variations between historic manuscripts. Also, many of the books have unknown authors and were first written hundreds of years after the events took place. In its present form, the collection of books we call the Bible doesn’t have even more contradictions because those other books were thrown out as “uninspired” simply because they contradicted too much. My worldview said, “The Bible is the source of truth about salvation through Jesus!” –Then why are there over 2,000 language groups in the world today that have no way to access that truth? Why have billions upon billions of people lived and died without ever having a chance to hear it?

I was rooting for my Biblical worldview to win, I really was. It was comfortable because it was all I knew, and I really don’t like change. However, in the end, it didn’t hold up very well against reality. In the end, there were too many cracks, and my worldview shattered. And when it shattered, I finally saw what a tiny box I had been living in, and what a huge, beautiful, and interesting world was out there to discover.

Since much of my personal growth happened while I was in college, some have said that my changing opinions were the result of “liberal college brainwashing”. To those people, I doubt that I could say anything to change their opinion about that. However, the fact is that at no time during my education at community college or Christian university were my opinions mocked or belittled. At no time did anyone tell me what to believe or not to believe.

Unfortunately, the same cannot be said of the fundamentalist Christian homeschooling environment. That is where you are told what to believe. That is where other opinions are belittled. That is where even questions are dangerous. I don’t want to be part of that culture anymore. To me, a worldview is not worth keeping if it requires ignoring or twisting reality to fit the worldview, pushing down your questions and doubts, and only listening to those who already agree with you.

These thoughts took a very long time to process, and my ideas are still a work in progress today. For now, I am finding that many of my new ideas fit within a looser interpretation of the Bible, one where I don’t completely abdicate my responsibility to think about what’s right in today’s world. I see that morality was a work in progress in the Bible, and I accept that it still is today too, and that I have a role to play.

May 8, 2012
Unwrapping the Onion: Part 5: The Beauty of Acceptance
Next Post