Unwrapping the Onion: Part 8: Coming Out, Bit by Bit

Unwrapping the Onion: Part 8: Coming Out, Bit by Bit May 18, 2012 Suzanne Titkemeyer 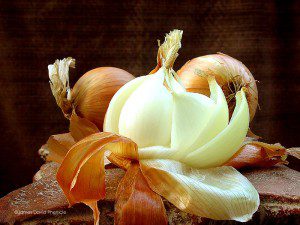 by Permission to Live
﻿
This post is part of a series of nine posts. Please click here to start with the series Introduction.

It was getting harder and harder for my spouse to put on a masculine facade when we went out. At home, after all, he was able to just be himself. It was also starting to feel awkward referring to him as a “he.” The pronouns just didn’t fit anymore. Other people started to notice too. When we went down to visit family over the summer we had several different family members ask if my spouse was gay. Apparently being a feminine male-presenting person attracts attention.

The summer of 2011 was significant in another way too. I had arranged to meet up with a friend that I had made over the internet, and I was planning on maybe coming out to her if it felt right. It would be the first time I had told anyone I knew about our journey, and I made my pick carefully. Libby Anne had grown up in a similar Christian conservative environment, and had changed a lot of what she believed over time. She seemed very open and friendly, and she was an atheist, so I had hopes that she wouldn’t condemn me unheard. We met in person with Libby and her husband, and hit it off just fine. I broached the topic of LGBTQ rights and she seemed very caring and open. Before I told her our secret, I reminded myself that she was someone I had just met, and if she reacted in a really hateful way, I didn’t have to see her ever again. That gave me the courage to just come out and say it. But she was completely accepting of our story, and she became someone I could chat with about all the questions. It was a relief to be completely open with someone, and it seemed to bolster my courage, because soon after that I began coming out to other people who gave me the feeling that they would hear me out: several of my sisters and then another friend. My spouse also came out to one of his close friends and was able to continue that friendship. These people’s acceptance and love despite any misgivings or beliefs they may have had has meant so much to both of us.

At the end of that summer, both my spouse and I began getting counseling for the first time. My counselor turned out to be a catholic nun, which I have to admit freaked me out at first because I knew from my research that her church had a very determined position on LGBTQ issues. But she turned out to be very loving and compassionate. She heard my story and set out to give me tools to continue healing from past issues and make sure the decisions I was making today were good for me. Both my spouse and I also went to the LGBTQ resource center in our city. One of the scariest things that came with transition was the loss of the white picket fence and “normal” looking family. We would always stand out as a lesbian couple and that bothered me. After growing up the odd one out as a homeschooled extreme Christian who wore sneakers with my skirts, I had really wanted my children to have a more “normal” upbringing. But going to the resource center, something dawned on me for the first time. My kids weren’t going to be isolated like I was growing up. They were going to go to school, they would be part of other groups, and we would have family friends. As parents, my spouse and I would not be providing the only interaction and influence our children would have. My children would be surrounded by people who cared about them, including people who could provide that “masculine influence” that our home might be lacking. All of a sudden it wasn’t as scary to be leaving the game of pleasing everyone else and instead embracing life as who we were, wherever that might lead. The pressure was off.

My spouse began thinking about changing his name. His given name was unmistakably masculine so it didn’t make sense to keep it through transition. He spent some time trying to figure out how to come as close to his given name as possible and finally picked a first and middle name that each began and ended with the same letters his old name had. Switching the name at home (since he still went by his other name professionally) took some time. Many times I found myself saying the old name while thinking the new one! But it meant so much to him, and eventually it became second nature.

We had been talking about how to leave ministry for some time now. We knew that this denomination was no longer a good fit for us at this point in our lives. We had too many unanswered questions and we did not want to cause distress or confusion for the people we were serving. We had managed to pay off our debts and were hoping to pull together a little cash to leave ministry and start over.

We continued serving the church we had taken a call to over a year before my spouse had even come out to me. Despite either of our questions, we officially adhered to the churches’ teachings, remained faithful to their understanding of the Bible, and sought to serve faithfully and wholeheartedly. And yet, it was not enough, living our lives more authentically instead of trying to fit the pre-determined stereotypes was making people uncomfortable. My spouse had pierced his ears, carried a purse, and let his feminine side show. Unknown to us, some church leaders began to keep tabs of things they didn’t like, and when a parishioner saw my spouse out shopping wearing eyeliner the leaders cracked down, talking about how being a feminine person was a serious concern, an attack of the devil. They demanded that my spouse be more masculine. My spouse had continued wearing professional dress while on the job, including removing earrings for church events, but they wanted him to be masculine even on private time. Giving up who he felt himself to be and going back to playing the game of people pleasing was not an option. When my spouse wasn’t repentant or ashamed of being feminine, we decided it was best to part ways.

We were moving on