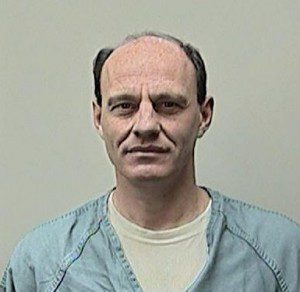 There has been some resolution of last year’s allegations of child abuse of children as young as two months old at the Black Earth, Wisconsin Aleithiea Baptist Church. Philip Caminiti, the former pastor of Aleitheia Bible Church of Black Earth Wisconsin was found guilty in March of conspiracy to commit child abuse. Yesterday he was sentenced to 2 years in prison and 6 years if probation. His probation stipulates that that during his probation term, Caminiti is not to have contact with the members of his church, though he is allowed contact with his wife, children, and grandchildren.

Lori Wick and the others have yet to stand trial.

In the Dane County Sherrif’s Department press release dated 03/21/2011, there are twelve total counts of child abuse against the two elders of Aleitheia Bible Church: Philip B. Caminiti, who is the main pastor, and his brother John R. Caminiti.

In a criminal complaint Phil is quoted as saying “the scripture is never wrong” and “pain is a good way to teach children.”

The complaint says he also told them “if you spank early and it is done right then kids will be obedient”, adding he didn’t think bruises were telltale signs of something bad.

Church members say children and infants were punished for things such as being emotional, grumpy or crying, not sitting quietly through church, crying when being handed from a mother to another person or for potty training mistakes.

These members of the church are on record as saying that they believed a “one and a half month” old child is old enough to be spanked. They also go on to say that their preferred method of spanking is by the use of wooden spoon or a 12” – 18” wooden dowel with the diameter of a quarter. These implements were described to be used on the bare skin of young children, including infants as young as 2 months old. Every parent attested to the redness or bruising of the children’s skin after such a bout of (so called) spankings.

As a note: Wisconsin Law draws the line between spanking and abuse at the creation of persistent redness or any bruising.

The twelve victims are described as children of the congregants and ranging in age from a few months old to six years old. It is also alleged that John Caminiti’s charges also stem from the punishments that he doled out to the children of other congregants.

The Caminiti brothers have been released pending trial on a signature bond.

A Lori Wick Message Board

May 27, 2012 Millipede: Part 5
Recent Comments
14 Comments | Leave a Comment
"This is late, partly bc of my preoccupation and partly bc I'd been slowly reading ..."
Jennifer Serena’s Serenity – Luxury Hotel, Birthing ..."
"Thank you for your commitment to truth and love, Suzanne. Best wishes to you and ..."
Meredith Anne Not a Goodbye, More of a ..."
"For what it's worth, I've learned a lot from you about a Very Creepy movement ..."
Gwen Pryce Not a Goodbye, More of a ..."
"Unfortunately, this kind of satire (if it even is satire) is what gives Christianity the ..."
Emily Is Biblical Gender Roles a Big ..."
Browse Our Archives
get the latest from
Nonreligious
Sign up for our newsletter
POPULAR AT PATHEOS Nonreligious
1