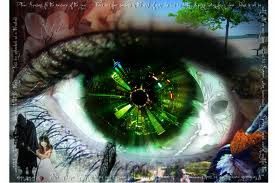 FAMILY AS NEIGHBORS
At first we lived in duplexes right next door to each other.  Then, both families jointly purchased five acres, divided them equally and each built a house on their two and a half acres.
As more children came, naturally there would be conflicts between theirs and ours which produced conflicts between us, their parents.  This was particularly difficult for me because whenever arguments erupted between them (for instance) over toys or other belongings as to what belonged to whom, my sister-in-law would automatically assume the role as head arbitrator.  She was ‘The Pastor’s Wife‘ which gave her a kind of ‘authority’ to be the decision-maker in the matter.  This usually meant that if ownership could not be established, she would keep the item in her possession until it could be.
I hated always being expected to just ‘defer‘ to her judgment when the issues involved both of our children.  It was a constant reminder that I was in subjection to her and as it was, not only in the church but also in our private family relationship.
It might have helped if we had discussed these sensitive kinds of issues between us openly but we never did.  I think it was easier for us to just ‘let it go‘ rather than risk bringing up anything that might cause a huge argument since there had been times  earlier in the relationship where issues such as these had caused some pretty ugly conflicts.  Later, this neglect of establishing agreements and boundaries proved to have a snowball effect that was felt most by my children.  This, I believe, awakened feelings of distrust in me towards her, for I could not believe that her judgement could ever be unbiased.
FAMILY AS MINISTRY WORKERS
As time went on we found it increasingly more difficult, being in a subordinate position under our brother-in-law, and to some extent even Paul’s sister acted like our authority.  Not only did Paul and The Preacher/brother-in-law minister together, but they also worked for the same roofing company and eventually worked together in the roofing business my husband established.
They would get annoyed and even downright mad at each other on the job, then since they rarely, if ever, resolved their disputes would have to stuff or dismiss any bad vibes between them to work together at church.
As much as they tried to stuff, dismiss or ignore the tension between them, it still often carried over, or at least,  I could tell it did.  There were at least two occasions where  The Preacher was mad at my husband but my husband was not there so in his absence, he unloaded his angst on me.  Those occasions, for reasons that I can not disclose here, made profound impressions on my feelings about him as a person, and so much more, as a ‘pastor’.

Visit her blog at Baptist Taliban and Beyond

Read all posts by Cindy!

Cindy Foster is “Mom” to eight gorgeous, talented, temperamental, noisy, opinionated, alike-but very different kids. She has been married to their daddy, Paul, for 34 years. Cindy blogs at Baptist Taliban and Beyond.

June 16, 2012 Millipede: Part 9
Recent Comments
2 Comments | Leave a Comment
"This is late, partly bc of my preoccupation and partly bc I'd been slowly reading ..."
Jennifer Serena’s Serenity – Luxury Hotel, Birthing ..."
"Thank you for your commitment to truth and love, Suzanne. Best wishes to you and ..."
Meredith Anne Not a Goodbye, More of a ..."
"For what it's worth, I've learned a lot from you about a Very Creepy movement ..."
Gwen Pryce Not a Goodbye, More of a ..."
"Unfortunately, this kind of satire (if it even is satire) is what gives Christianity the ..."
Emily Is Biblical Gender Roles a Big ..."
Browse Our Archives
get the latest from
Nonreligious
Sign up for our newsletter
POPULAR AT PATHEOS Nonreligious
1