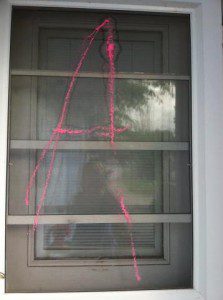 I’ve been putting off doing my introductory piece for No Longer Quivering’s Spiritual Abuse Survivor Blogs Network because I was stuck in writers block land. That fun place were you can’t put a finger to the keyboard and come up with any that makes any sense at all on certain subjects.  Besides, my blog is more boring day to day with a dash of gluten free recipes posted and the odd commentary on something from my old church life. I’m not intellectually dissecting harmful spiritual beliefs. I leave that to those more intelligent and less ADD than myself. So I never felt like I could contribute as much as the others to the SASBN.

I do talk frequently about my friend Josie’s obsession with eschatology mixed with doomsday hording.  I get a kick out of her behavior and I have been trying to parse what it actually means.

It struck me yesterday that Josie’s predictions of the end of the wold but in particular, her hording of survivalist supplies is her way of dealing with the spiritual abuse she suffered when our old church exploded into open warfare eighteen months ago. The hoarding is her way of trying to make herself feel safe and secure after having most everything she counted on suddenly pulled away in the worst manner possible. Self comforting.

I went through a period of self-comforting after leaving the old church and having almost everyone I knew turn upon me.  In those dark days I started writing a novel at Nanowrimo about someone who loses everything on 9/11. For me it was a safe place to put the pain and anger. I poured it into writing before discovering No Longer Quivering and the other spiritual abuse survivors and quiverfull walk aways, ex fundamentalists, evangelicals and so on. Finding NLQ was like finding a kind supportive group of new friends that understood what I was going through and how I’d gotten there.

When Vyckie mentioned to me around the first of the year her idea to put together a network for survivors of spiritual abuse I thought it was an awesome idea. There is great wisdom in sharing what has happened to you, how you’ve arrived in this place and how you’ve managed to start to heal. There is nothing more than your abusers would love than for you to stay silent, like you deserved the punishment. There is also great power in speaking out.

Don’t kid yourself, there are plenty of people out there that want nothing more than to shut us up, drown out our voices with scoffing that we’re just a bunch of whiners who are ‘upset’, denigrating what we’ve suffered collectively into a minor casual thing we cannot ‘get over’. Yesterday SASBN had our first ignoramus attempting to claim just that. Another ‘good’ Christian going by the moniker of Rabbi Philosopher posted a long list of the SASBN blogs without any links but a lot of accusations of us just being some sort of spiritual circle jerk halleluiahing each other. The Amen chorus.

Thanks for the example of that wonderful good Christian love, dude.

Funny how this ‘good’ Christian is eager to heap more abuse on the abused while saying we’re making ecclesiastical mountains out of whiny molehills. Thankfully it looks like he’s the lone stranger without commenters or regular readers. Reading through his blog it’s all the same arrogant white male American Christian entitlement prattling. Yawn.

This morning Vyckie woke up to some backlash. Someone had silly stringed a big hot pink ‘A’ on her door. Wow, the fundamentalists of her town are so badass, aren’t they!

All of this makes me realize that the Spiritual Abuse Survivor Blogs Network serves a good purpose in the scheme of things. There has been spiritual abuse probably as long as there have been people with spiritual lives. The difference is now is that we’re refusing to be quiet about it. We’re exposing the harm that is done in the name of God. 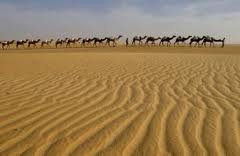 When I think of critical bloggers and hot pink As I also remember an old Arabic saying – “The dogs bark, but the caravan goes on.” Time to move on.

June 21, 2012 To Stand Up and Speak: The Spiritual Abuse Survivor Blog Network
Recent Comments
7 Comments | Leave a Comment
"This is late, partly bc of my preoccupation and partly bc I'd been slowly reading ..."
Jennifer Serena’s Serenity – Luxury Hotel, Birthing ..."
"Thank you for your commitment to truth and love, Suzanne. Best wishes to you and ..."
Meredith Anne Not a Goodbye, More of a ..."
"For your sake, I am so glad you will no longer be editing and managing ..."
Lana Not a Goodbye, More of a ..."
"For what it's worth, I've learned a lot from you about a Very Creepy movement ..."
Gwen Pryce Not a Goodbye, More of a ..."
Browse Our Archives
get the latest from
Nonreligious
Sign up for our newsletter
POPULAR AT PATHEOS Nonreligious
1