Justice is No Lady: Chapter 11: Jack, the One I Lost 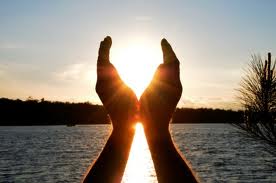 When Jack was just a baby, Nate had rejected Jack’s personality, and had set out to beat and berate it out of him. When Jack reached middle school age, or perhaps a little bit before, the seeds that his father had planted suddenly sprouted. Jack began to come unraveled. “Something is wrong with me,” he said. “I’m messed up.”

Jack began to abuse his little sisters. His grades slipped. He had been my comedian, making jokes about everything all day. Now, he moped. He refused to play sports. He would not bathe.

If anyone touched Jack, even to restrain him or remove dangerous objects from his hands, Nate took Jack to magistrates to swear out warrants that Jack was being assaulted and battered. To get help for Jack, I went to the local mental health agency and enrolled us in youth case services as an at-risk family.

One day, I found Jack sitting on the old wooden porch holding a box of matches. “I’m going to burn this place down,” he said. I panicked, smacked Jack in the face, and grabbed the matches. When I was arrested, the judge took the matter under advisement and “sentenced” me to two years of counseling, upon completion of which the case would be dismissed. Nate has referred to me as a “convicted child abuser” in dozens of hearings since.

Nate took advantage of Jack’s growing instability to brainwash him, repeatedly telling him these things:

Jack repeated all this to me, and more. “You have lied to me about everything,” Jack declared. “Dad never hit me. He never hit you. He never cheated on you. You just wanted to break up the family.”

The counselors at the mental health agency believed in, documented, and testified in court about the brainwashing that was causing Jack’s steep decline. However, the judges refused to reinstitute supervised visitation because none of us had any hard proof that Nate was the culprit; not having directly heard Nate poisoning Jack’s mind. Instead, the judges expanded Nate’s visitation.

Jack ran off with Nate for a whole week after filing for a protective order against me. A few days after Jack was restored to my custody after the protective order hearing, Jack kicked Moriah into a corner for taking the television remote control. Jack went to a residential treatment facility where he was allowed one phone call a week. Jack chose to call Nate.
In order to get residential treatment for Jack, I had to file a Child in Need of Services petition with the juvenile court and turn him over to social services. Nate sued social services for custody and named me as a party to that suit, on top of the other two lawsuits he had in full swing.

The first time I visited Jack’s treatment facility, I tried to convince his treating therapist to keep Nate away from Jack. I told her about Nate’s narcissistic personality disorder. Instead of listening to me, the therapist invited Nate for joint counseling with Jack and gave Jack another weekly phone call to each parent. When Jack called me, he said “hello” followed by several seconds of silence and “goodbye.”

“Jack needs both of his parents in his life,” the therapist insisted. “Nate is totally in agreement with you coming to therapy too.” I could imagine how charming Nate had been in therapy. The father of the year.

When I sat down alone with Jack, he had only one thing to say. “You sent me away to get rid of me,” he spat. “You don’t love me.”

I told Jack I had no money, that I had a hard time traveling to see him, and that I loved him very much.

“You have all dad’s money,” he sneered. “You have stolen everything from my dad. You abused me and threw me in this place just to keep me and dad apart.”

The day Jack came out of treatment, my parents, the children, and I went to a remote island off the North Carolina coast. It was mid-September.

We built a huge sandcastle and proclaimed it Jack’s Castle, and put a seashell “J” on the front. The moat alone took us four hours to dig. We swam in the ocean and napped on the sand. Jack and Sam played hackey sack under the streetlamp outside our beach house until midnight, and they watched cartoons and funny movies with the younger kids until everyone was snorting and hooting.

But that glowing September couldn’t last. Rivalry sprung up between the boys, who were touchy teenagers, and Nate saw his opportunity.

In winter, during visitation with Nate, Moriah overheard her father telling Jack that if Sam insulted Jack, Jack needed to punch Sam in the face until he couldn’t talk. When Moriah told me this, I told everyone who would listen, including the guardian ad litem. A fistfight broke out between Sam and Jack. Sam went down, but Jack didn’t stop punching until Sam’s nose was fractured in two places and pouring blood.

Unless Moriah testified, however, it would only be hearsay that Nate put Jack up to beating up his older brother. I was not willing to put my little girl in that position. Jack got jail; I got the blame; Nate got away with it.

Jack went into his father’s custody when he got out of detention. Nate began bringing Jack to court: sometimes as a witness against me; sometimes with Jack having filed his own separate motions. One day, after Nate was sentenced to jail for nonpayment of child support, he handed Jack his cell phone on his way out of the courtroom to be taken to jail for one night (Nate’s wife always puts up a big bond so that he can appeal). I was on my way home from court when I got the call. My heart swelled at the sound of my son’s voice, whom I had not heard from in over a year. “Yes, Jack?” I said, breathlessly.

I haven’t contacted Jack. It has been two years of silence between us now.

Read all posts from Tess Willoughby

June 7, 2012 About The Spiritual Abuse Survivor Blogs Network
Recent Comments
17 Comments | Leave a Comment
"This is late, partly bc of my preoccupation and partly bc I'd been slowly reading ..."
Jennifer Serena’s Serenity – Luxury Hotel, Birthing ..."
"Thank you for your commitment to truth and love, Suzanne. Best wishes to you and ..."
Meredith Anne Not a Goodbye, More of a ..."
"For what it's worth, I've learned a lot from you about a Very Creepy movement ..."
Gwen Pryce Not a Goodbye, More of a ..."
"Unfortunately, this kind of satire (if it even is satire) is what gives Christianity the ..."
Emily Is Biblical Gender Roles a Big ..."
Browse Our Archives
get the latest from
Nonreligious
Sign up for our newsletter
POPULAR AT PATHEOS Nonreligious
1