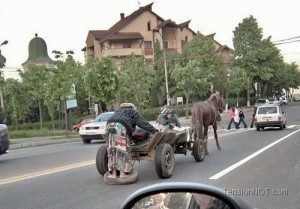 Everything seemed to be righting itself, it was tough, but we were on our way. Things would be tight and they were somewhat different now. Seeing how my husband acted after losing his job had really struck a blow to our relationship. I had always known that my husband could be lazy and not given to “worrying about money”. However, I had always thought that when the stakes were really high that even he would come through. Seeing how my husband reacted to his job loss changed all of that.The few attempts at even looking for a job ( two tries) and then sitting back and just being content to sell things until he ran out. I thought of all the sit down jobs for those with little skills; phone sales, customer service. Sure they aren’t the greatest jobs, but it would be something to bring in money until something better could be found. My husband didn’t even consider that type of work, he just sat back. I discovered a very disquieting side of his character. I saw at what depths he could sink to and not care or at least not enough act. His flaws were far worse than I had imagined, I had seen them illustrated in the past year.

This had wounded me on a very deep level and had destroyed my faith in my husband. I realized that he would let us go under-so bad was his denial and apathy. There was no denying it, no matter how much I wanted to.
Even without questioning the fundamental values of Patriarchy, I knew that I could no longer submit to my husband as a rule. Perhaps on smaller things, but issues of great importance were different. Like the spouse of an alcoholic, I realized that I must seize the reins on important issues in order to survive.

By now I was starting to question my commitment to Patriarchy. I saw that how living under an irresponsible man had hurt me. Worse, because I had submitted to him in so many areas, we were in dire straits. A little nagging, standing firm on some issues would have averted a lot of things. Sure some things would have still occurred, for example,we would have had the hospital bill to face, but we could have had much better financial means to deal with it if I had made certain decisions and kept control of our finances.

Even so, I was just starting down the road which would lead away from Patriarchy. On some level, I still believed in it. I would have said that a woman should submit given the right husband or that as a general rule, the wife should submit to the husband except in certain circumstances and so on.

Most likely, I would have continued questioning the whole issue and would have probably gotten away from Patriarchy in due time. I had a growing anger over the submission issue, it seamed to be at the root to what was wrong with our lives. From the bad decisions that were made to change in the way that my husband treated me, it all seemed to revolve around our embrace of “Order in the Home”. While there had been a lot of joy, it was a joy that had more to do with making friends and living in the country. As for us embracing Patriarchy, I honestly thought that it had affected us in mostly adverse ways. Mostly, forget about it! When I got down to it, I couldn’t really find anything positive change that was that had come from embracing Patriarchy. Sure, I got a break from working, but after looking at the cost of having left the workforce, not to mention the dependence that it fostered, I couldn’t even mark that up as a good change.
A series of events, all seemingly small, would soon occur that would greatly accelerate my journey away from Patriarchy.
All of these events revolved around our church and the people in it.

The first, was that our Pastor was not happy with the location of our church.. He lived about half hour away from the church and although he found the area pretty, he did not know that many people in the immediate area and so felt disconnected with the community. In the meantime a small church was going to be available close to where he lived. Even better it was in town, one in which he had a good many friends and relatives.

With the possibility of making the move depended on buying the church. The money was going to be an issue, but people were willing to pull together. It hovered like a dream.

Our pastor got to the point where even if that new building didn’t pan out, he wanted to start a church closer to home. Now, though it wasn’t just going to be a relocation of our present church, but a new church entirely.

He felt that our present church group, while good , was lacking in certain things. This was not with the congregants, but with his own original vision and organization. So our pastor wanted to start anew, with a different organization, one which would not have the flaws of the original. the people in our group were for the most part, happy about this. A few were worried about the feasibility of purchasing the building, but as most lived closer to the new location, they welcomed the shorter commute.

In our case, however, it put extra mileage on an already long journey. Worse, the town, although charming was far more “öut of the way” for us. Instead of traveling on a main highway, we would be doing a lot more traveling on winding state roads which meant slow driving. This was even worse in terms of time than the actual increase in distance.

Sure, we were just one family, but of all the present congregants, we already had the longest commute.
There were other things, things which came out in the following months. More changes, more important ones….

July 1, 2012 The Duggar Family Doesn’t Go to the Beach, and Why That’s Bad for Their Kids
Recent Comments
15 Comments | Leave a Comment
"This is late, partly bc of my preoccupation and partly bc I'd been slowly reading ..."
Jennifer Serena’s Serenity – Luxury Hotel, Birthing ..."
"Thank you for your commitment to truth and love, Suzanne. Best wishes to you and ..."
Meredith Anne Not a Goodbye, More of a ..."
"For your sake, I am so glad you will no longer be editing and managing ..."
Lana Not a Goodbye, More of a ..."
"For what it's worth, I've learned a lot from you about a Very Creepy movement ..."
Griff Pryce Not a Goodbye, More of a ..."
Browse Our Archives
get the latest from
Nonreligious
Sign up for our newsletter
POPULAR AT PATHEOS Nonreligious
1