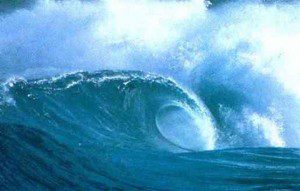 This is not to say that my years embracing Patriarchy were all bad. Despite many bad changes and warning signs, there were moments of joy. Staying at home was fun. I promised myself to stay busy so as it was all too tempting to sit around. I made myself a “work” schedule complete with breaks and of course, an end to the workday. I would spend time keeping house, but also do a lot of fun projects. I gardened, made Maple syrup and a myriad of other activities which I truly loved. Although I missed work, I found that a housewife could be just as much of a worker. In fact there are legitimate issues concerning the need for someone to stay at home. Unfortunately, the Patriarchy movement would have that be the only option for women.

At the time though, I was adjusting to my role as “helpmate” and this was one of the bright spots in the journey. It helped me take the not so great changes and to give balance. In the long run it was self deception. The negative changes that had come in embracing “order in the home” (all the restrictions, how my husband related to me)could be counterbalanced with pleasant things like gardening and keeping chickens. It helped me think that Patriarchy was like any belief system in that there both things that demanded sacrifice as well as reap benefits. It was sort of like sports, you had the glory of the games, but you also had the hard training.

Those few years were the peak of my Patriarchal experience. At the time, I felt that I was truly striving to please God. I was so proud at how far I had come. I looked back at my years in various causes and though how foolish I had been, only giving lip service to being a Christian. Now however, I was truly committed.

Even as I was living the “life”; staying at home, going to church, doing my best to be a submissive wife, there was a large shadow looming over us. It started like a wave, gaining strength as it came closer.

To explain this; I must backtrack. In the early, years when we were first getting into church I had been blessed with a generous inheritance. It was a wonderful surprise, I was aware that my family had some shares in a company, but it had been from a long time ago and I had no idea of their worth. When the company was bought out, the shares were liquidated and I was notified.

To say that we were blessed is an understatement. It came as we were first getting into the patriarchal movement so of course we felt that God had blessed us for being faithful.

To be honest, we both spent money, we purchased land and moved on it. We also bought several vehicles and other things. I do not regret these things nor do I regret us being at time frivolous, after all we had plenty of lean years.
It was in retrospect that I saw the character flaws that my husband had manifest themselves in larger ways. Even in the first few years together, I knew that my husband had a hard time managing money. Part of it was just part of working low paying jobs while trying to pay the bills. Yet, when I had first met him, he was working, living at home and yet badly in debt for a vehicle which wasn’t even running at the time.

Over time, I noticed that my husband was quick to get into debts and not always inclined to pay the bills. Also, he could be lazy.

At this point I must add that, over the years as these traits grew worse, we probably would have broken up in the end. The difference is that under patriarchy I had to submit to him and thus I followed him to much lower depths that a “normal” would have.

Getting back, the next couple of years were spent going to various conferences around the country, getting settled in our new home on the land that we now owned. we started attending a small church that the pastor in our circle of friends had started. It was a close knit group and we had hours of fellowship after service. We also got together during the week, despite the commute.

Unfortunately, my husband did not really think about the future as it pertained to working. I remember when we had finally gotten the land ready to live on; the septic dug, the well done and so on, we opened an account at the local back. Although we had a smaller sum than before, we still had a nice nest egg, in the neighborhood of ten thousand dollars left. I remember asking my husband if we shouldn’t hold that money back as saving. He brushed me aside saying not to worry. After a few more attempts I gave up. Over the next year I watched the money get whittled down all without my husband even looking for work.

Finally, I brought the issue up again. At first my husband was going to work for a church member. However, the work was physically demanding. My husband was never in great physical shape, but after several years of not working, he was in even worse shape. Our friend was hoping that he could work himself into shape. However, my husband did not curb his appetite and after a while it was painfully obvious that he was never going to be up to the physical demands of the job. The man tried to help him out, but eventually the jobs grew fewer in number. I think that he was hoping that my husband would see the writing on the wall. Of course, my husband, lived in denial and the the left over money slipped away.

Finally, when we were down to our last thousand, my husband got serious about looking for work. He ended up going to a truck driving school and going on the road. It was one of the few jobs that he was still physically able to do.

The sad thing is that had he done this earlier, we could have paid outright for his schooling. However, with our backs against the wall financially, he had to take a loan from a finance company to pay for the two week course.
So my husband started out his years sole provider of the family with a six thousand dollar debt on his back. I was not happy, but I figured that he was finally getting it together and we would get back on our feet. I would be more than happy to overlook past mistakes if he would just learn from them.

Bravely into the next couple years we went….

June 6, 2012 Justice is No Lady: Chapter 11: Jack, the One I Lost
Recent Comments
11 Comments | Leave a Comment
"This is late, partly bc of my preoccupation and partly bc I'd been slowly reading ..."
Jennifer Serena’s Serenity – Luxury Hotel, Birthing ..."
"Thank you for your commitment to truth and love, Suzanne. Best wishes to you and ..."
Meredith Anne Not a Goodbye, More of a ..."
"For your sake, I am so glad you will no longer be editing and managing ..."
Lana Not a Goodbye, More of a ..."
"For what it's worth, I've learned a lot from you about a Very Creepy movement ..."
Griff Pryce Not a Goodbye, More of a ..."
Browse Our Archives
get the latest from
Nonreligious
Sign up for our newsletter
POPULAR AT PATHEOS Nonreligious
1