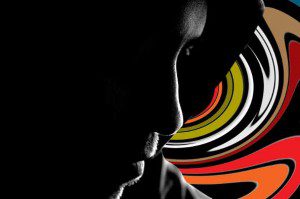 The next couple of years were what I would call the “golden years” of Patriarchy. By this I mean that we were living the Patriarchal dream, with the husband “leading” and providing and the wife keeping the home and being submissive. It was the apex of our journey; we were finally living the lifestyle.

As i wrote earlier it was during this time that I experienced the joys of having the time to pursue varied interests. My husband drove overland the first year or so and then the latter part, he had a regional route. This meant that he was gone for weeks at a time when he was going across country. Later, with a regional route, he was home every weekend.
In retrospect, I think that this made this segment of the patriarchal years more tolerable. I had plenty of “free” time.

When he was home, things were different. This was true when it came to church and gatherings with church friends.
We lived at least an hour’s drive from our church group. However, that did not stop regular get meetings. On Sunday, it was service and then a meal. After that it was hours of visiting. At first it was fun, the novelty of it all, plus getting to know people. However, after a while it grew old. Even when we cut our time down, my husband and I were always the last people to leave and it was usually 6pm when we did. In the early days, we sometimes stayed talking until 8pm.

Sometimes, we lucked out and the other families had things to do and we were able to leave at 5 or even 4pm.

Sometimes, we were invited after wards to dinner at someone’s house which made it for a really late night. Then there were dinners at people’s home once a week. Getting there in the late afternoon, we usually stayed until midnight. What made it worse is that my husband loves to sit and talk-it’s his favorite activity! The men would gather around and talk theology. After a couple of hours, I was ready to leave. What made it bad was the distance, there was no way that I could just go home. My husband, having put on the Patriarchal mindset, thought nothing of it. He brushed aside my complaints and kept on talking.

I also noticed his desire to please the other men at church, to impress and get along with them. These were far more important than his relationship with me. This manifested itself in a myriad of ways; from the marathon visiting sessions that I endured, the displeasure he felt when I made him lose face in front of his church peers. He was pleased when I played the part of the good wife; talking with the other ladies, exchanging information on gardening and canning. There was no longer a bond between the two of us where feelings and desires were reciprocal. Now I was regulated to the part of a child, he must serve, grow and please.

This transition was the most damaging aspect of my husbands embrace of Patriarchy. I was no longer someone he desired to please. Instead, he now desired a belief system and the approval of fellow believer. My feelings were subordinated of “pleasing God”. Selfishness found a perfect cloak in religion. What a mockery of God! No servant’s heart for my patriarch husband, that was for the wife.

Even so, I tried, wanting to please God, and enjoying the times that I p[leased my husband. I always consoled myself in that my husband was not as restrictive or bossy as the other men. He was really trying to be a considerate Patriarch. I laugh now, but that;s how bad it got. In the Patriarchal system the standards for how a husband treats his wife are much lower than that of contemporary society. So, when a would be Patriarch relents in any way he looks like a saint. It’s just a matter of conditioning the wife to accept the new standard and she fairly jumps for joy when her hubby occasionally throws her a few crumbs.

Things were working out great on the surface. Underneath. however, a storm was brewing. Call it “things that were neglected”….