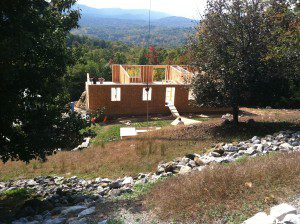 Nine years have passed since I preached my last sermon, since my wife was called the “pastor’s wife.” Almost four years have passed since my wife and I determined to stop attending church. We are now among the “unchurched”, casualties of a life spent in Evangelical Christianity. Worse yet, at least according to our critics, we are now enemies of Christ and his church.

You see, we not only left the Church, we left Jesus. Regardless of how some Christians parse our lives through their peculiar theological system, we are indeed two people who once were devoted, committed followers of Jesus, who are now described as an atheist husband and his agnostic wife.

Some people leave Evangelicalism, with its attendant Fundamentalist beliefs and codes of living, and try to remake their life according to a kinder, gentler view of God, the Bible, and their fellow humans. I view this like remodeling a house. The foundation and the basic house framework remain the same. What is changed is the siding and the interior walls.

Many people leave the Evangelical church and join progressive or liberal Christian churches. They gain new labels for themselves, but, again, the foundation of their faith remains the same.

My wife and I decided that we were not willing to slap some new siding on the house and remodel the interior. Instead, we burnt the house down, hauled the debris away, and started over.

Now I say we started over , but I recognize that since we have a mind to think and remember with, that there really is no such thing as starting over with a blank slate. Deep in our minds are memories from 50 years spent in the Christian church and 25 years spent in the pastorate. These things will forever be with us. The good, bad, and indifferent. The wonderful experiences and the painful, hurtful experiences too.

As human beings we are the collective sum of what we have learned and experienced in the past. While we like to think we KNOW where we will be months or years from now, the truth is we really don’t know what the future may bring or how our life will be.

If someone told me ten years ago that I would be an atheist and my wife an agnostic I would have suggested that they seek immediate psychiatric help. As far as Christians go, and as far as Christian pastors and their wives go, Bruce and Polly Gerencser were as devoted and committed as any Christian or ministry couple. Yet, here we are……..numbered among the godless, the most despised people in America.

When we decided to start over we knew that we were going to have to confront many personal and marital issues. Wiping the slate clean forced us look at what we really believed about most everything. At times, the process made us fearful. What if we decided that we didn’t want to married to each other? Once free to think however we wanted and to decide for ourselves what our moral and ethical foundation was, there was a real danger that this process could lead us apart rather than together.

I can only imagine how great a struggle it was for them as they watched their parents not only leave all they ever knew, but repudiate it and embrace a godless worldview.

Former friends, parishioners, and fellow pastors reacted with horror and anger over our leaving the Christian faith. We have been accused of all sorts of things and our Christian past has been dissected, discredited, and discarded. We spent a lifetime building relationships with people and it only took saying, I don’t believe, or I am an atheist, for almost all of those relationships to disappear. We paid a huge price for being honest and open about the journey we are on.

Over the course of the past four years we have had to slowly build our new home. Our marriage not only survived but it is the best it has ever been. Nirvana, it is not. We still fuss and fight. We still have personality quirks that drive each other crazy. But, at the same time, we are far more accepting and loving, not only of each other, but of humans in general.

Our lives are very different these days. Polly graduated from College this Spring. My continued physical debility has radically changed how we live, how we earn a living, and what we can and can’t do. Since our “sin” list now fits on a 3×5 card, we are free to do many things and go many places that were verboten in our previous life.

We are free to dance, drink, and party, even though we don’t. Last year, as a purely educational experience, I took Polly to an adult oriented store. Having been raised as a Fundamentalist Baptist pastor’s daughter she was quite sheltered and naïve when we met and she remained this way for many years. Needless to say the trip to the adult store was an eye opener.

Some readers of this post are likely you suggest that we left Christianity because we wanted the freedom to live however we wanted. And they would, to some degree, be correct. However, we ultimately left Christianity for intellectual reasons. We came to the conclusion that the claims of Christianity were not true and the Bible was not in any way a divine, God inspired book. We came to see that our lives had been built upon a foundation that was not true.

Once the Bible was removed from the discussion we were now free to chart our own course. Free to determine for ourselves what is moral and ethical. We are now free to experience things and go places that were considered sins for most of our lives.

Some readers, thinking we threw out the baby with the bath water, will say, But Bruce, you were a Fundamentalist Baptist.. Everyone knows how legalistic, how narrow minded Fundamentalist Baptists are. This claim might have some merit IF we had remained Fundamentalist Baptists over the course of 25 years in the ministry. But, we didn’t. By the time I pastored my last last church in 2003, I was a social gospel progressive, Sojourner loving, emergent church friendly, Democratic pastor. My pastor friends routinely labeled me a l-i-b-e-r-a-l.

So the process that led us to where we now are began in the 1990’s. People who are “born-again” oriented tend to view things in a black and white manner. Saved/Lost. In/out. So when these types of people see we are now numbered among the godless they, judging us through their own experience, think we had some instantaneous experience where we went from saved back to lost.

That is not how it worked for us. It was, and remains a process. We fully expect that the process will continue until we die. We fully expect our journey will have many bumps, crooks, turns, and reversals. We have no doubt there will be times where we part ways and walk different paths from each other. That’s OK. We are free to be who we want to be. We are free to follow the path where it leads. No more thundering sermons telling us NO. No more Christian books telling us the evil of this or that human experience. No more living a life where the Bible is the compass and guide.

This does not mean that life is now easier for us. If anything it is harder. When the Bible was the standard by which all things were judged we didn’t have to think much. Just Obey. As the old song goes, Trust and Obey, for there’s no other way to be happy in Jesus but to Trust and Obey. Now we are forced to recognize that life is filled with gray and ambiguity and that sometimes there is no right or wrong answer. We have learned to be indifferent towards many things.

This is how we have chosen to live our lives. We are happy and our love for one another endures. Our children have embraced the new Mom and Dad and in many ways our relationship with our children is the best it has ever been. Of course, some of this may be due to the fact that they are getting older and more mature. Each of our six children have charted their own course through life. None of them remain Evangelical. Several are Catholic, several are *&^* if I know, and several are agnostic. To many people, our children are a huge disappointment, and Polly and I will answer to God for what we have done to our family. We, however, are proud of our children, proud of the lives they have chosen for themselves.

Polly and I are grateful that we have been given the opportunity to stat again. We are very aware that our story could have had a bad ending. But, it didn’t and we hope this new lease on life will be one we do not squander. We hope that our best days lie ahead.

Read all by Bruce Gerencser

June 5, 2012 Millipede Part 7
Recent Comments
12 Comments | Leave a Comment
Browse Our Archives
get the latest from
Nonreligious
Sign up for our newsletter
POPULAR AT PATHEOS Nonreligious
1

'Satanic' school head, pictured with a...
The Freethinker
Related posts from No Longer Quivering