To Stand Up and Speak: The Spiritual Abuse Survivor Blog Network 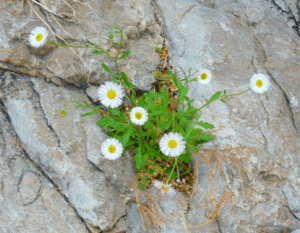 by Melissa Permission to Live

My sister was the one who introduced me to No Longer Quivering. She didn’t actually mean to, she told me she was reading a website called Quivering Daughters, and when I googled it I found No Longer Quivering instead. I wanted to make sure that this was a good thing for a Christian to read, and so I looked around for what the conservative Christian community was saying about the website, and read that the founder of the site was a raving atheist and a lesbian. Of course neither claim was true, I believe at that point Vyckie Garrison was only questioning her faith, and even though she now considers herself an atheist, I have never experienced to her to be someone who attacks people of faith. I don’t know where they got the lesbian claim, but I think that was scary for me because of my own same-sex attraction that I was determined to ignore. That was enough to keep me from reading. It wasn’t until several depressive years later that I happened on No Longer Quivering again.

Anger had just begun to bubble to the surface of my depression, and had prompted me to stop spanking my children (a decision I still feel changed my life) I didn’t know why I was angry, but I knew that I was starting to question some of the parenting choices of the Christian patriarchy movement I had grown up in. I had just begun a small blog I called “Musings of a Young Mom” where I wrote about the day to day mishaps of motherhood and explored my interest in the Catholic Church. One evening surfing the web, I happened on an episode of the TV series “The Secret Lives of Women” which interviewed women from the Quiverfull movement. I still considered myself Quiverfull at this point, so I watched with interest the first 2 women talk about how blessed they were and how much this ideology meant in their lives. I watched the many many children run around on the screen and saw the familiar long dinner table and the piles of laundry and the older sisters caring for younger siblings and proclaiming their hopes of becoming a Quiverfull mom themselves someday. “Just like me” I remember thinking, “that was who I used to be, and now I am the person they want to become.” Then the final segement of the episode came on, with Vyckie Garrison and her daughter Angel. They spoke of their experience of living in the Quiverfull/Patriarchal mindset, and how eventually Angel had attempted suicide which prompted Vyckie to get out of the movement -leaving everything behind- and reconsider all that she had believed.

Out of nowhere I found myself sobbing through the whole thing. Not the sympathetic watery eyes type of crying, this was the ugly streaming nose kind. I was shaking all over, my chest ached, memories in my head clashing with what I had been taught. I understood how Angel could get to where she did, I had thought about killing myself so many times. The seed that had been planted several years before when my sister ran away from home started to grow. Could the Christian Patriarchy be wrong? Could the Quiverfull mindset to which my purpose for existing was tied in my head, be harmful? And I talked, and talked and talked, and cried. My spouse listened patiently to everything I had never revealed about my childhood, all the things I had hidden because I wanted people to like my family, because I loved them. I thought about it for weeks afterward, and slowly I started to read the accounts from many other women who had left the movement, and girls who had grown up the way I had. For the first time I knew I was not crazy. My experience was real. If this many people were having the same experience in this theology, I was not alone. For the first time, I started to ask questions, and for the first time I realized it was OK to get help.

My journey bled into my blog. Writing isn’t just something I like to do, it’s part of life, part of survival, part of how I process the world and think things through. I wrote about my questions and my breakthroughs, and people like Hillary and Libby, Vyckie and Amy and Joe and others came right along side me. Eventually I got help, going to counseling for the first time. And I am still on that journey today. Asking who I am for the first time, putting one foot in front of the other.

Vyckie has a heart for survivors of abusive spiritual systems, and continues to reach out to those still living lives that others have mapped out for them. Recently she started The Spiritual Abuse Survivor Blog Network, a compilation of people who have traveled out of the extreme religious mindsets they once adhered too, and write seeking to warn and help others who are still there or trying to get out. I was surprised and honored to see my own blog included on that list. I encourage you to check out some of the other bloggers in the network, they all have very different stories, and different journey’s, and different conclusions. And yet here we are all together, trying to put ideas into words, telling each and every person out there trapped by a ideal logy that is damaging them, you are not alone, you are not crazy.

Roadkill on the Information Superhighway – Calulu

The Phoenix and the Olive Branch – Sierra

Baptist Taliban and Beyond – Cindy Foster

Dispelled: One Girl’s Journey in a Homeschool Cult – Chandra Bernat

Read everything by Melissa

June 22, 2012 Millipede: Part 10
Recent Comments
0 | Leave a Comment
Browse Our Archives
get the latest from
Nonreligious
Sign up for our newsletter
POPULAR AT PATHEOS Nonreligious
1