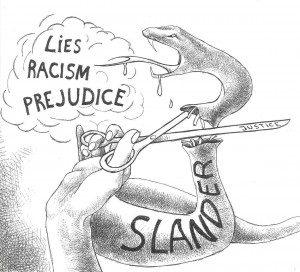 (Editor’s note: Many of our NLQ writers have sounded off on this situation. To see more visit Libby Anne, and Incongruous Circumspection. There are others who’ve also written of what happened that are worth checking out – Rachel Held Evans, The Friendly Atheist, Sarah Over The Moon,  Dianna Anderson, and Are Women Human.)

Femina has been lighting up like a Christmas tree since The Gospel Coalition blog post that threw Doug Wilson into the spotlight for arguing that egalitarian sexual relationships were unnatural and that if “authority and submission” aren’t honored in sex, men turn to rape to fulfill their animal urges.

Now Wilson’s wife, Nancy Ann, has joined the fray:
10 Reasons to be Glad When Your Husband is Slandered

It’s mostly fluff: reasons like “It makes you grateful” aren’t exactly “reasons.” Nonetheless, there’s something strikingly similar about this response to the response of Michael Pearl to critics after 10-year-old Lydia Schatz was beaten to death by her Pearl-following parents.

1. It makes him look good.
Of course it does! Karen Grant said that “big lights attract big bugs” and if there are some big uglies out there around the light, well, he must be big enough to be a threat to bring out all the bugs. And the light usually sticks around longer than the bugs.
…
3. It’s a good sign.
It’s a danger sign, according to Scripture, when everyone only has nice things to say about you. (Luke 6:26)

4. It’s a reason for a party.
If Jesus says we are to rejoice and be exceeding glad when people spread lies about us, then that means God wants us to throw a party! (Matthew 5:11-12)

6. You are in good company!
Jesus was slandered, Paul was slandered, and most, if not all, of the prophets and apostles were slandered. What great preacher was not slandered? Your husband must be doing something right. 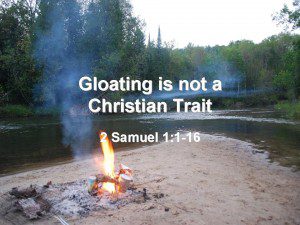 And here’s ‘Laughing’ by Michael Pearl:

I laugh at mycaustic critics, for our properly spanked and trained children grow to
maturity in great peace and love.

My five grown children are laughing at your foolish, uninformed criticism of
God’s method of child training, for their kids-my 17 grandkids-are
laughing . . . because that is what they do most of the time.

My granddaughters laugh with joy after giving their baby dolls a spanking
for “being naughty” because they know their dolls will grow up to be the
best mamas and daddies in the world-just like them.

Even my chickens are laughing . . . well, actually it is more like cackling,
because they just laid another organic egg for my breakfast and they know
that it was that same piece of ¼ inch plastic supply line that trained the dogs
not to eat chicken.

Several writers have called out Michael Pearl for his arrogance and insensitivity in the face of a child’s death. The condescension in Nancy Ann’s response is barely a notch less overt. In a nutshell, both responses are empty posturing. “Too bad for you, I’m right, and your criticism only makes me more right” is pretty much the sticky residue you get after you boil off the redundant parts.

If being slandered means being right, your own daughter just made Rachel Held Evans a saint and a prophetess.

The criticism of Doug Wilson’s words did not stray nearly so far into slanderous territory as Bekah’s criticism of Rachel did. Joe’s criticism, by far the harshest, still focused on rebutting the false claims Wilson made. Bekah’s response, by contrast, was designed to malign Rachel’s character. This is the difference between substantive (if heated) critique and slander.

But let’s go a little farther.

If being slandered means you’re right, and means that God wants to throw you a party, what does that say about the rest of the people Christian fundamentalists like to slander?

President Obama may be the most-slandered president in American history.

Gay, lesbian, bisexual and transgender people are some of the most-slandered groups in present-day America.

Feminism has been slandered so much that many women refuse to identify with it anymore.

Atheists are slandered as having no morals.

Progressive Christians are slandered as being not really Christian at all.

You see, anyone can play at this game. The fact that Doug Wilson is being criticized has nothing to do with his following the example of Jesus (who, by the way, was really not a fan of religious authority) and everything to do with the fact that he wrote something at best stupid and at worst malicious. It is not persecution when people call you out for saying hurtful things. It is not martyrdom when your reputation suffers because of something you actually did.

Now, to borrow a few of the Religious Right’s favorite lines:

Doug Wilson, why don’t you take some personal responsibility for your mistake and accept the consequences?