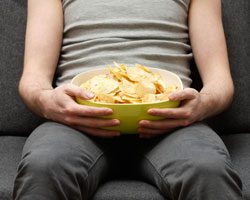 In truth, our Pastor was going through a period of soul searching. In the years that we first met him, certain issues had driven him into the Patriot movement which in turn had exposed him to different variants of Christianity.

Now, not quite a decade later, his experiences had found him wanting. He liked our church and the people in it, but he had also seen a lot of people leave in a huff. The hair splitting, the people who shied away from organized churches; coming from a traditional fundamentalist background, he felt that most people in the Patriot movement wanted to be a law unto themselves. He felt that they were Christian only on the surface and that they used it to justify certain viewpoints.

This in turn caused him to re examine some of the theological issues stances that he had taken since getting involved in the Patriot movement. It was a values check that in the upcoming year would take him back to his roots which were of the Independent/conservative Baptist variety.

There was another internal battle going on; one of a personal nature. Up until that point, my husband had been very tight with our Pastor. We comprised a small tight knit circle of friends who were bound by values. As a result, my husband was made an assistant pastor. Our pastor saw so much potential in my husband; his Biblical knowledge, his stances on issues, his love of church and theology. Sure, he saw some of the flaws, but he really liked my husband and wanted him to succeed.

So it must have hurt him to see my husband go down hill. Never one to successfully cope with certain issues, my husband could at least hold them at bay in the past.

Since losing his job, my husband started down the road to becoming a shut in. He would stay up until the early hours of the morning and then sleep most of the day. I would come home from work at 2:30 in the afternoon to find him sitting on the coach watching TV, in many cases he had only been awake for an hour or so. My husband suddenly developed a taste for soap operas. At first watching them because nothing else was on. Soon, he actually started following the story lines. My husband watching the soaps like the proverbial house wife; I couldn’t make this stuff up if I tried! I didn’t know whether to laugh or to cry.

One can’t live this way for six days a week and then affect a miracle of self control on the seventh day. My husband came in to church exhausted since he out of habit had not been able to go to sleep until 4 am. It was like a hang over without the booze. Church being church, it was bound to happen. Eventually, he started snoozing during service. I would nudge him awake, but often he would fall asleep again, his chin tucked on his chest like a pigeon.

This did not escape the notice of our pastor. He saw my husband transformed from an eager listener to a vacant nodder. He had helped my husband so much and now my husband acted like he was zoned out most of the time. Once time the pastor preached a message that I could have sworn was aimed towards my husband. It contrasted the fire of an early believer to the burnt our embers of someone who has lost their zeal for Christ. It was not a message of condemnation, but a heartfelt plea to a friend. this man had been a close friend to my husband and it killed him to see him behave in such a slothful and uncaring manner. I had never complained about my husband’s character flaws. our pastor totally against a wife complaining about her husband to others unless it was some sort of extreme abuse. He saw anyone getting involved with a complaining wife as being in the wrong since they would be usurping the husband’s authority. Had I wanted to complain to him, he would have no doubt told me that I should go to my husband with these issues. So I didn’t let on about the things like spending down the money, the laziness and so on. However, being such close friends, everyone picked up on things. Firm believers in Patriarchy they were, but that didn’t stop our friends from noticing things about my husband.

Our pastor tried for a while and then at some point he must have seen the writing on the wall. The worst flaws of my husbands character were a good part of who he really was. Like a ship that had a faulty compass; it was my husband’s own nature which had put him in bad circumstances. Worse, hitting rock bottom did not awaken a better nature. My husband was not going to pull himself up by his bootstraps or at make the most out of a helping hand.

It must have been heartbreaking. In many ways, it was a platonic parallel to what I was experiencing as a wife. Unfortunately, though our pastor was a decent and nice man, but he was also a firm believer in Patriarchy. It was due in many ways to his teachings that my husband embraced Patriarchy. The irony of it all did not escape me.

They say that the sound of letting go is quiet and how true it was…..