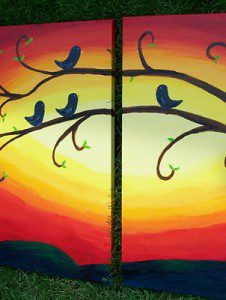 There in some ways like that of the old church, but with a new twist all elders had to live within a certain distance of the town in which the new church was located. I think that it was 20 miles or something. It was along the lines of the members being close knit, of fellowshipping through the week

As a side note- this was not like a cult, our pastor (I hate to use the same term over and over) for all his patriarchy, was not into hardcore control over the congregation. In the past, he was not the type to kick people out over arbitrary stuff. In fact, he really tried to avoid strife within the church. Although he believed in church authority he was not a very controlling person. I got the feeling that he that he was trying to emulate the Purpose Driven church movement. He wanted a church on fire for God and this was his way of trying to kindle it. I think that he wanted to intertwine the church with ordinary life-Christianity as a way of life and so on.

However, there was no mistaking that this new rule cut my husband out of being an elder. We lived much further away and owning our land, we were not going to just up and move anytime soon. I do not honestly think that our pastor made this rule just to exclude my husband. As I mentioned before, it was part of the new closeness that he was trying to encourage. On the other hand I think that the new rule also served the purpose of making sure that my husband would not be an elder again. It got our pastor off the hook of having to confront my husband. I think that if the new church thing hadn’t opened up, our pastor would have let my husband go from being an elder in the church, something in light of the previous close friendship that they had shared, he was loath to do.

I felt torn; on one hand I empathized with my husband. I think that our pastor was trying to handle the whole thing without being mean to my husband and yet it was plain as day what was going on. In some ways, the indirect approach was just as bad. What was really bad is that neither my husband nor our pastor were direct with each other. My husband denied the severity of his personal problems and our pastor didn’t want to pry. Yet his actions made it plain as day that he now felt differently towards my husband.

On the other hand, I completely understood why my husband had lost his place so to speak. The sloth, the wanton waste, the inability to exercise self control; these faults had wreaked havoc on my life. Our pastor (as well as other members of the congregation) coming to know the heartbreaking truth about my husband. In some ways I empathized with our pastor, the help, the overlooking of faults, seeing the good; in many ways he and the others at church had aced just as I had in my marriage. My husband had blithely ignored the gentle attempts to reach out to him concerning his problems as he didn’t really think that he had serious ones to begin with.

An aside note; unlike the submissive wife that they touted, these guys had a way out; they could simply walk away. Me and other women, we still had to live with our patriarchs.

The new bylaws, the new church, my husband saw the writing on the wall. It hurt him deeply, but like most of the men for all the head of household crap and manly man garbage, they tiptoed around each other like a couple of ballerinas. I laugh thinking about it now. At the time, I had a lot mixed feeling; sadness, loss, a little grief even.

However, I was also secretly glad. Very glad to be honest. The thing was that our pastor was not the only one letting go….

July 23, 2012 Revisiting NLQ FAQ: Should There Be a "You" in Quivering?
Recent Comments
6 Comments | Leave a Comment
"This is late, partly bc of my preoccupation and partly bc I'd been slowly reading ..."
Jennifer Serena’s Serenity – Luxury Hotel, Birthing ..."
"Thank you for your commitment to truth and love, Suzanne. Best wishes to you and ..."
Meredith Anne Not a Goodbye, More of a ..."
"For what it's worth, I've learned a lot from you about a Very Creepy movement ..."
Gwen Pryce Not a Goodbye, More of a ..."
"Unfortunately, this kind of satire (if it even is satire) is what gives Christianity the ..."
Emily Is Biblical Gender Roles a Big ..."
Browse Our Archives
get the latest from
Nonreligious
Sign up for our newsletter
POPULAR AT PATHEOS Nonreligious
1

Nonreligious
If I'm Never Ready, I Can at Least...
No Longer Quivering 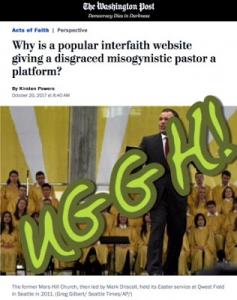